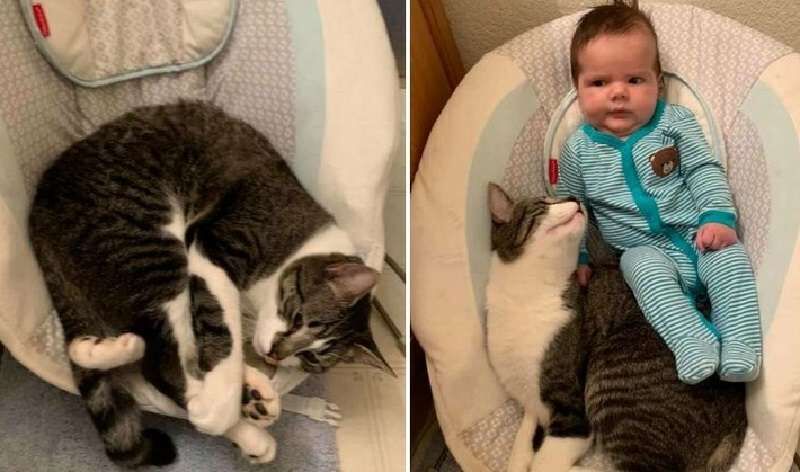 Parents bought a swing chair for the baby, but their cat named Flynn was sure from the very beginning that this gift was for him. The cat named Flynn had never been particularly affectionate before until one day his owner became pregnant.

He began to treat her surprisingly tenderly and followed her with his tail wherever she went. 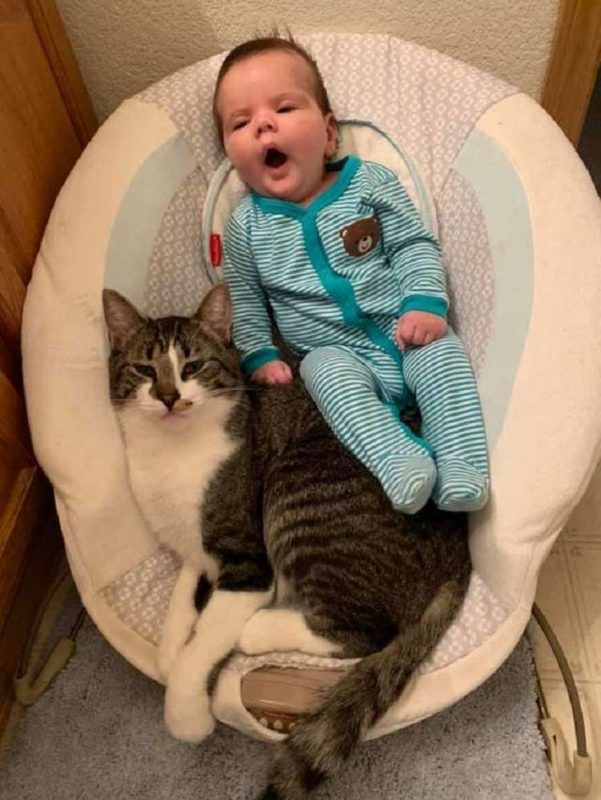 When a new family member, Rory, arrived at the house, Flynn’s heart melted. He immediately fell in love with his little human brother and became his daily nanny and faithful guard. The cat did not leave the baby.

Flynn was also very interested in new toys that were bought for a child. For example, the cat took a fancy to the swing chair that they recently bought for Rory. 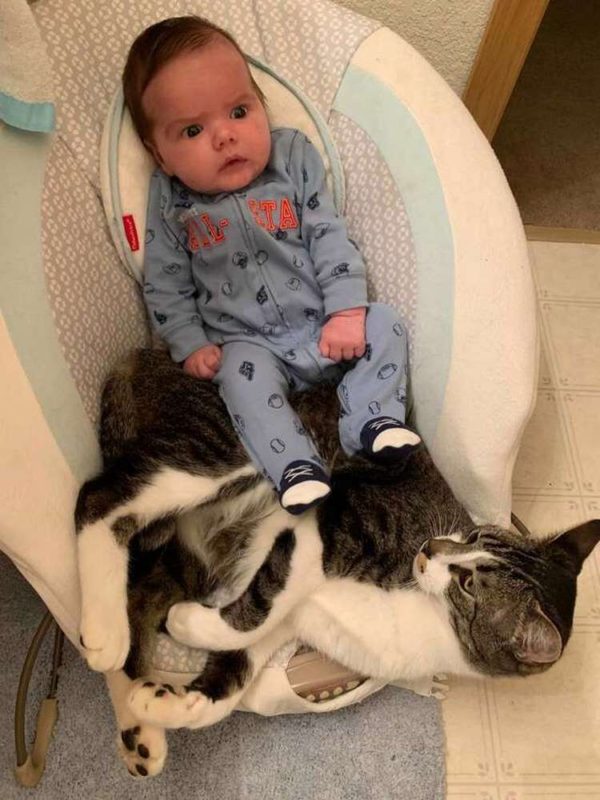 “Flynn climbed into the chair every morning,” says the owner, Rachel. He definitely considers it his own. This is his favorite sleeping place after breakfast.

Every morning, when the mother carries the baby to the highchair, she sees the cat lying there, which is not at all enthusiastic about any neighborhood.

Then, the owner decided to put her son right on the impudent cat – and even this does not work! Pushing Flynn out of his chair was a daunting task for Rachel, and she was forced to resign herself.

“Flynn loves Rory, and so when I put him on top, he started licking him and then himself. While I ran for the phone to take a picture of this couple, Flynn just stared at me suspiciously, not moving from his place!

The imperturbable Flynn remained calm and clearly did not understand why the kid decided to use “his” high chair.

Prisoners are taking care of animals, the best correctional labor in the US