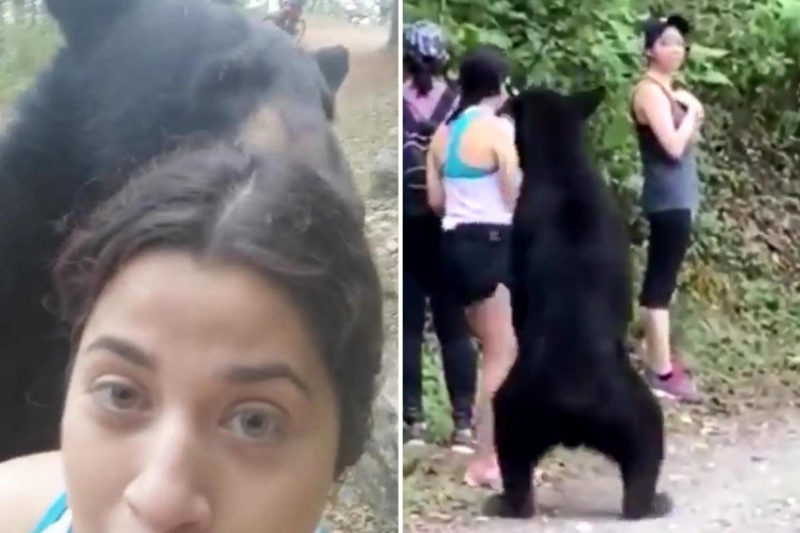 It’s one thing to watch funny videos with cubs, and quite another to meet them directly, and not through the bars in the zoo, but in their natural habitat. Sometimes wild animals can’t bear to see us in their place, sometimes they are just hungry.

This was not expected by a group of tourists in the Ecolohico Chipinque National Park in the Mexican city of San Pedro Garza Garcia. 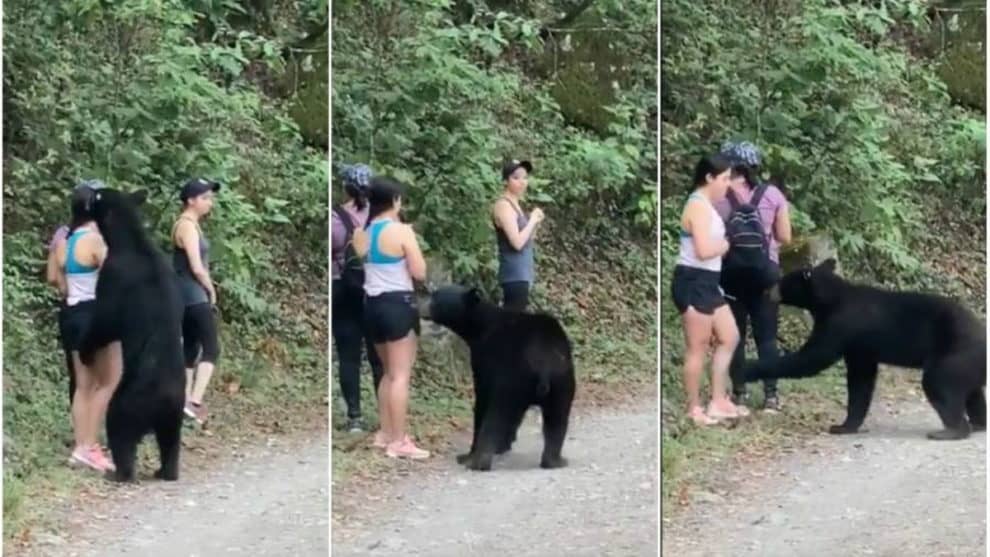 A group of women was quietly strolling along the paths of a wildlife park when a bear came out of the forest towards them – not very big, but not small either. The tourists acted wisely and did not run away, but froze in place. 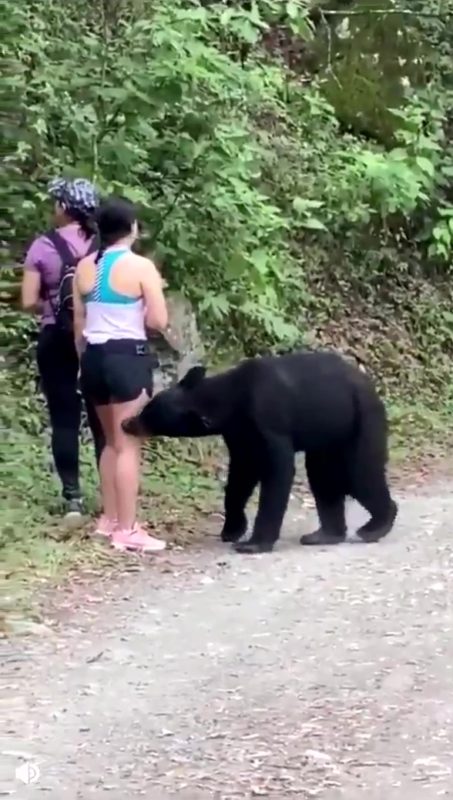 The beast began to study one of them especially carefully and sniff her hair. When she tried to move away, he even waved his paw at her, so standing still is really the best tactic in such a situation.

Meanwhile, the girl herself even managed to take a selfie with the intruder!

Fortunately, the bear soon left, and the tourists were barely alive from fear.

This story can teach us a lot. None of us know what may happen tomorrow. Watch the video below to realize what it’s like meeting a bear and staying calm.