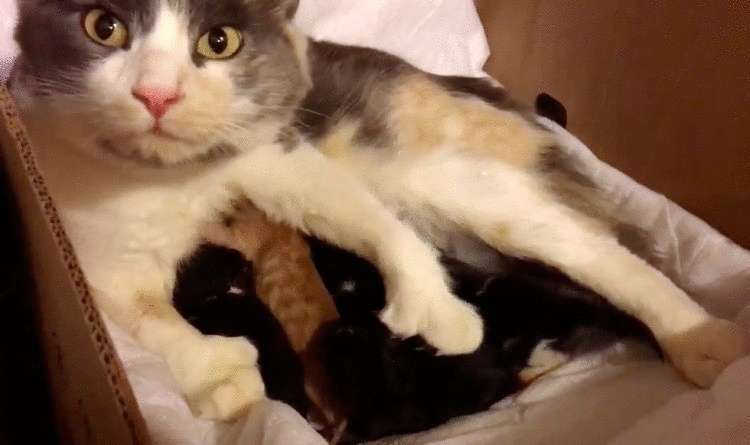 A pregnant stray cat came to the doorstep of a married couple, hoping to find a safe haven for her future offspring.

The friendly vagrant has been spotted around Montreal, Canada. She was on the floor and was looking for a place to give birth. Then she met two cat lovers who decided her future fate. 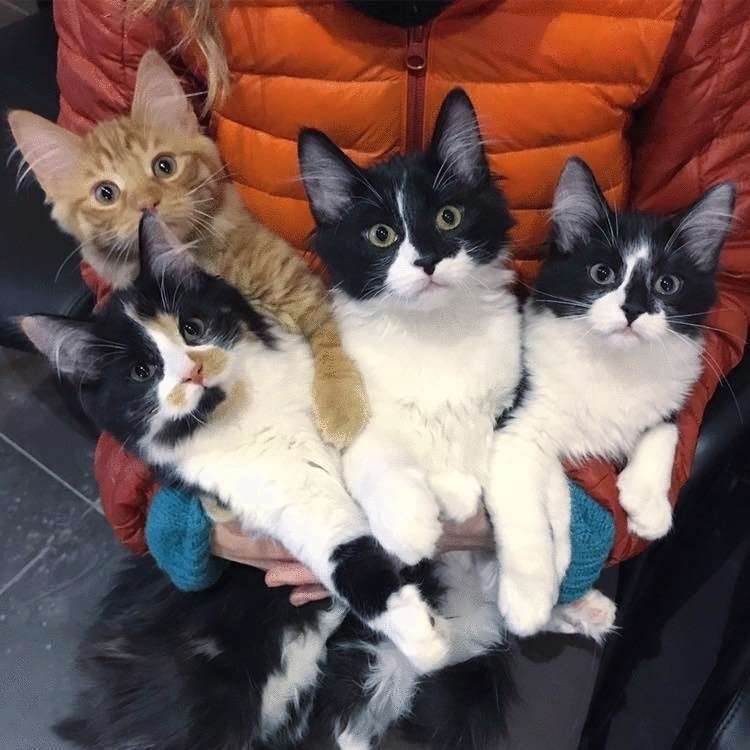 They opened the door, and the guest walked straight in, looking as if she had lived with them all her life.

Shortly after her housewarming, she gave the world these tiny furries. They were born in a warm, cozy house, from birth they received care, food and the mother’s love. Four kittens survived, thanks to this miraculous coincidence, and began to prosper. 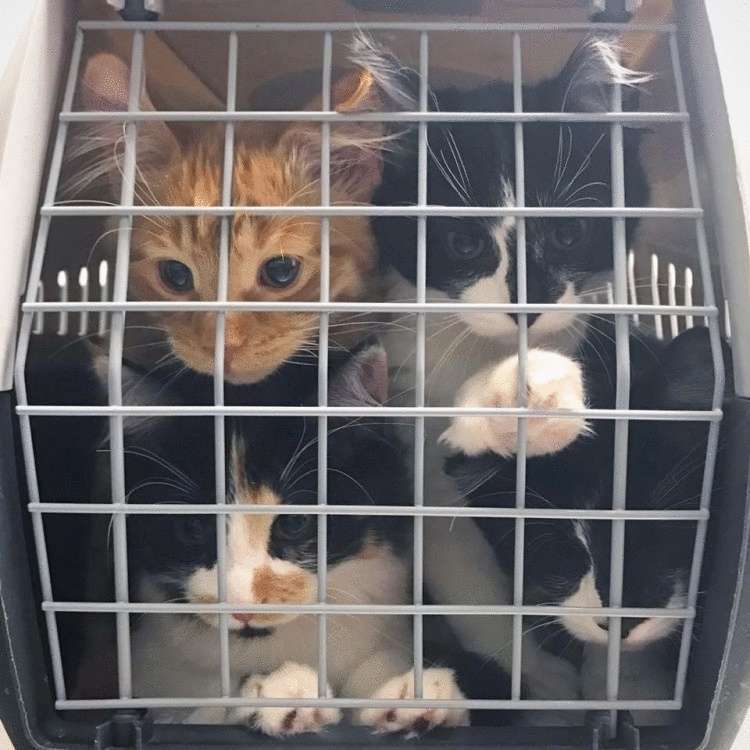 The couple fell deeply in love with the fluffy hero mother and realized that they simply could not part with her.

They rejoiced watching how sincerely the mother cat loves her kittens, keeps each of the babies well fed and clean, and teaches them all the feline things that she herself knows.

As soon as the kittens began to get used to solid food, the couple turned to the local rescue organization, named Chatons Orphelins Montréal, to put the babies in good hands with their help.

“Two dogs in one”, or the cartoonish dog from Thailand with a very special eyebrow