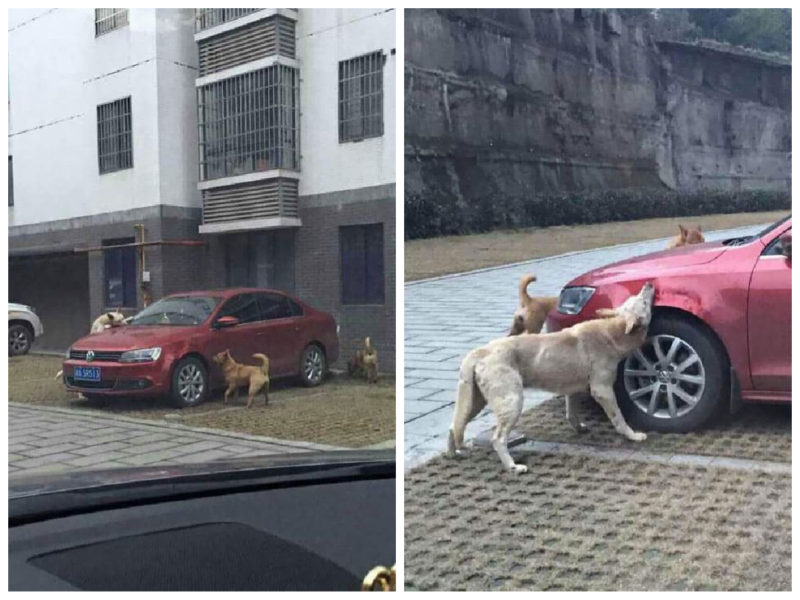 Dogs are sweet and loyal creatures. They love people and make good friends with humans.

However, when people are not kind to them, they can take revenge. Remember, to be nice to stray dogs as they are not only vulnerable but also know how to defend themselves and their friends. 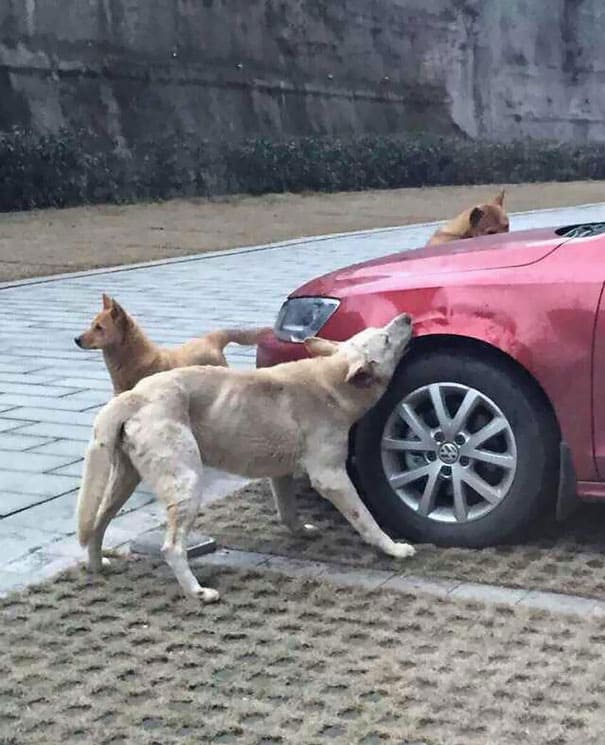 In this story, a group of stray dogs damaged the car of the man that had kicked their friend.

If people have friends that are precious, dogs also have buddies. And when it comes to protecting the one in need, they never hesitate to help him.

A man from China kicked a laying pup only to park his car. Later, the victim came back with a group of other doggies. They came to take revenge for their friend. 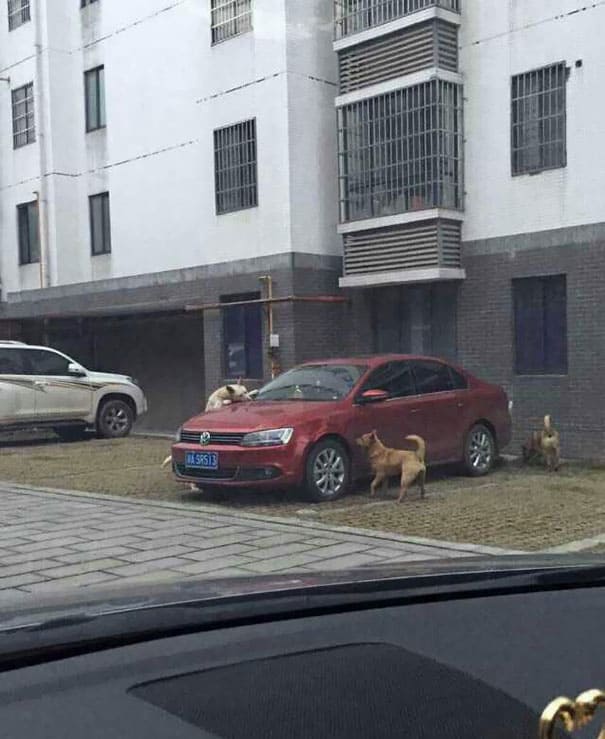 They tried to smash the car, chew up the fenders.

When the neighbor of the car owner saw the revenge sight, he footage the smashing process and later showed him. If not the neighbor, the man wouldn’t regret kicking the pup. 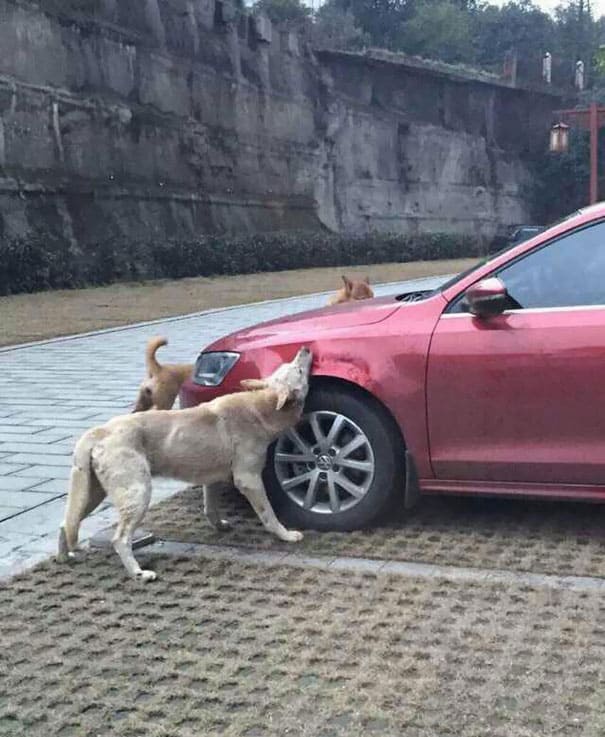 It’s important to know that dogs are not our enemies, they are good friends. Never hurt them. It’s painful to hear such stories where people can’t value these four-legged mates.

Love animals and they will love you back!

Stray dogs took revenge on the man who kicked their friend, they damage his car
Share on Facebook