Dogs are very intelligent and caring creatures. When they sense danger, they rush to help their owners. But it’s a rare thing to witness how a stray dog approaches a stranger man laying on the ground.

This is what happened in the streets of Turkey when an actor pretended to be injured during a performance. 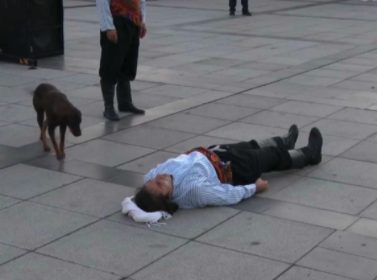 When he fell to the ground, moments later a stray dog appeared next to him hugged and licked the actor. Obviously, the dog had no clue about theater performances.

In his turn, the actor was performing his role so realistically that the dog believed in it. The scene was so heartwarming that the actor couldn’t keep his emotions. 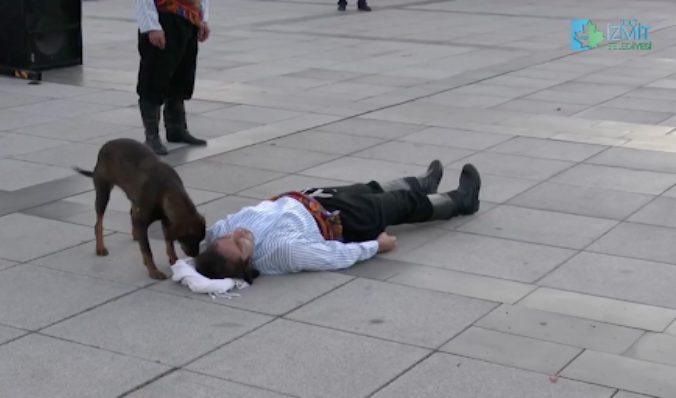 He smiled, and when the dog was removed, he continued his play. Unfortunately, the animal left the area. The next day the actor that had received the attention of the affectionate dog started searching the dog.

People around told him that the animal often wanders at that area. The actor hopes to find the kindest dog and treat him for his care and love. 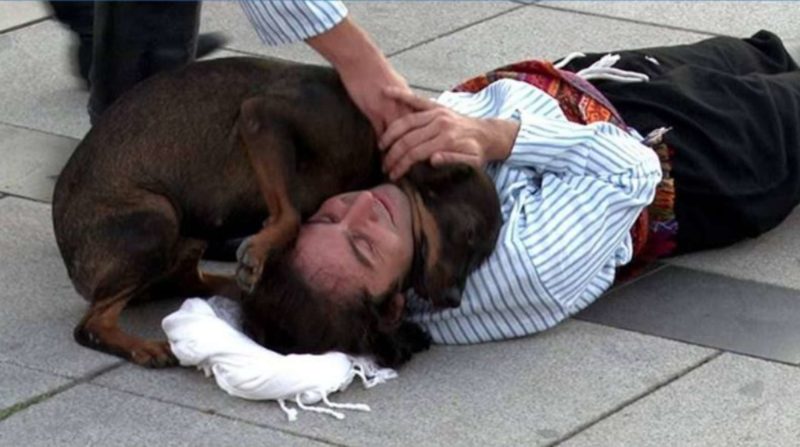 This incident was the most unexpected thing to happen during the outdoor theater performance.

The actor mentions that he will search for the dog until he finds it. What a great story!

Stray dog thinks that the actor laying on the ground is injured, so he rushes to help him
Share on Facebook