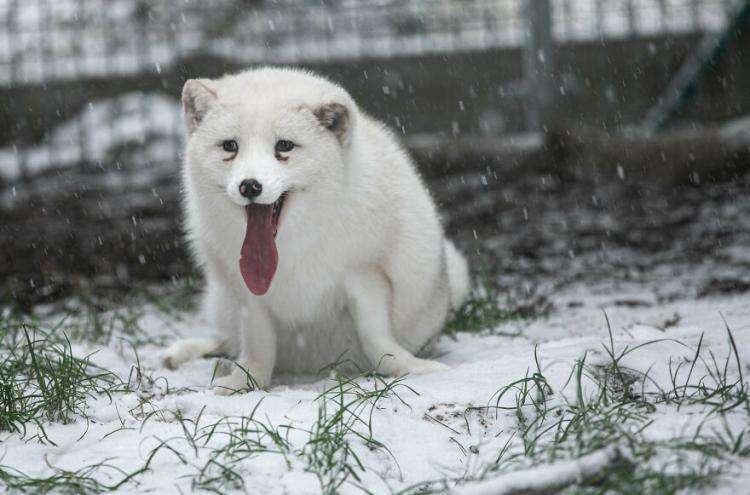 He’s not just white, he’s a snow fox! Because it sounds prettier, at least. The fox Machek has beautiful fur, which almost cost him his life because the fox at the fur farm was raised for slaughter for the sake of the skin.

But activists from the Polish group “Otwarte Klatki” (Open cells) intervened and rescued him. The fox grew up and for the first time in his life, he saw real snow!

Now he is fat and cheerful, but it all began like this: the fox, along with others, were kept in cold and dirty cages.

Veterinarians fought for his leg for several months, but it had to be amputated. And then a miracle happened in Machek’s life – he saw snow for the first time in his life! 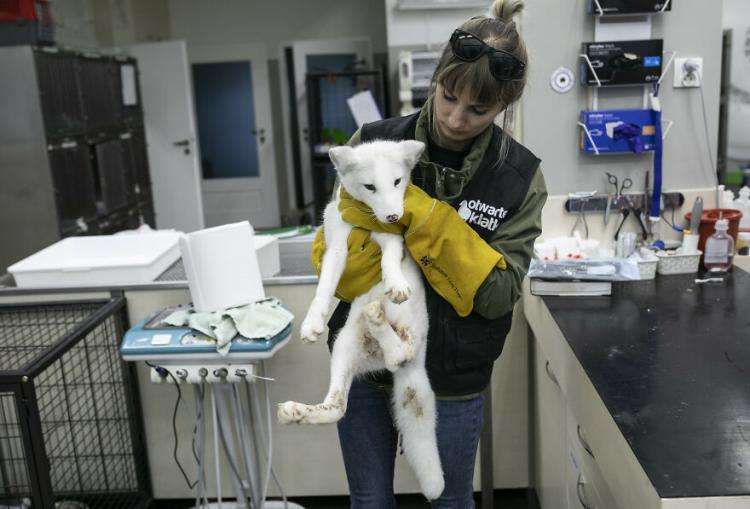 This is Clara the dog showing what to do. At first, Machek was scary and slippery – on three legs.

But he quickly got used to it! Machek met Klara when they were both puppies. 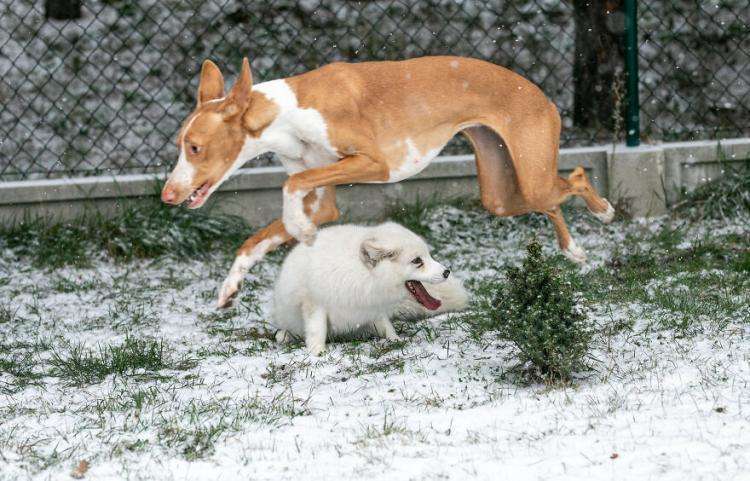 Joint fun games in the snow – is their new hobby! Say what you like, but snow is wonderful! Especially when you have such a wonderful fur coat!

Machek is really a snow fox and he is very cool in the snow! And it is also wonderful that the beast did not become part of someone’s fur coat and enjoys life.