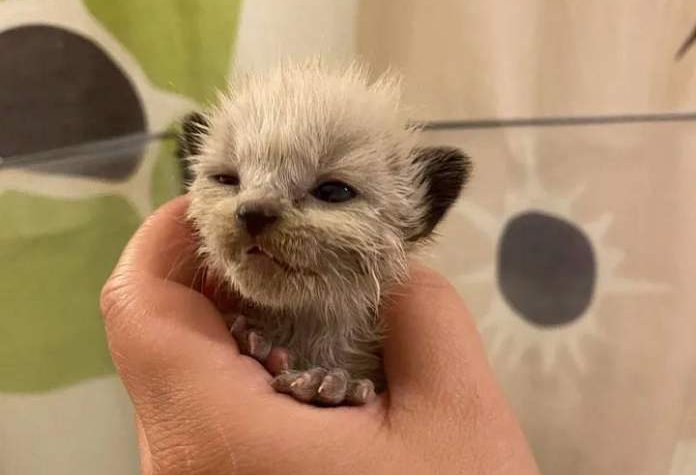 Fortunately, the small remnant of the cat’s strength was just enough to eat on its own. And even then he had to be given food every 2 hours through a syringe.

And what happened to his mother, brothers and sisters – it generally remained a secret with seven seals.

Laura, in addition to fighting dirt and fleas in Yeti, had to deal with his problems with the gastrointestinal tract.

But proper care, warmth and affection, balanced nutrition did their job – the cat came to life and began to recover, gaining weight, making progress in development and becoming more active and cheerful every day. 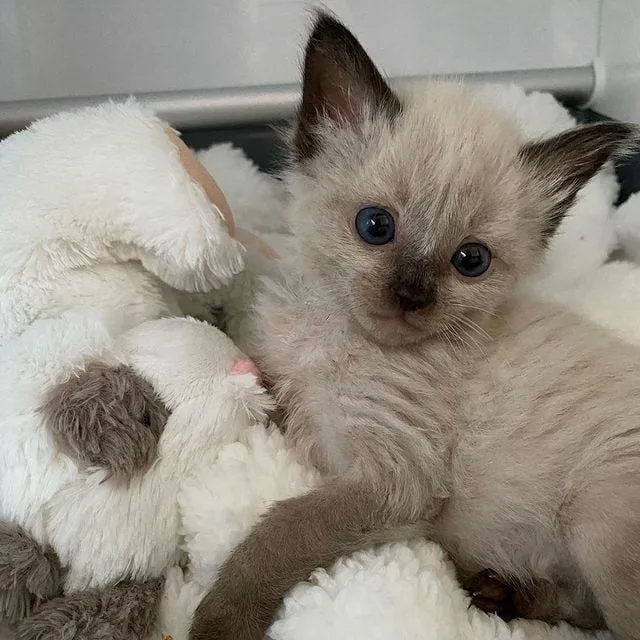 Adding, in addition to weight and size, also in fluffiness.

Yeti’s favorite toy was a plush puppy toy. So even when Yeti finally found new owners and a home, he went there with the toy – no one dared to separate this couple. 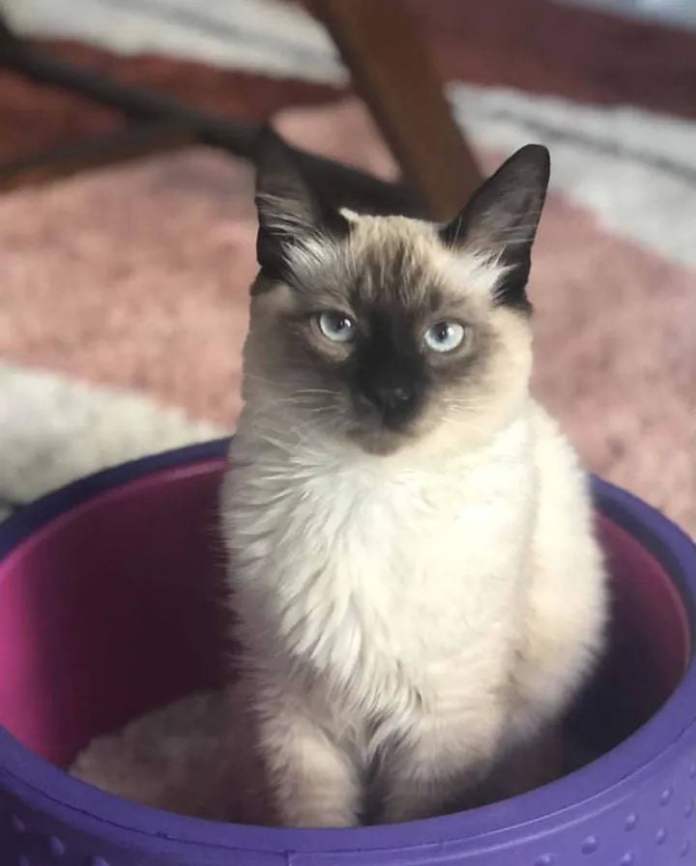 After a difficult childhood and obstacles, Yeti cat is healthy and mature enough to set foot in a new life.

Yeti (now Prince Labeija) commands his new family and captivates the heart of everyone he meets.

Siamese kitten was the only baby found alive. The handsome cat now has his family and favorite toy
Share on Facebook