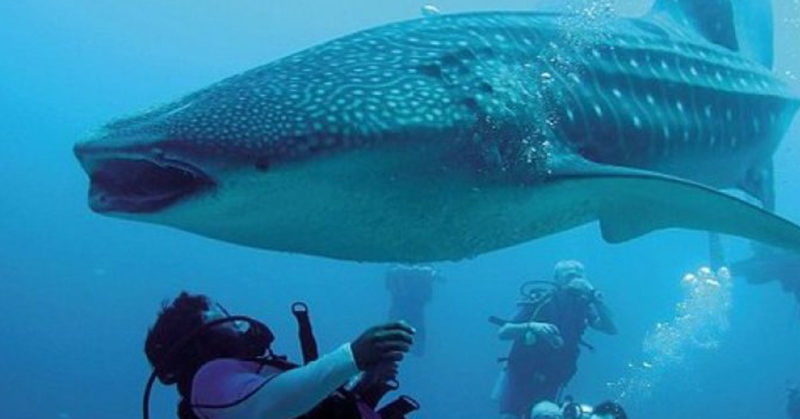 A few hundred miles off the coast of Mexico, near Socorro Island, an incredible thing happened. Suddenly, a shark grabbed a submerged diver by the leg.

However, no, not for the purpose of attack. And it doesn’t matter now, because the shark asked for help.

The diver was submerged in the water to conduct research of the sea when suddenly a really large whale shark appeared in sight. And all would be fine, but the predator began to draw attention to itself.

And when this happened, the man noticed the burden that was digging into the shark’s body. As it turned out, the whale shark escaped from merciless poachers.

The trap was from an industrial line in a marine reserve where fishing is prohibited by law.

It would seem that the predator is a predator, but the fish completely trusted the diver and was motionless while the latter was removing the already cut rope from the victim. 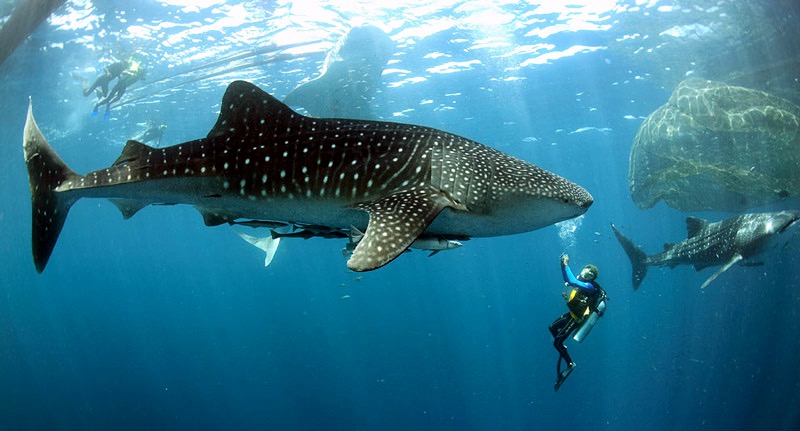 Apparently, the shark has long suffered from a stuck rope, a trace from which will forever remain.

At the moment, scientists are concerned that, due to human activity, whale sharks and several other species of marine life are threatened with extinction from the depths of wide waters. 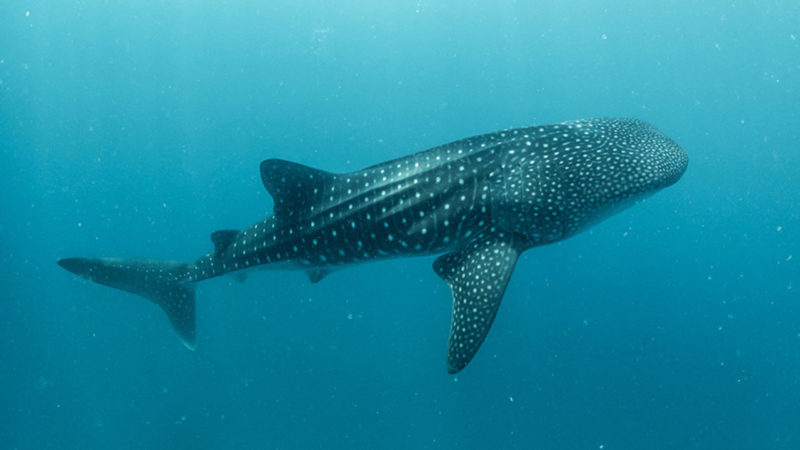 Statistics say that over the past 50 years, the number of this species has already halved.

The reason for this is the huge demand for their meat and fins. These delicacies are gaining popularity every day, and some gourmets are ready to give a lot of money just to taste a rare type of fish meat.

Shark grabbed the diver by the leg to ask for help. He was attacked and in desperate need of aid
Share on Facebook

This is the smartest dog in the world, her intelligence and abilities are astounding