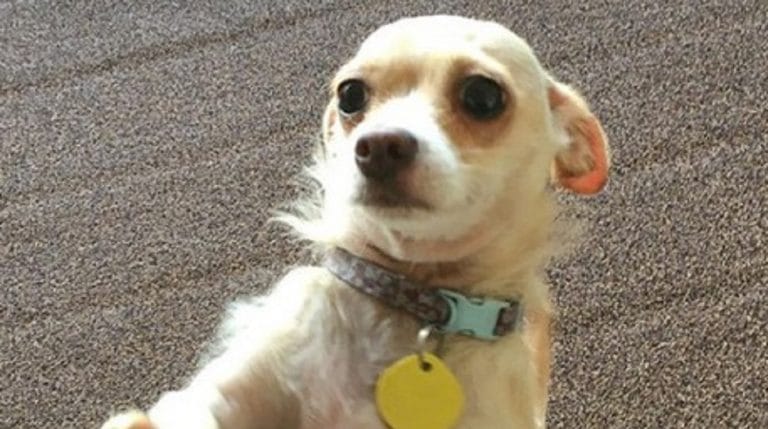 He has just started playing with toys, because before he did not know what it is to play!

This cute little dog’s name is Rusty Ratabaga. He was found in a local shelter, where he got from the street. The baby was so frightened that he pressed himself into a corner of his cage and trembled with fear. 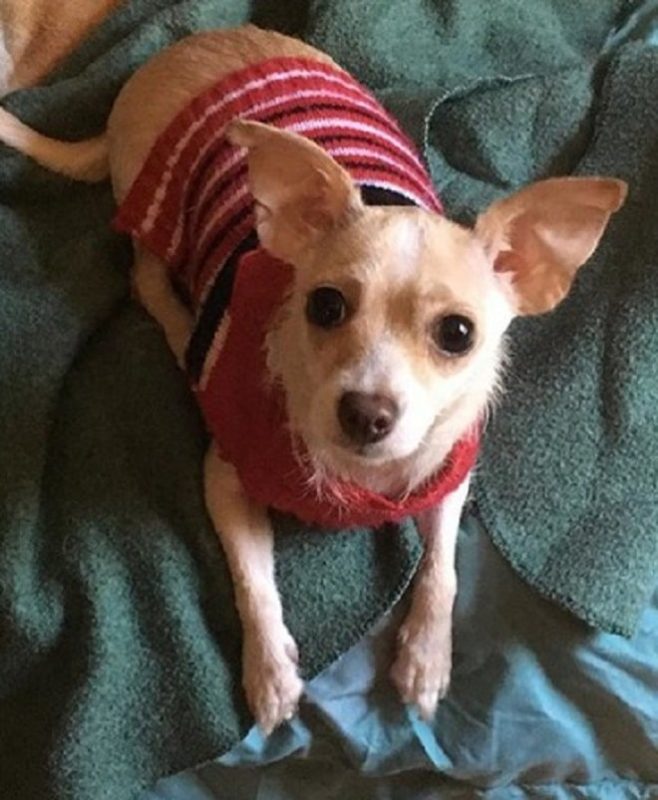 It is not known what the dog went through and why he was so scared, but in this state, the baby lived for two months in the shelter.

Potential owners who came to “adopt” the animal were not interested in little Rusty Ratabaga, because it seemed strange to them that the dog behaved like that. And the pup went into himself even more, living in stress …

But one day a kind person nevertheless paid attention to him. He decided to take the nice dog as soon as he looked at him. Yes, the baby was scared, but this did not bother the future owner. It is also interesting that the dog also felt a spark of trust in an unfamiliar man! 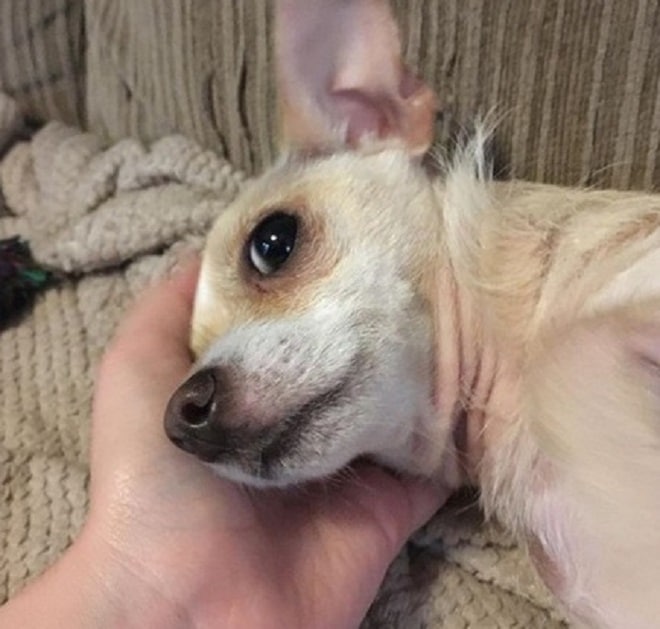 That is why the baby cautiously got out of the cage and timidly approached the standing person. The dog put his head in the hands of the visitor of the shelter, and he immediately realized that he wanted to take our hero with him!

At first, Rusty Ratabaga did not know where to find a corner to hide from the new family, and he was given a crib. He was nervous and shy, but when the owner’s dog appeared in front of him, he immediately cheered up! 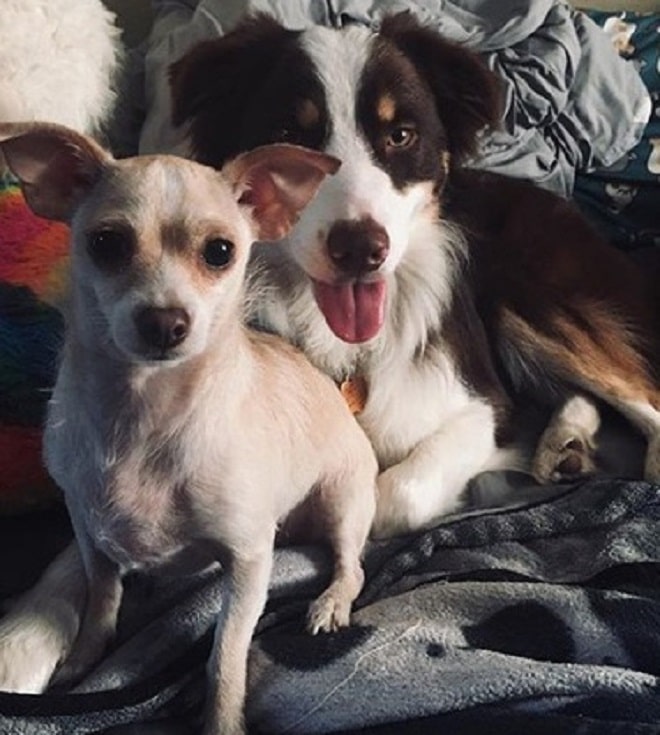 The pup is used to the fact that he is surrounded by dogs, so the four-legged friend instantly aroused his confidence!

A little time passed, and little Rusty Ratabaga became a cheerful and lively “boy”! Of course, he is often frightened if he hears some kind of sharp sound, but in general, the owners say that he is “a little goofy!”

Scary little Rusty Ratabaga finally has a loving home; he is no more afraid of people who surround him
Share on Facebook