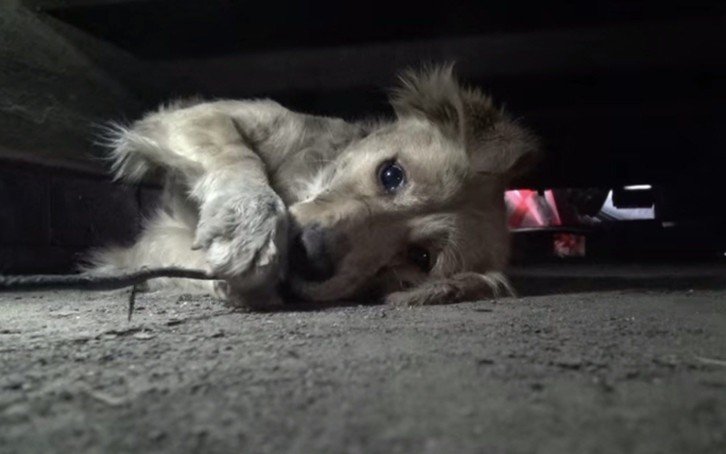 Stray animals face many difficulties. They lack food and a place to live. Unfortunately, not everyone is kind to them. Their everyday experience makes the poor creatures hide away from the cruel reality.

This is what happened with a dog that refused to walk out of the place he stuck and stayed for a long time. Rescuers have been catching this golden retriever for almost a week. A homeless dog used to have an owner, but he mocked him, beat and starved him. The animal has completely lost faith in people.

At first, rescuers tried to lure the dog with food, but this method was unsuccessful. The terribly hungry dog ​​did not even go to the food. 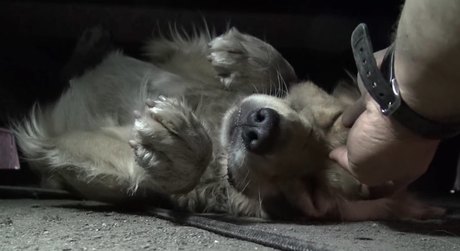 The volunteers wanted to use tranquilizers to put the dog to sleep, but then they still managed to corner the dog.

Even seasoned men could hardly hold back tears at the sight of how the dog hid in a corner and closed his eyes with his paws. They took him out of there for a very long time.

Now the dog lives in a shelter and is unrecognizable. He became a real handsome man, is not afraid of people and finally got what he lacked so much – love and care.