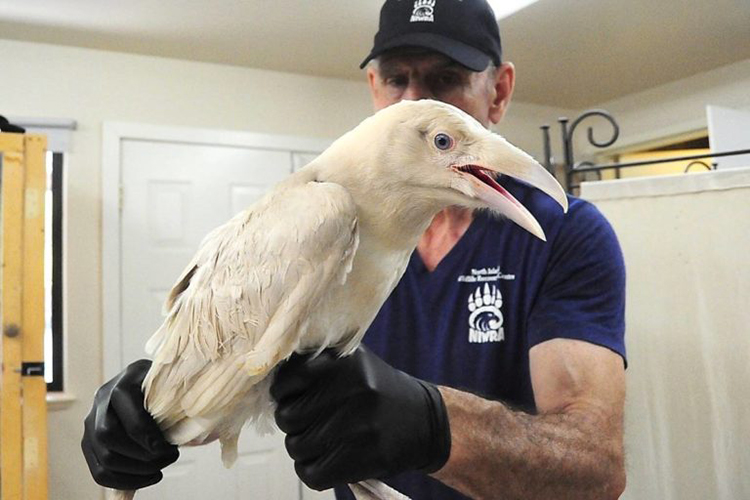 A special guest appeared on Vancouver Island. The young bird was given a title – ”sacred white raven.” In May, the bird was found in a poor condition and was brought to the center by a very kind man who noticed the poor thing in the oceanside.

The raven was too thin and unable to fly.

Derek Downes is one of the docs taking care of the white raven. He explains that the bird isn’t a true albino because of the little amount of melanin.

However, the small amount of melanin causes many diseases and health problems. Usually, animals and birds with this problem don’t live long in the wildlife. 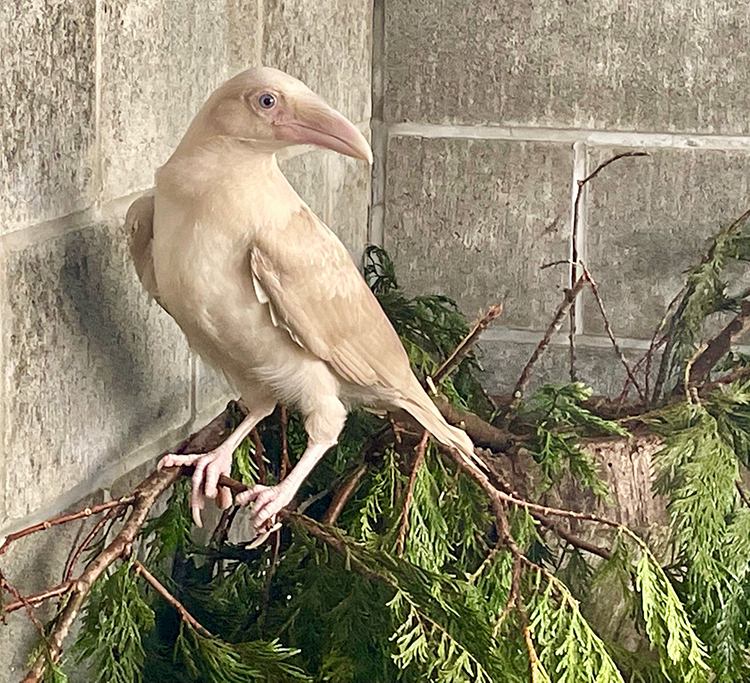 It’s interesting that these mutations live only in the area of Vancouver Island. They typically have a weak immune system. But this time vets are doing their best to save the injured raven.

Actually, they already have some success. They are feeding the bird because he refuses to be fed on his own.

He is having various antibiotics and vitamins that give a huge positive difference in the health of the white raven.

Now the beautiful boy is doing very well. Of course, he is still under the control of vets, waiting for a full recovery!

When this woman stumbled upon a wingless bumblebee: they had the most incredible relationship and now are inseparable
016
Comments: 2
Add a comment Cancel reply
TOP STORIES

Girl thought she was taking the puppy to friends, but it was a gift for her. And when she learned about it, she could not restrain her emotions