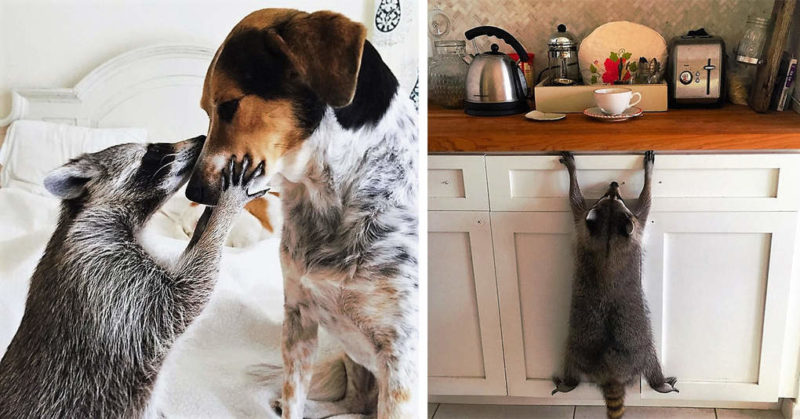 Rosie Kemp from Nassau, Bahamas, found a young raccoon cub that fell from a tree last year. The parents of the raccoon girl could not be found, and Rosie and her daughter Laura decided to go out and keep her.

The only thing is that Rosie’s family already had two little dogs. And Pumpkin somehow immediately became attached to them. Moreover, she began to adopt from them all the dog’s habits.

Well, that’s right: with whom you will lead … in general, now all three are playing and sleeping together. And Pumpkin is sure that she is no different from her companions. True, they fall into great bewilderment when their friend begins to climb trees. 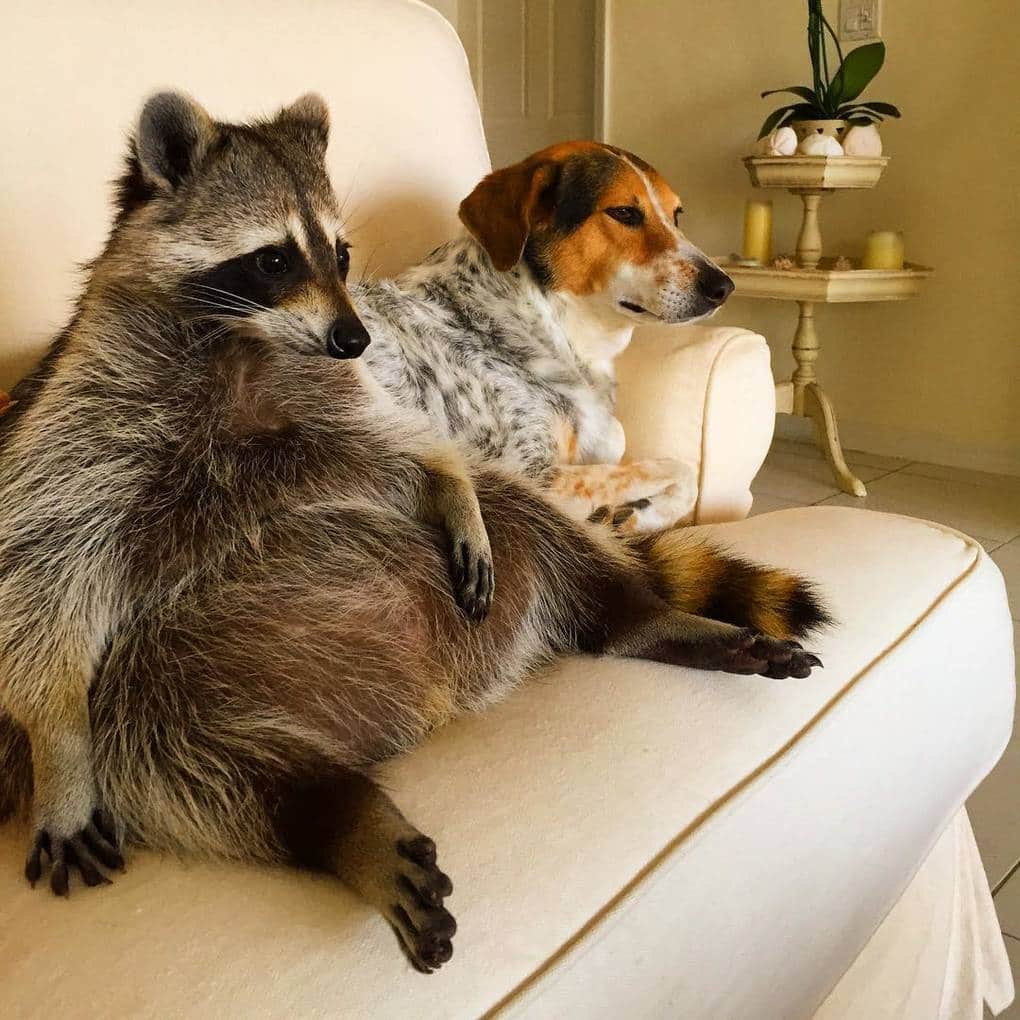 And if you briefly summarize what happened, you get this: A little raccoon with a broken leg was left to live with Rosie who found him in the yard.

Since the raccoon was clearly an orphan, the girl took the raccoon to the dogs living with her. The dogs adopted the raccoon named Pumpkin into their family. 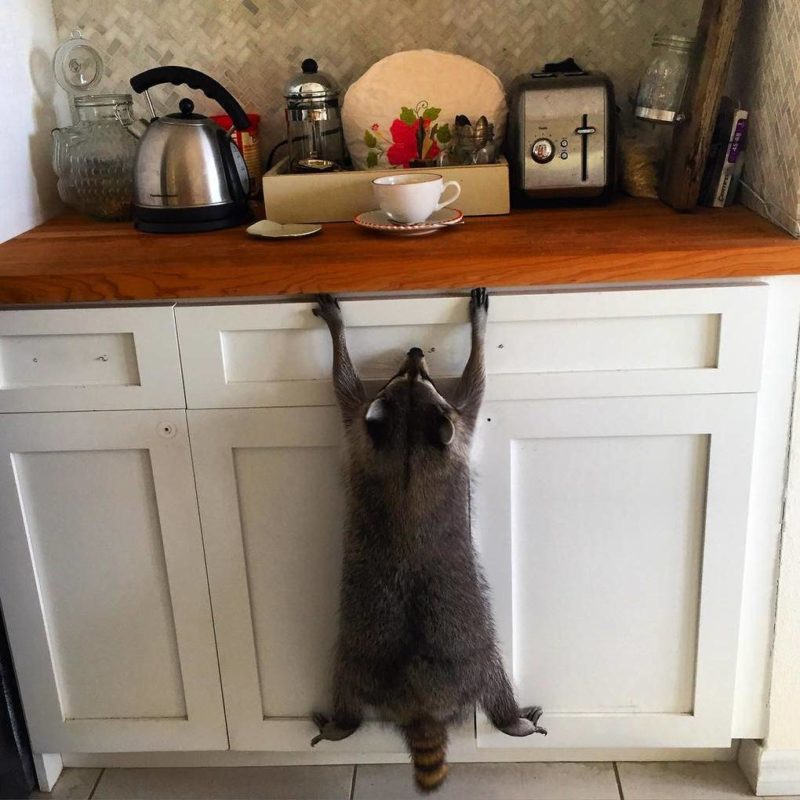 Pumpkin constantly keeps close to the dogs and follows them on their heels. Now she also considers herself a dog.

She is ready to play with them all the time, although she knows how to stop in time, keeping her distance.

Grooming Pumpkin isn’t easy, but Rosie is doing it.