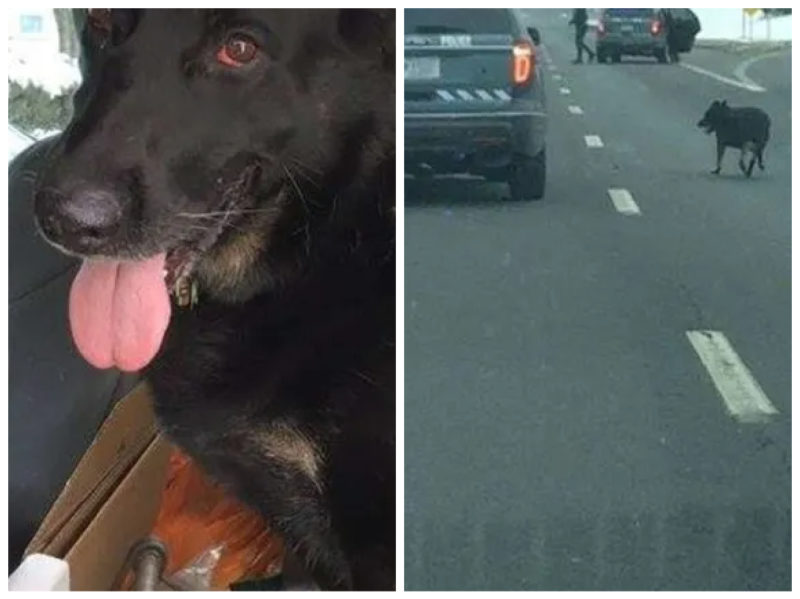 Lexi is a german shepherd that ran away from his owner’s house and got lost. She was noticed wandering on a highway. Police officers from the Massachusetts State Police and other officers from transportation came to the place of the incident to take the dog out of the road.

The dog was scared, so he was confused about what to do. Soon the officers stopped the traffic until they would convince the poor dog to walk over the highway.

Officer Malachy Higgins had a granola bar, so he treated the dog with a yummy snack. Latter didn’t refuse it and followed the officers to get her snack.

Finally, Lexi leaped into the police car. The mission was done. Lexi reunited with her owner without any injury. Her thankful owner had no words to express her gratitude.

One of the officers told that he would be devastated to lose his 5-year-old Australian shepherd. Having a wife and a 1-year-old child, the idea of losing the lovely dog would break their hearts.

Thanks to all the officers who put huge efforts in order to save Lexi and make her owner smile again.