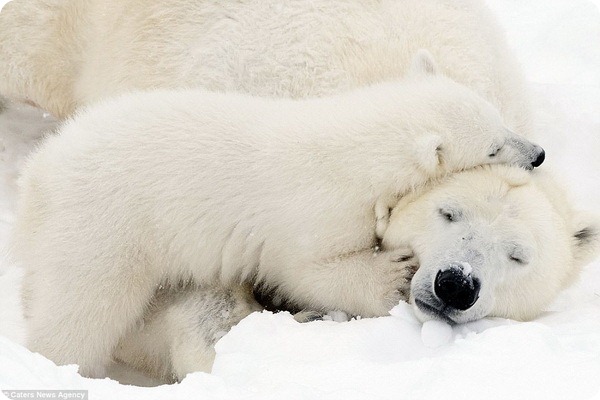 How fun the bear cub can spend time with his big mother, the polar bear. Photographed by amateur photographer John Daniels a female polar bear perkily plays in the snow with her little bear cub.

These wonderful photos were taken at Ranua Wildlife Park in Finland. John came to these places, fertile for polar bears, especially to photograph them during the period of new offspring. 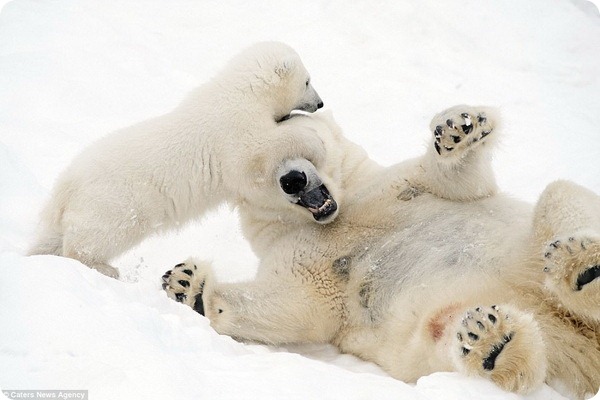 “I came to Ranua with the aim of photographing polar bears in their natural habitat. I really wanted to see the females with their cubs. And I was incredibly lucky that I met this she-bear with her teddy bear. My patience has been rewarded,” said the 64-year-old Englishman. 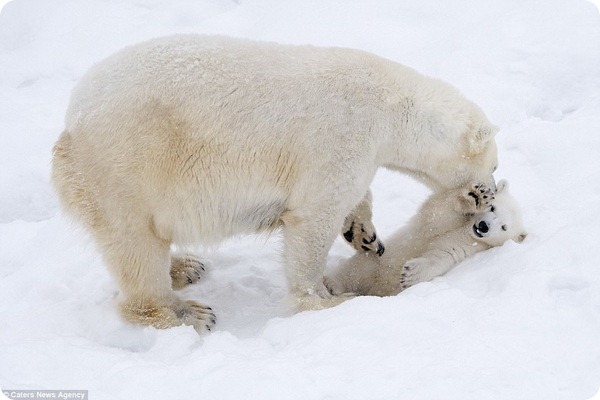 The adorable baby either pestered his mother, grabbing her by the face, then climbed on top of her, then just lay in front of her. Sometimes they lay hugging in the snow.

But sometimes the female bear, like any mother, made it clear to her cub that she did not particularly like his overly untied behavior.

“Ranua Wildlife Park is a real paradise for polar bears, but not for us humans,” said Mr. Daniels. “But I was warmed by the hope of the long-awaited meeting,” the elderly man said.