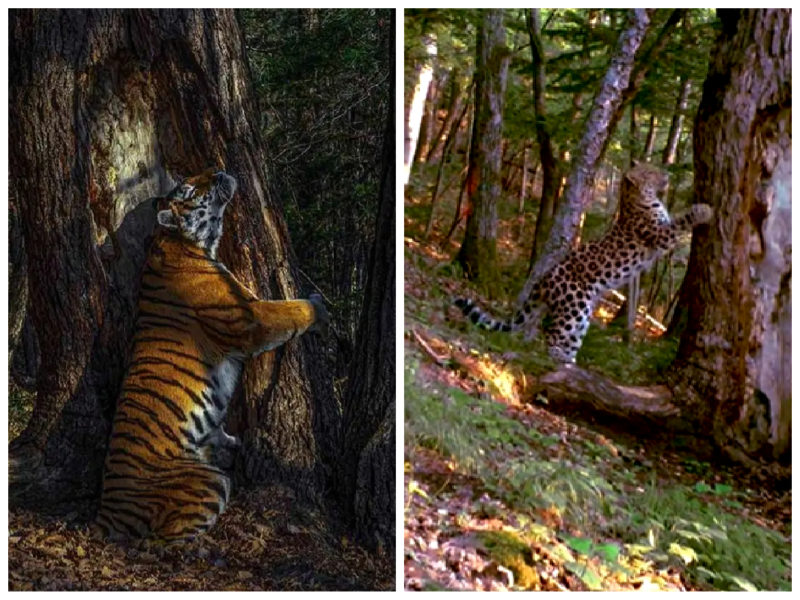 A leopard seems to have decided to repeat the international success of its striped fellow – it actively rubs against a tree against the same tree.

Approaching a large trunk, the wild spotted predator leans on it with its forepaws and effectively stretches out, sharpening its claws on the old bark. 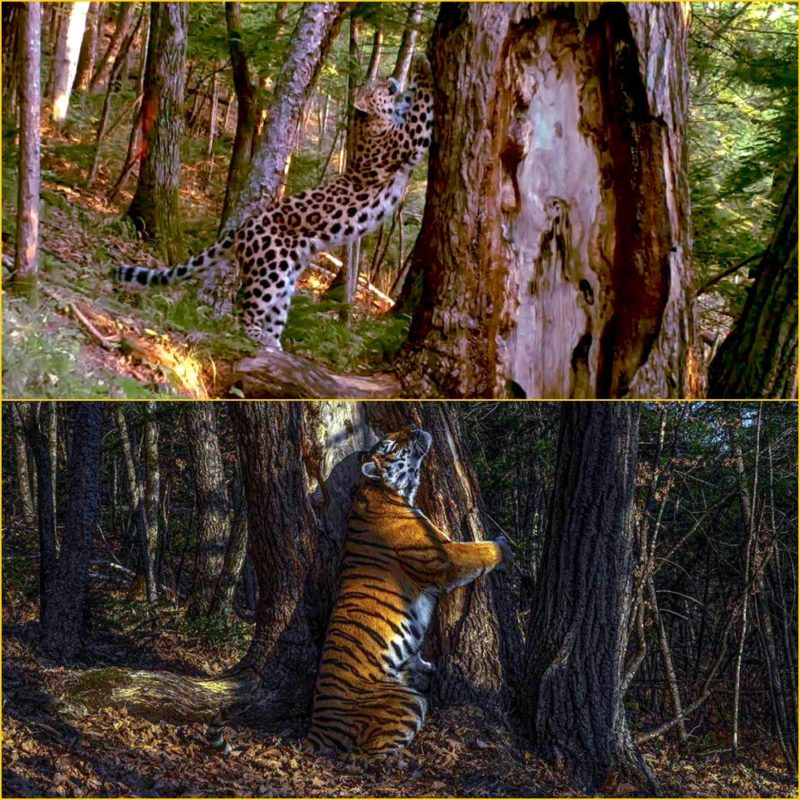 In fact, this is a marking behavior: in this way a leopard marks a tree, leaving its scent and a visual mark on it with its claws – it is called a “bully”.

However, from the outside, it may seem that the leopard is trying to repeat the famous photo with a tiger – in the manner of challenges in social networks. Recall that in 2020, a photograph of a female Amur tiger taken by photographer Sergei Gorshkov with the help of professional guides from the national park won the prestigious Wildlife Photographer of the Year competition.

Her Royal Highness Kate Middleton, The Duchess of Cambridge, has announced this photograph as the winner of a prestigious competition with over 49,000 entries.

Every year the world’s leading photographers present their works there, and a competent jury chooses the best. 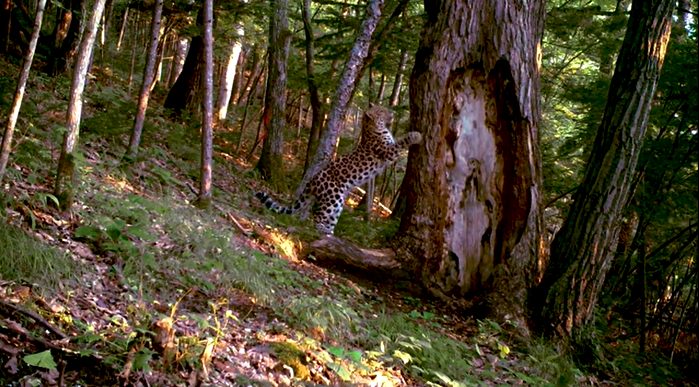 The new photo of the Far Eastern leopard once again confirms that nature is the best artist.

Stretching at will, the Far Eastern leopard moves away from the tree and goes about his business.

The popularity of this particular tree among potential “stars” is not accidental: it is large enough and visually stands out from the surrounding landscape.

Such trees, as well as rocks, in particular, attract the attention of wildlife, which usually mark the most visible objects. Scientists call this phenomenon a biological signaling field.

It is not often possible to get such spectacular shots. They allow you to study the behavior of the inhabitants of “Land of the Leopard” without disturbing them.

In total, 400 camera traps are installed in the national park, which brings scientists terabytes of the most valuable photos and videos with rare animals.