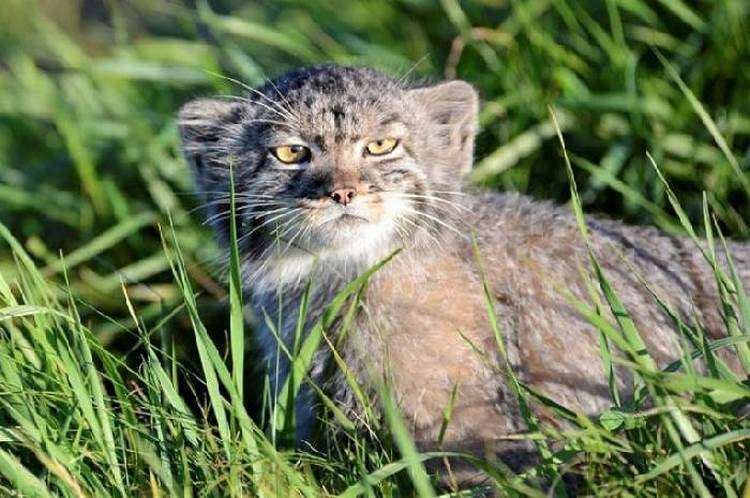 Sometimes the fate of wild animals is such that they have to live and grow in human families. This happened with this Pallas’ cat that was named Dasha.

The baby’s mother gave birth to her in a railway carriage, and when they began to transport him to a new place, the female got scared and fled into the forest. Dasha stayed inside. 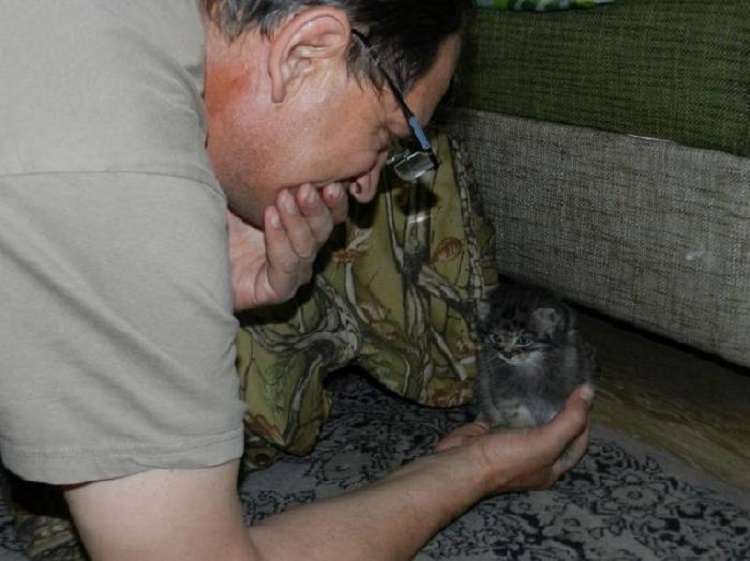 When the kitten was found, Olga and Vadim Kirilyuk decided to take it home. They nursed the kitten – Dasha was diagnosed with dehydration, she had to be soldered with saline. Later, milk was gradually introduced into Dasha’s diet.

After milk, a special high-calorie milk formula appeared on the kitten’s menu.

And already at two months old, the baby tried meat. 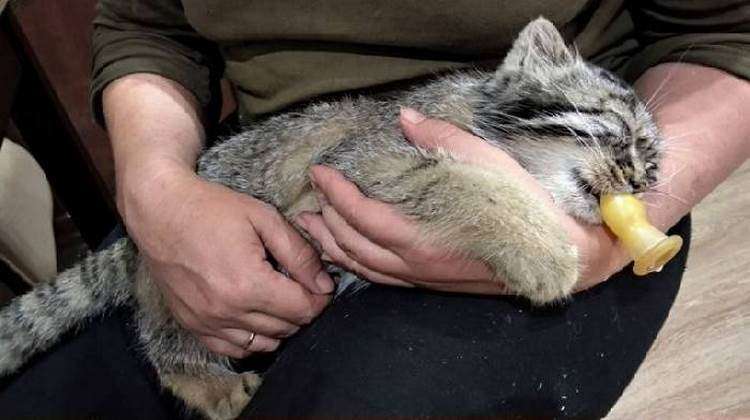 She learned to climb onto the sofa, sharpen her claws and beg for food from the refrigerator.

She also got along with domestic cats over time. At first, they did not accept the Pallas’ cat, but then one of them, whose name is Musya, got used to it and accepted little Dasha.

However, it is impossible to live with a manul for a long time – the plans of the Kirilluk family were to let the cat free. When she got stronger and became interested in the world around her, she was taken to the Daursky reserve.

It has a natural habitat for Pallas’ cats, so Dasha will be comfortable in such conditions. At first, the cat behaved indecisively and returned to the place where she was dropped off.

But a day later, the young Pallas’ cat began to behave more confidently. Now she lives somewhere in the forest and does not go out to the person.

Olga and Vadim only have pleasant memories of how they raised their unusual pet.

Pallas’s cat was sheltered by people, and she grew up in a human family
Share on Facebook

The owner let the dog out on the golf course. What the dog did during the walk, showed x-ray