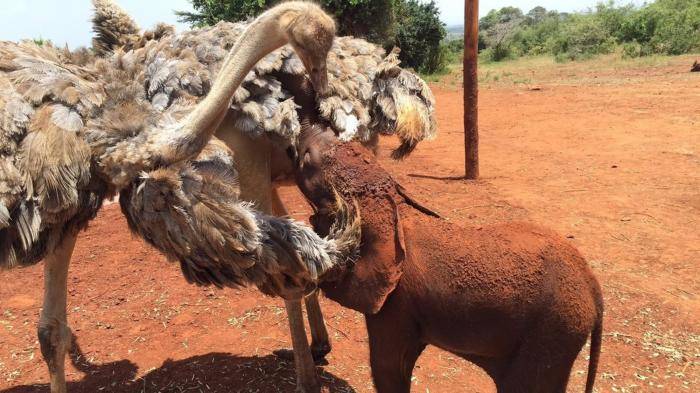 Examples of true friendship and devotion to us, people, are often demonstrated by our younger brothers. And one such example is Giotto the elephant.

When he was only a month old, he fell into a well. A large family of elephants was just changing their habitat, migrating to places where there is more food, and the baby elephant was left all alone. 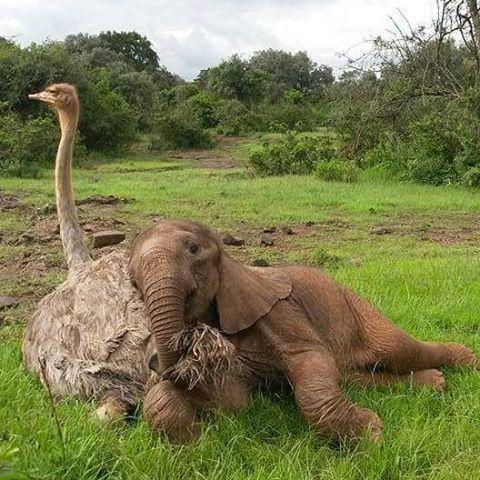 He would have died if not for the help of local resident David Shaldrick. The rescued long-eared and proboscis was sent to a Kenyan shelter for wild animals, where he received his funny nickname.

It so happened that another animal was delivered to the shelter that day – an ostrich, which was given the name Pea. And as often happens, the foundlings with similar fates immediately reached out to each other. 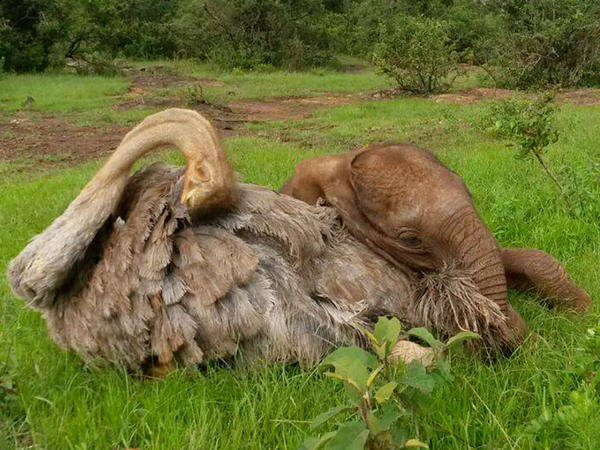 So much so that now they do not part and love to arrange hugs. The employees of the shelter themselves are surprised at the friendship between the elephant and the ostrich and admit that they are sincerely attached to each other.

Now the employees of the shelter are waiting for the babies to get stronger and they can be released into the savannah to freedom. Although, most likely, having become a part of the wild, Giotto and Pea will miss each other for the first time.