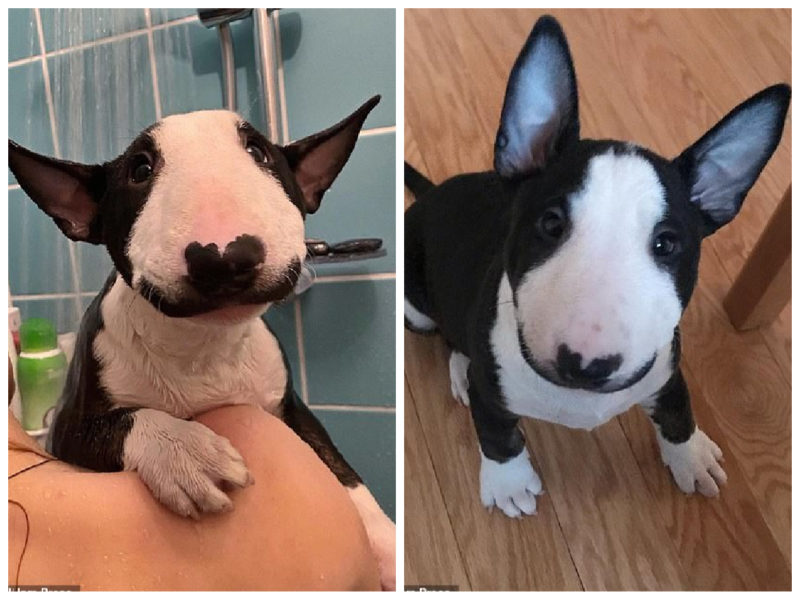 Animals with unusual appearance take our attention. They are often praised for their unique scars, signs, eyes, etc. These creatures also become famous. Their owners even can earn money, making their pets Internet stars.

Meet a new influencer named Frida. She is a six-month-old Bull Terrier puppy and a rising social media star. And all because nature has rewarded the puppy with an unusual appearance – she has a “mustache”, which many will envy. 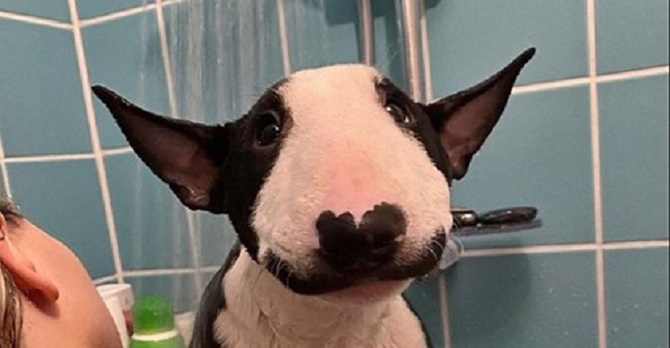 Frida’s owner, Helena Olef Snorradottir from Reykjavik, has long dreamed of such a pet. Luck smiled at her – as soon as she found out that there was a Bull Terrier breeder in Iceland, she was immediately offered a puppy.

And not anyhow, but the beautiful Frida! 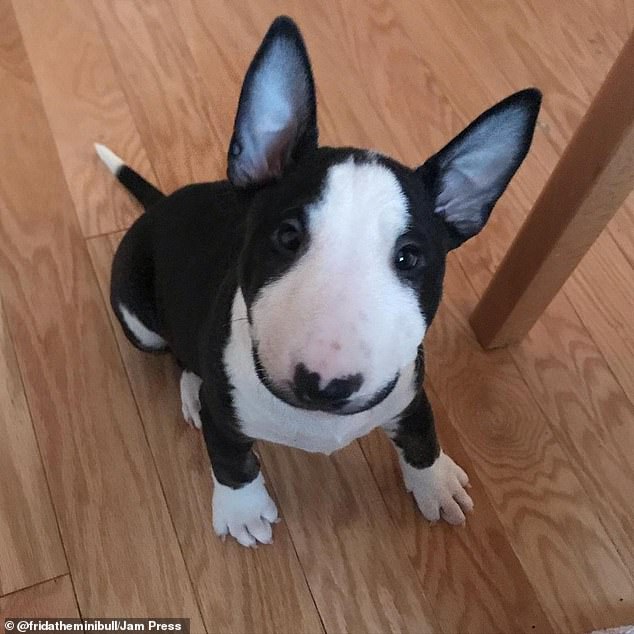 Helena believes that this is a sign of fate. Frida agrees with her – she is still small, growing up, but already realizes how unusual she is and how much attention she attracts.

The puppy loves to smile – this is how her “mustache” is best seen, which invariably causes a lot of fun and positive emotions in those around her. 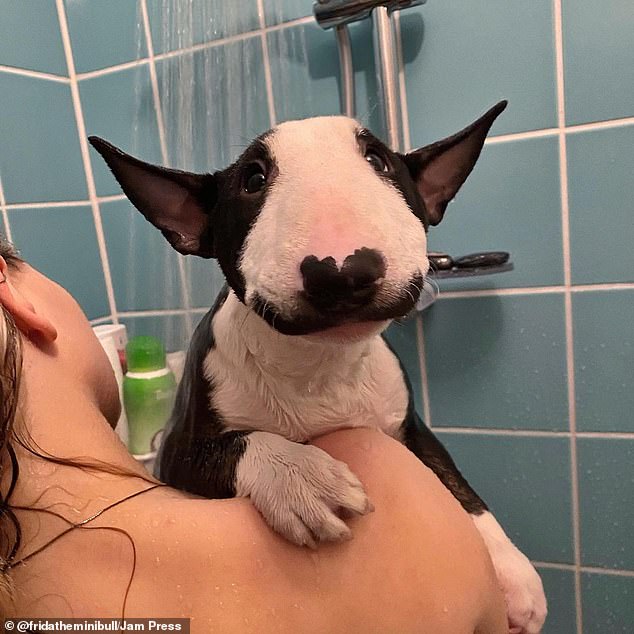 Frida appeared in Helena’s life in difficult times and became for her a symbol of hope for the best. A mustachioed and funny symbol.

This guy shares photos of a 550-puond huge and majestic lion: he has looked after him for 10 years