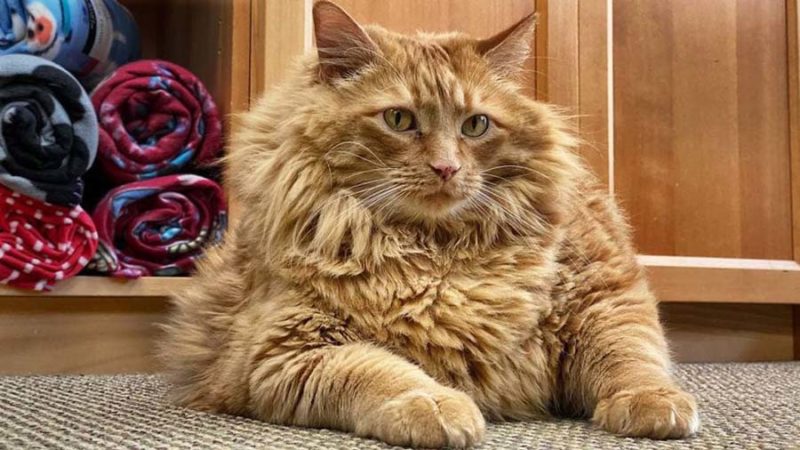 This charming cat has a very dangerous nickname – Bazooka. The 5-year-old animal was taken to the vet after its previous owner passed away.

Unfortunately, the owner of the cat suffered from dementia and often forgot that he fed the pet. Therefore, he filled his bowl many times a day, because of which Bazooka ate up to 16 kilograms, which is a lot for an ordinary house cat!

He was given special care at the orphanage. By the way, immediately after his appearance, he made a splash, because he was carried in a cage by two volunteers at once.

The veterinarian examined the animal and prescribed a course for weight loss, which included a diet and active games. 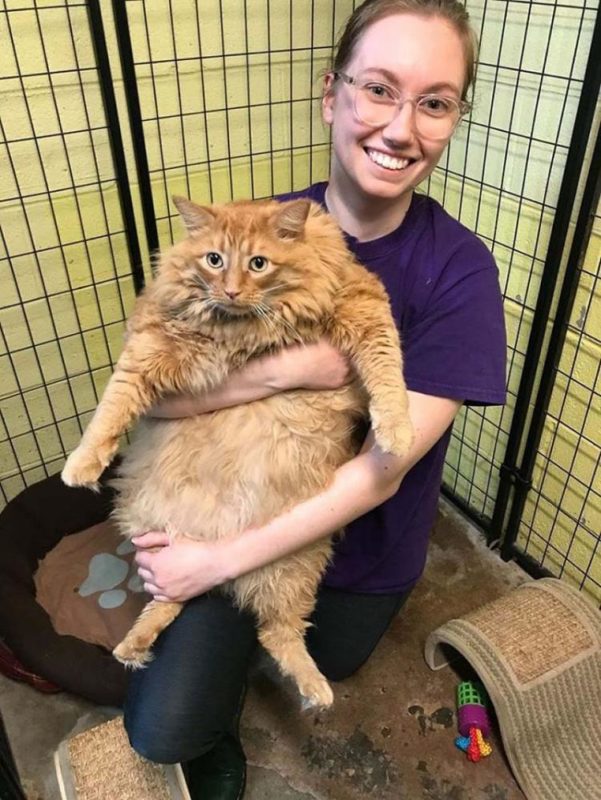 For some time, Bazooka lived in a shelter, but then the volunteers managed to find a new home for him.

The owners were instructed on how to properly feed the animal and organize its leisure time so that it moves as much as possible. For example, doctors recommended chasing him up the stairs. 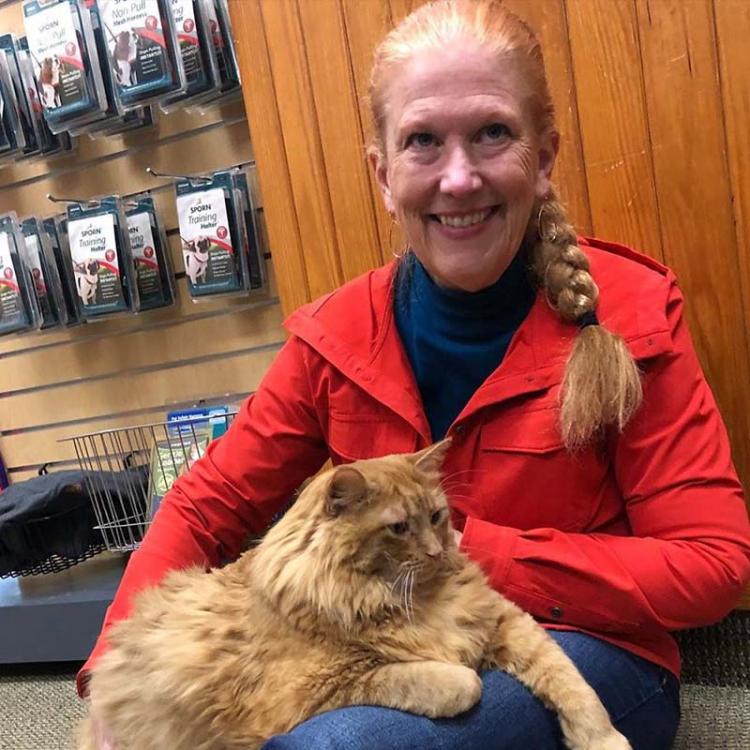 The new owner of the cat fell in love with him at first sight. She did not really like the nickname Bazooka, so she chose a more noble name – August. One can only hope, but the cat will finally lose weight and live a healthy and happy life.

Doggo should have gone to restroom, but she accidentally participated in a half marathon