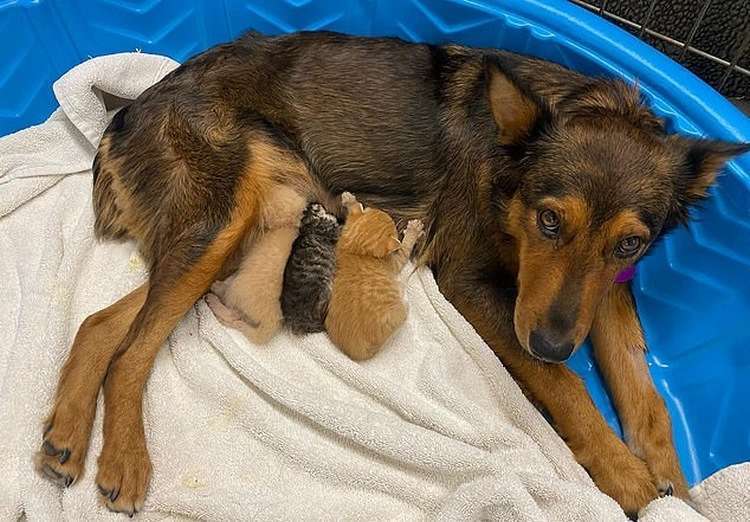 Georgia was depressed because her pregnancy period was difficult, and all the pups born died.

The months of half-starved existence and vagrancy in a desert and exhaustion also affected.

So by the time she found a place surrounded by people who sheltered her, her body had completely weakened.

As well as her nerves: she tore the mattresses and diapers to shreds, gnawed the grate of the aviary, and the staff of the animal care center was simply afraid to approach her.

And then three little orphan kittens got to the shelter and everything changed dramatically. 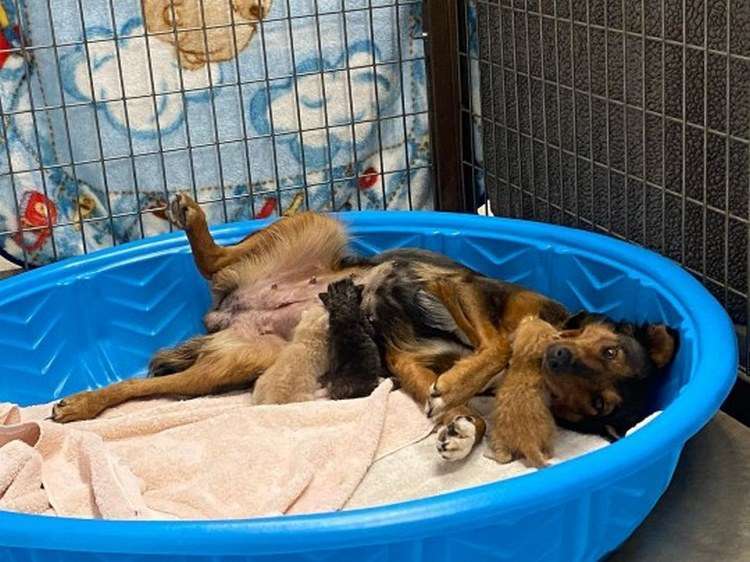 Maternal instinct took its role: the dog began to feed the orphaned kittens.

The employees of the center do not even remember who was the first to think of offering kittens to be raised by the dog Georgia. And what do you think? The dog calmed down, sniffed the babies – and began to lick them! 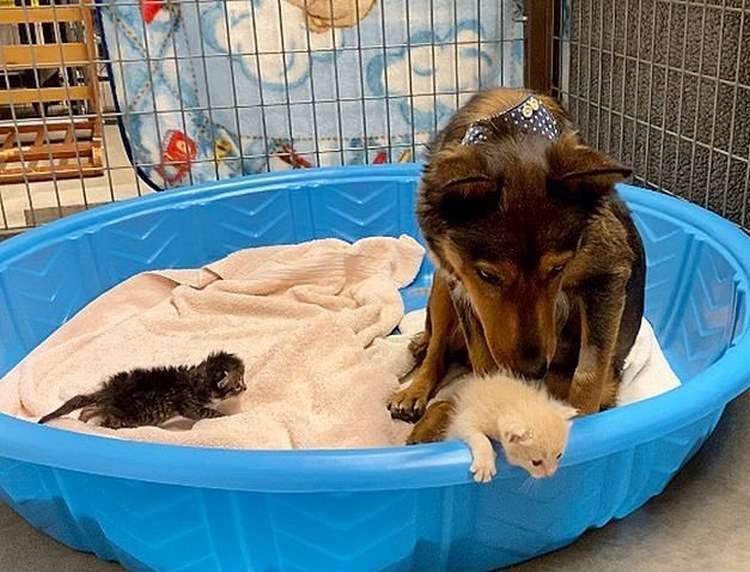 And then, one by the scruff of her teeth, she dragged them to her rookery and began to feed and take care of them in every possible way.

Of course, cats, funny in their habits, have grown up. Two of them have already been taken to their forever homes. And soon they will take to the house and Georgia, along with her only remaining cat-dog baby.

Highland Fold kittens, the cutest and fluffiest creatures in the whole cat species