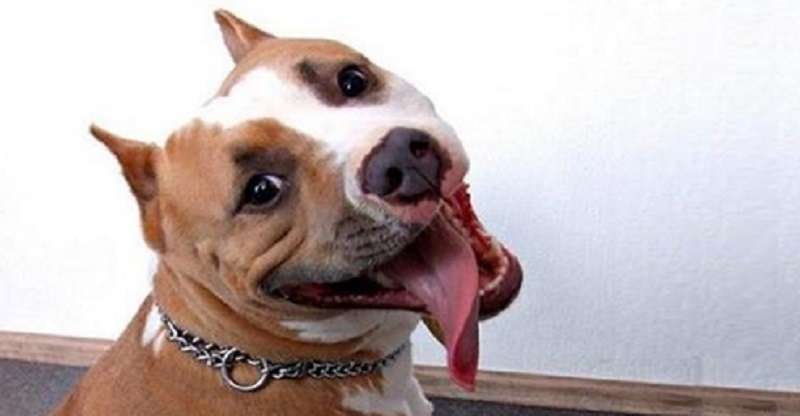 Many pet owners know that they need to keep an eye on them. Otherwise, they will destroy the apartment or house. Therefore, people restrict cats or dogs from moving around the house.

But when the fruit is forbidden, it becomes very sweet. So you want to tweak the rule and do something wrong.

A dog named Martin was forbidden to lie on the bed. The first time the dog did not listen. After breaking the rule many times he eventually stopped his habit and never again curled to the bed.

At the very least, then, when people were at home. But most of his family leaves for work, and Martin remains alone with the cat.

Coming at home, the host began to notice that the blanket was crumpled. 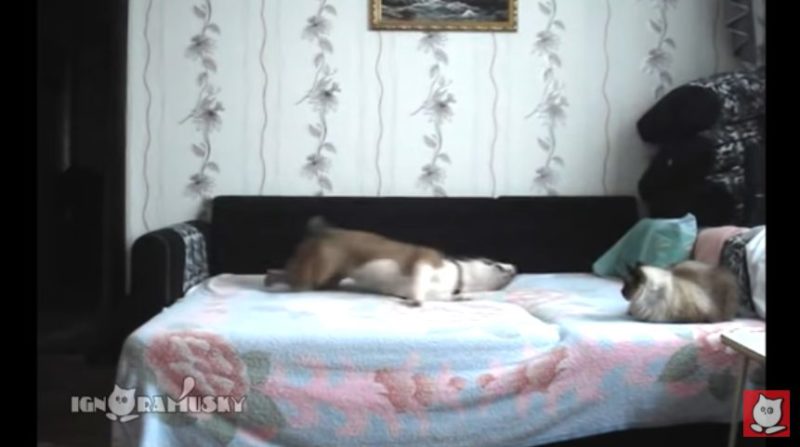 Then these people decided to go for a trick. Against the bed, they put in a video camera and turned it on before leaving for work.

Now at first, the dog was convinced that there was not a soul in the house, except for the cat. Then he approached the bed.

He smelled it and only after that he jumped on the bed. 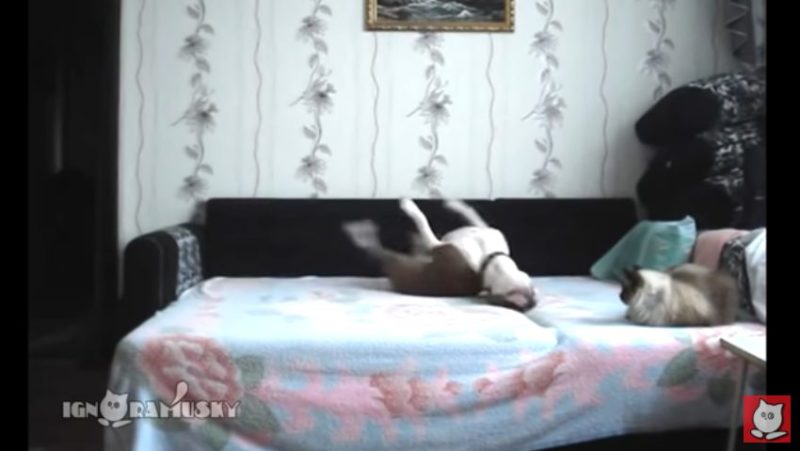 And then turned on his crazy mood. Martin was somehow changed. He literally started to get rid of what he had forbidden.

It is not known whether his owners punished him but it is clear that his dance amused thousands of YouTube users who watched the video with the hidden camera.