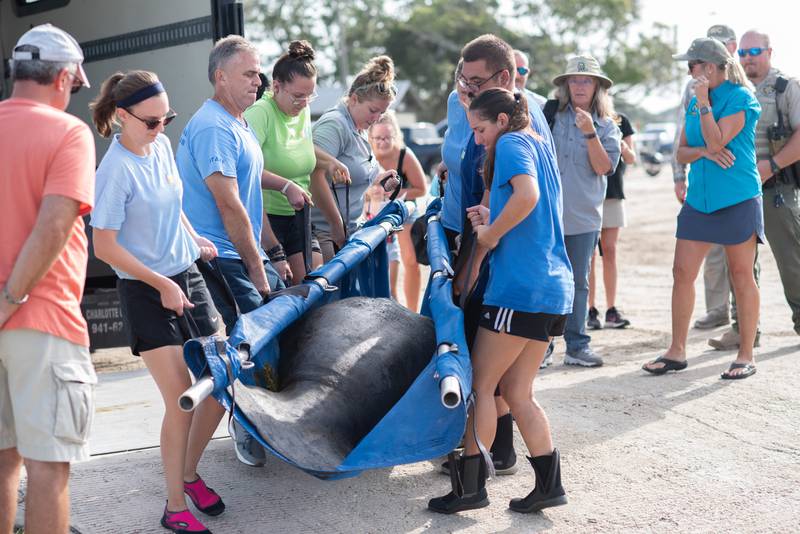 In spring, a manatee was seen on the coast in Palm Coast, near Jacksonville. It was in very horrible condition, on the verge of death.

During the first examination, the vet staff found “significant abnormalities in his blood count,” so the animal got an instant treatment to improve the low blood glucose levels.

The manatee, named Gerard, has been sent for rehab at the Jacksonville Zoo’s Manatee Intensive Care Center and is now ready to return to the wild.

When he was found, the creature weighed 222 kilograms, and now it is 52 kilograms more. The estimated age of the animal is 2.5-3 years.

Before letting Gerard go, specialists at the Clearwater Institute fixed a satellite tag on him to track his location and condition. 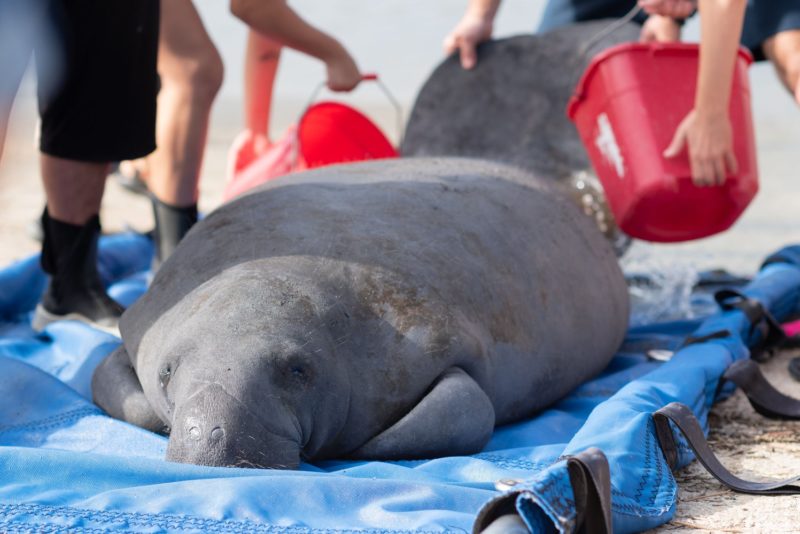 Manatees have the status of endangered species. These animals suffer from red tides, diseases, collisions with boats. Also, manatees get entangled in fishing nets, and human-made garbage gets into their stomachs.

Another problem that has been discovered recently is the lack of food that manatees eat. 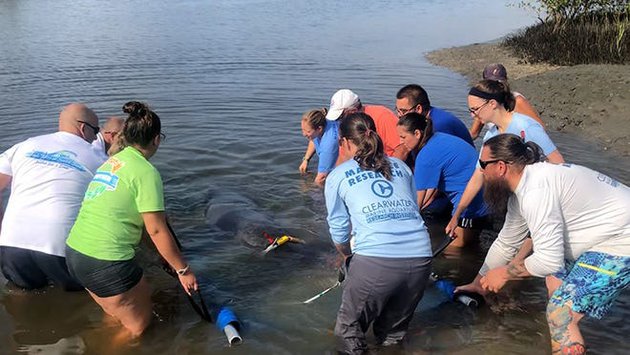 The Jacksonville Zoo Manatee Center opened a couple of years ago. Starting from that time, about 30 manatees have been saved and taken care of there.

Huge thanks to wildlife protectors that constantly keep these animals under their attention.

Manatee was saved from death, was set free and released back into the ocean in Florida
Share on Facebook