One summer, a young man named Pedro Dinis was walking with his dog in the suburbs of Paris, and at the foot of a low hill, a terrifying picture appeared to them.

The head of a dog was sticking out of stones and soil, covered with mud. The dog was alive!

Judging by the condition of the muzzle, it was buried entirely, but by some miracle, the animal managed to free its head from the ground. 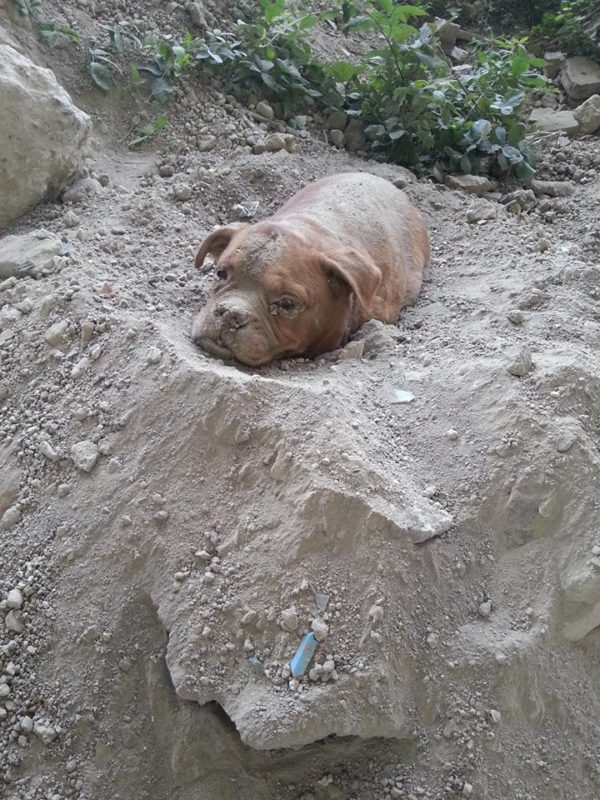 Pedro and his pet immediately began to manually dig out the dog that no longer had the strength to even whine and cry. The animal’s jaws were cramped from dehydration.

Obviously, the dog spent more than one day in this state. Moreover, he had a rope around his neck, on the other side of which metal parts were tied, also buried in the ground. 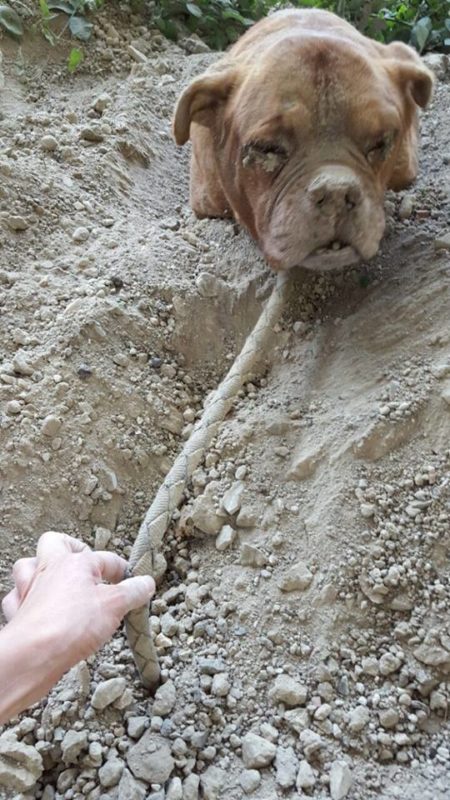 It took an hour to unearth the poor animal. The first thing after his release, Pedro gave the unfortunate animal a drink and washed its face.

Then the man took the Great Dane to the veterinary clinic and reported to the animal rescue service.

The dog turned out to be a girl about 10 years old. She was named Athena. According to the veterinarian’s conclusion, she endured abuse all her life. 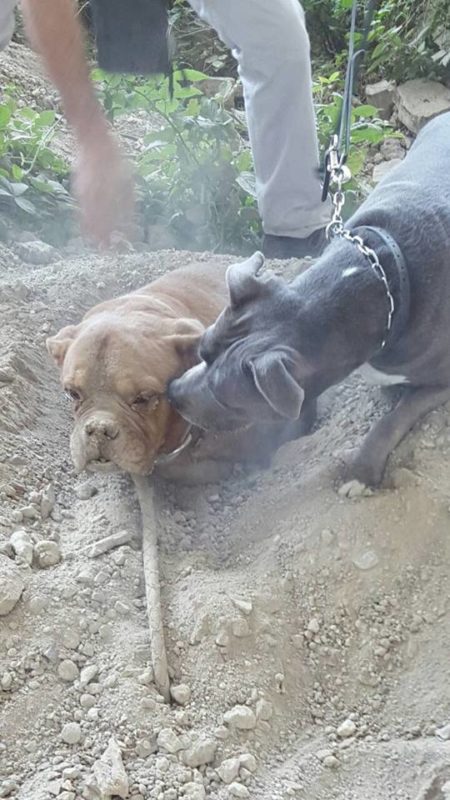 Oddly enough, the dog had a chip with information about the owner. It turned out to be a 21-year-old young man.

When he was found, he claimed that he had nothing to do with this incident, the dog ran away from him.

Veterinarians, however, determined that Athena had osteoarthritis, and with such diseases, she simply physically could not quickly escape from the owner. 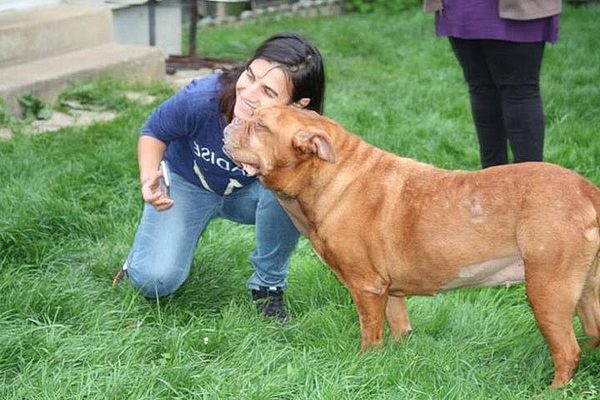 Therefore, the man was convicted, a fine of 30 thousand euros was imposed, as well as a punishment of 2 years in prison.

In wonderful conditions, the dog recovered very quickly and healed mental wounds. Then they found a great family for her.

His new owner surrounded the beauty with love and attention.

Man was walking with his dog, suddenly he saw a Great Dane that was buried alive by people
Share on Facebook

Red panda gives birth to twin baby cubs: the species are in the list of endangered animals