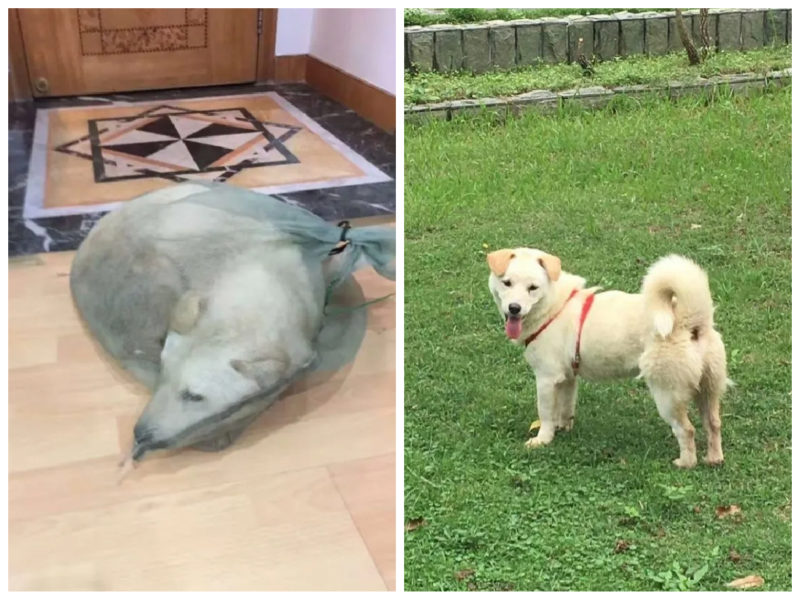 A dog is man’s best friend. This saying, unfortunately, does not work everywhere. For example, in China, you can easily buy a live dog for meat.

To do this, you don’t even need to visit some exotic store, everything can be bought on the street. This man also saw dogs being sold, and the “manufacturer” even packed them in mesh bags. A passerby, being not very rich, could only buy one animal for $90.

He untied the animal and immediately gave it some food, for it was not known how long he had been in this state.

The man bathed the dog and gradually gained her confidence. A month later, she was unrecognizable. The playful and curious animal almost became someone’s dinner. Now both the dog and his owner are happy in each other’s company. The lucky girl can’t stop smiling. She can’t stop waggling her tail when the owner comes home. Thanks to people like this man, some dogs end up in good hands. If there would be more humans like the hero of our story …

Man rescued a dog that was being sold for meat. It only took a month to turn him into a happy animal
Share on Facebook