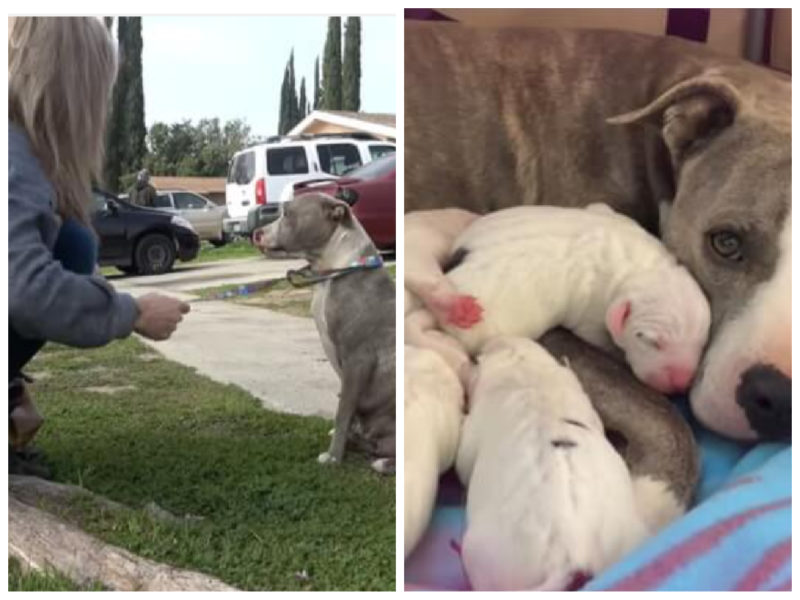 Recently, a touching video has been spread on social media.

The mama Pitbull has got human support to give birth to her adorable pups. Workers of Hope for Paws gave her constant care and love until all of them became adopted.

The filming has received thousands of users, who worried about the mama with her pups.

All of them have wished them to find new warm and loving families.

Once, a kindhearted Samaritan woman noticed a pit bull, who had a big and heavy belly. She realized, that the dog was expecting babies.

She immediately captured her photos and shared them to the local rescue center.

Luckily, after a very short time, two kind volunteers arrived and took her to the clinic.

They gave a beautiful name to the future mam, Waffles. They quickly prepared the proper condition for the procedure; she took a shower, had an ultrasound research.

The vet concluded a 51-day-old pregnancy to her. She expected 6 or 7 little puppies soon. 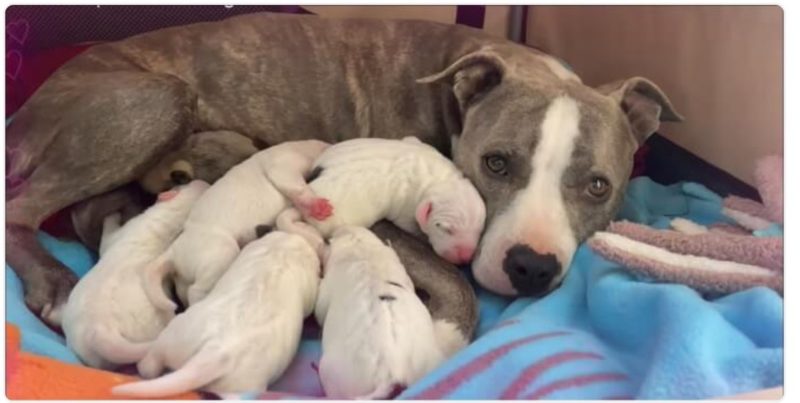 Luckily, a few hours later, they welcomed her first pup, naming Pancake. Then all adorable pups came one after another.

It was obvious, that she had a hard pregnancy, and Waffles was very grateful to the staff for that. Everything went well, and her babies were absolutely healthy.

That was a real happiness for the newbie mother.

She was so excited, that she expresses her warm thanks with her shining eyes with tears to the staff for their support. 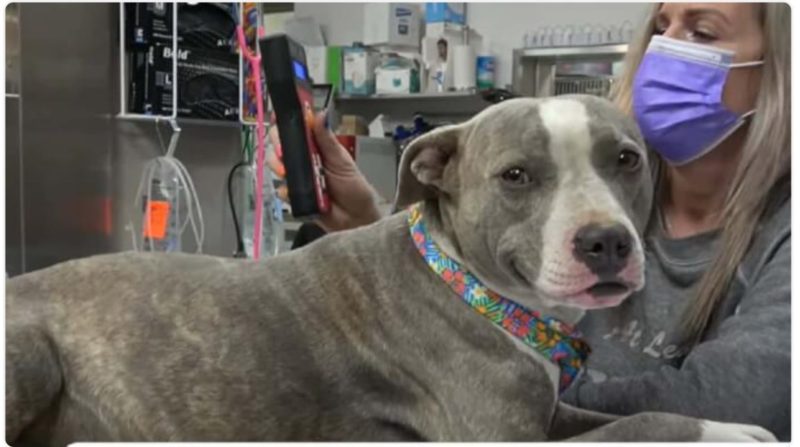 So happy for them!

It’s worth to mention, that Waffles and her pups now have their kindest and loving families.

The sweet baby girl received a hearing aid to be able to hear her sister’s voice for the first time:
015

The schoolmates found themselves in a nursing home and reunited together, after 70 years of apart life
023

The sweet baby girl received a hearing aid to be able to hear her sister’s voice for the first time:
Interesting News
0 15

The schoolmates found themselves in a nursing home and reunited together, after 70 years of apart life
Interesting News
0 23

Mama Pitbull was rescued and gave birth to her pups after reaching the shelter: she expresses her gratefulness
Share on Facebook

Newborn single kitten was sad, not yet knowing that a ”flock” of loving dogs is waiting for him