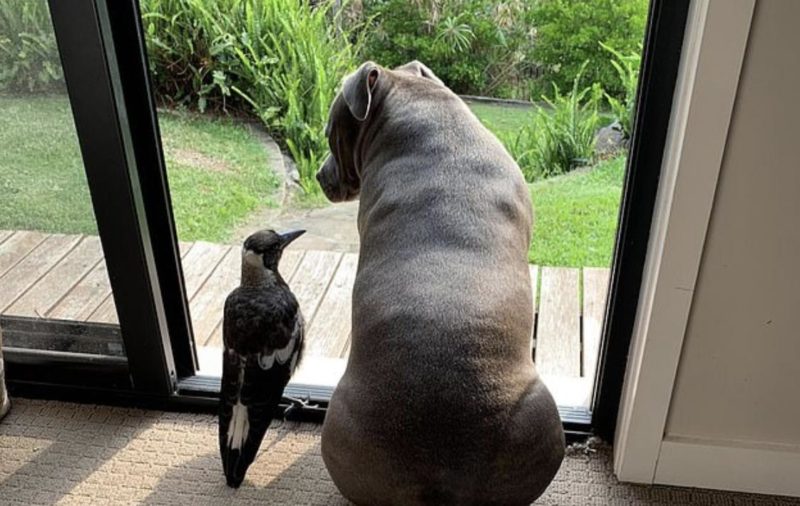 Did you know that the magpie is one of the birds that is capable of imitating sounds? So the bird Molly confirmed this and mastered the dog barking in order to communicate with her friend – the Staffordshire terrier Molly.

By the way, the story of their friendship is not as simple as it seems.

Molly was found very small, shabby and hungry in the Australian state of Queensland while walking with Peggy.

The owner of the dog, Julia, says that Peggy is afraid of birds, but this time something went wrong, and she herself began to draw attention to the creature. 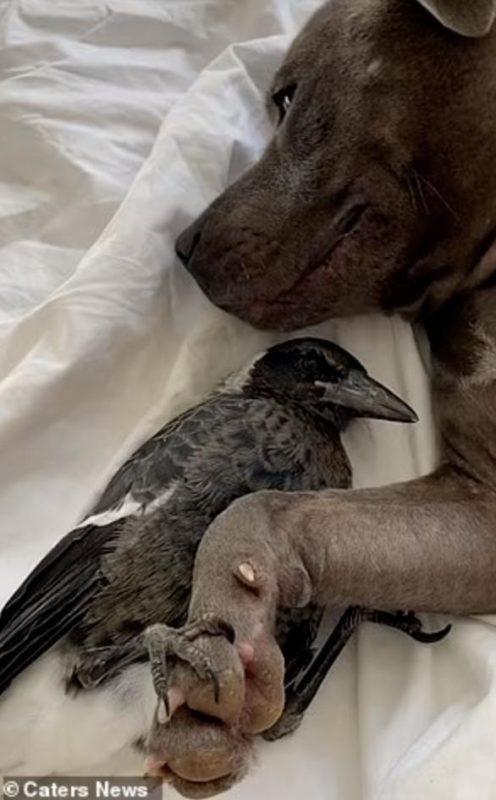 Julia had no choice but to bring home the find and start caring for it. She was afraid that the bird would not survive: she was constantly sleeping and did not eat anything. Peggy was always close to her find. 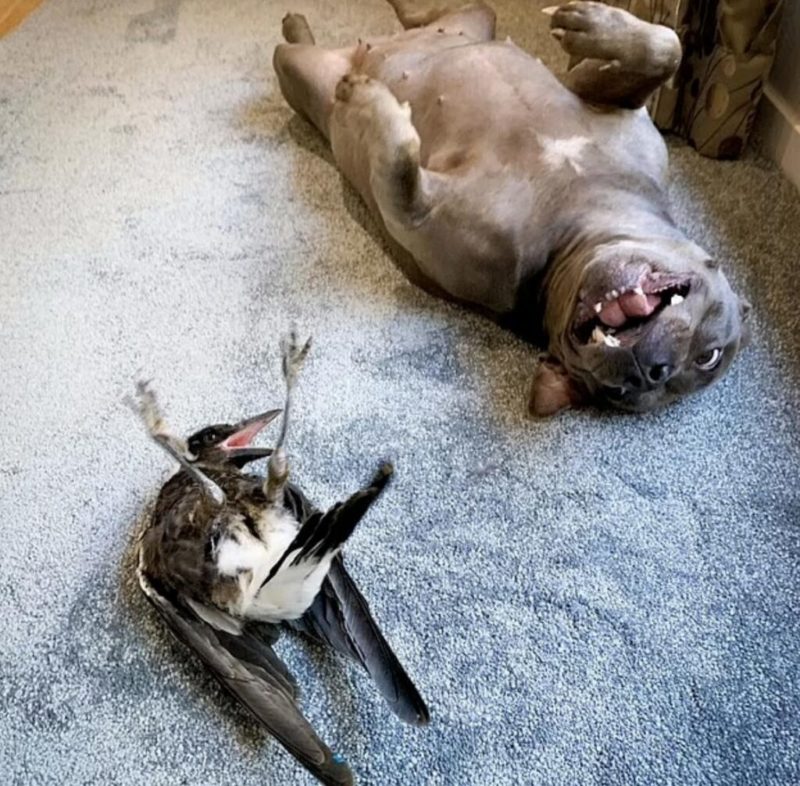 The owners kept the window open and carried the bird out into the open. But she didn’t really want to fly away. Peggy, in turn, became a nursing mother and adopted Molly. And what about the bird itself?

And she learned to bark and successfully barks at neighboring dogs, and they do not notice the substitution. Here is such a strange friendship.