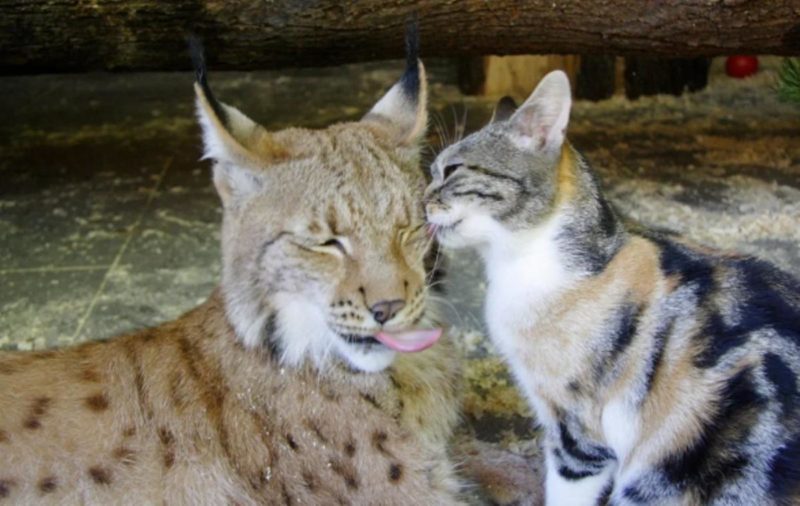 The Leningrad Zoo was the most grandiose in the USSR, but even now it has not surrendered its positions. In addition, very unusual things happen in it.

To their surprise, once visitors looked into the open-air cage with a lynx and saw a very ordinary cat next to it. The big predatory cat befriended the little one.

The background of this friendship is common and unusual at the same time: in 2007, the zoo acquired a lynx kitten named Linda. It was impossible to let her go to an adult enclosure and to leave her alone too.

It was decided, under the supervision of zoologists, to place her in an open-air cage with a kitty, a simple kitty, two months old, named Dusya. 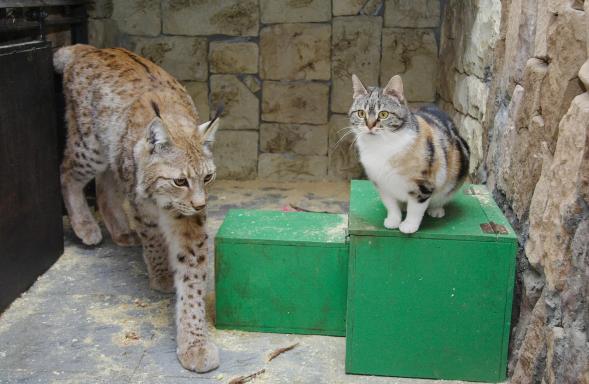 The nature of cats is completely different. Over the years, Linda fell in love with solitude and independence, Dusya, on the contrary, loved the attention. 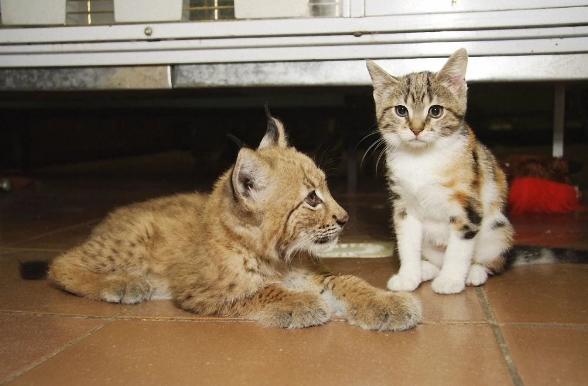 Increasingly, Dusya began to leave Linda in her enclosure. They became friends and lived in the same enclosure for years.

Although these two are very different in character, they peacefully live with each other for the sake of not being left in solitude. They are sort of glad for each other’s presence.