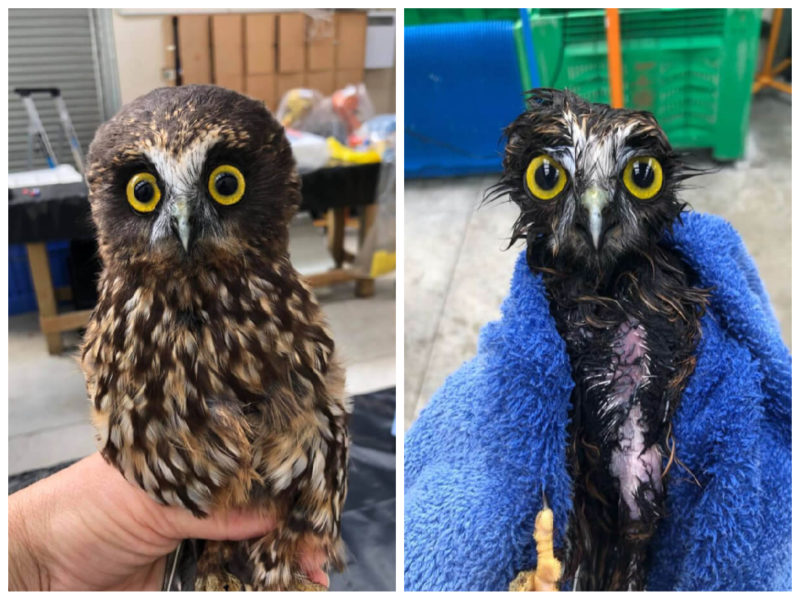 It’s hard to say no when you are given a chance to enjoy a free spa. The fragrance inside, relaxing music and the peaceful atmosphere are all we need to forget about our everyday responsibilities and problems.

However, this tiny owl doesn’t like going to a spa. He gets angry with people who are trying to wash him and give him some massage. 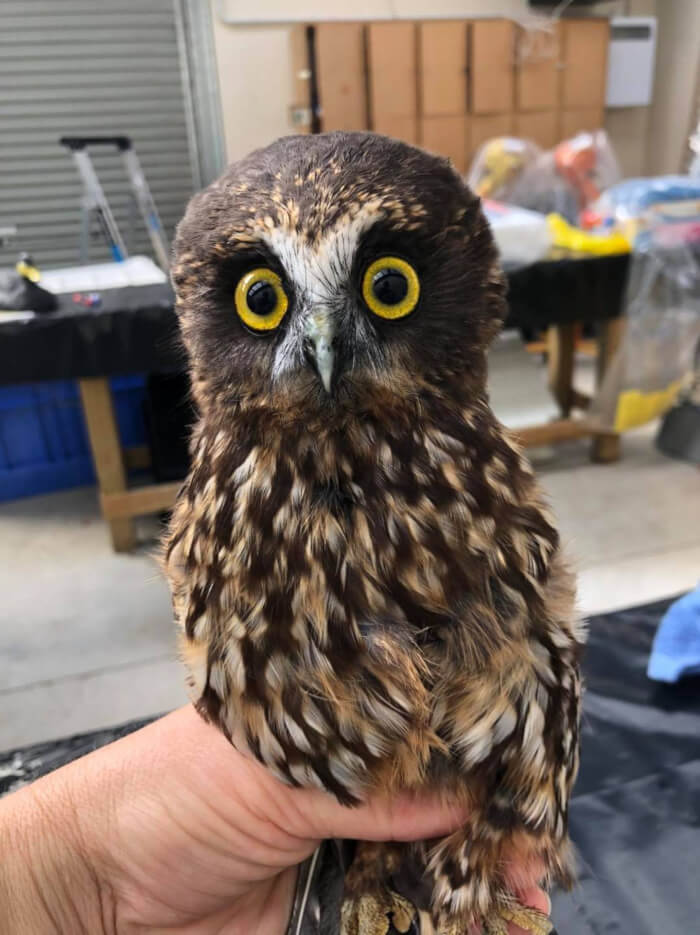 Recently, this cute-looking morepork owl was taken to an animal rescue center. He suffers from skin bacteria. The vets decided to give him a babble bath, so that the tiny owl will soon recover.

The bath process turned into a battle between the owl and his rescuers. Obviously, this little one didn’t like the idea of bathing. 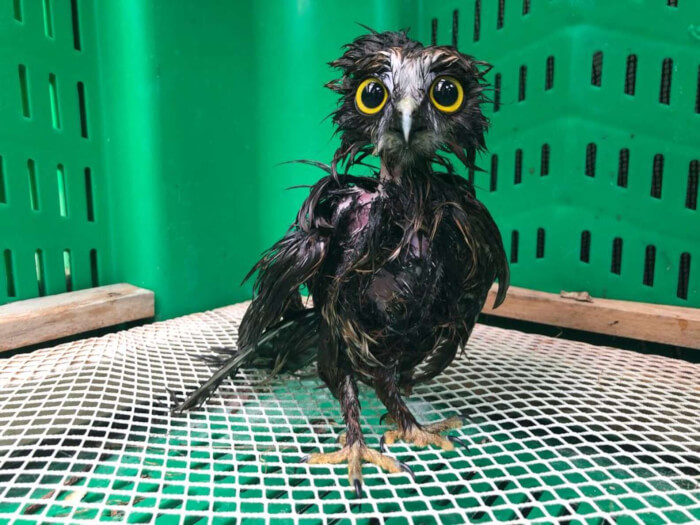 His luxurious fluffy feathers turned into literally nothing and he looked so small. Indeed, the morepork owl weighs only 80g.

But when you look at him, he behaves like he is a 800kg giant animal. The cute owl has a hilarious attitude. He is always not content with the care he receives. 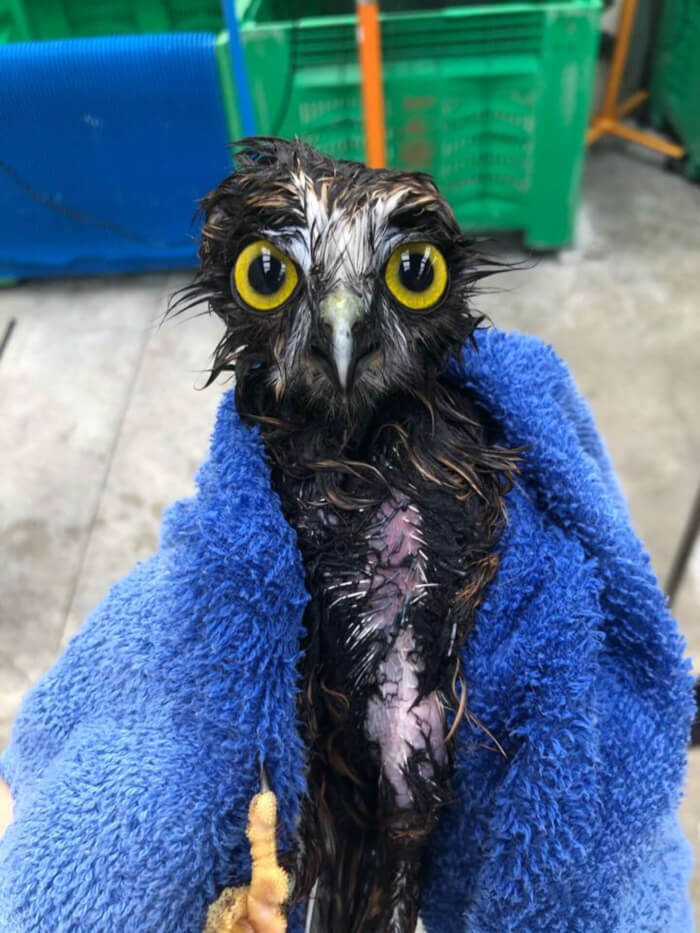 The humorous attitude of this bird makes his vets have fun during treating him. Generally, all of the birds of this species have funny behavior.

When they look at you with their big and angry eyes, it amuses you.

Look at these pictures and have some fun time!