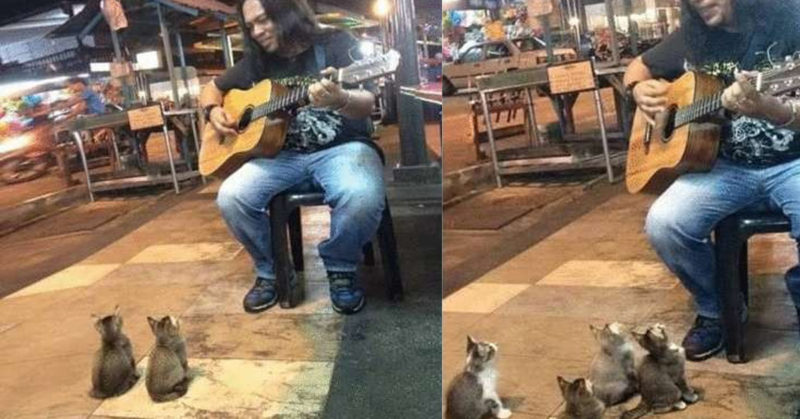 Not so long ago it turned out that the art of street musicians can be appreciated not only by music critics or bystanders.

In fact, our smaller brothers also adore good music! They, too, can be imbued with the emotions that a street artist gives.

This happened in Malaysia. The street musician just sat there playing guitar and singing. In fact, passers-by were not thrilled with what this man was doing.

They stopped literally for a couple of seconds, and then they still passed by, forcing the musician to despair.

But his mood was not lost! And the man decided to continue doing what he liked so much. Even without spectators and gratitude.

But suddenly he had a unique audience. Little kittens came running to the sounds of music and listened to his songs with pleasure. 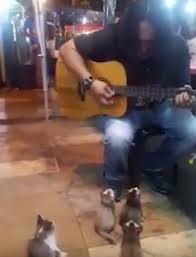 Witnesses of such an amazing situation immediately began to film everything that was happening on mobile phone cameras.

And there is even nothing strange in the fact that a man has become a real Internet star – after all, not every musician will be able to find such a loyal audience for himself! 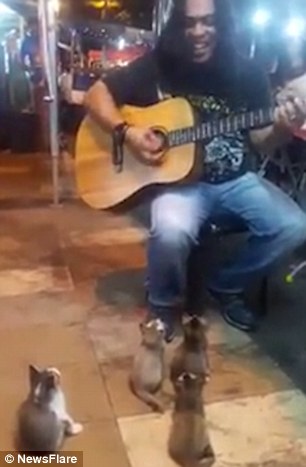 Enjoy this performance and watch the tiny kittens that decided to listen to some good music!

Two deer fight each other: their battle is more like a dance than a quarrel