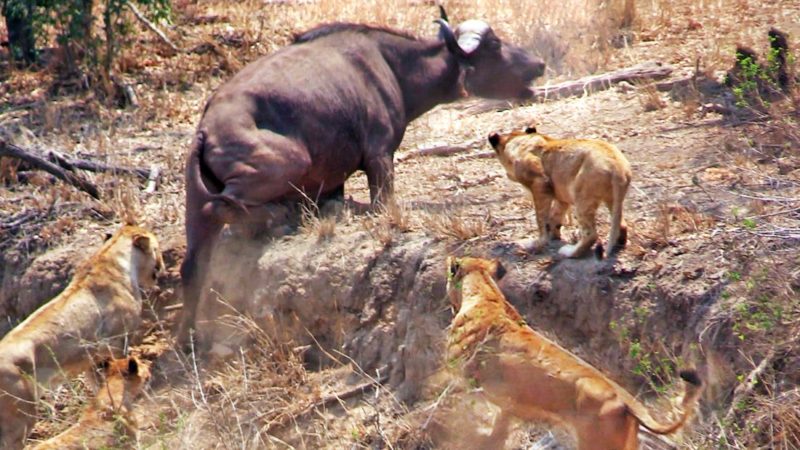 The African buffalo is one of the most powerful and formidable animals on the continent. Lions rarely risk attacking them. If a lion pride targets a buffalo, it will choose the weakest one: a cub or an old individual.

At first, the pride was able to grab a young buffalo, but the herd managed to recapture it.

The hungry lionesses were not going to retreat so easily and continued to chase the buffaloes.

Those, in turn, regrouped and pushed the strongest members of the group forward, thereby giving the others the opportunity to climb the hillock and escape. 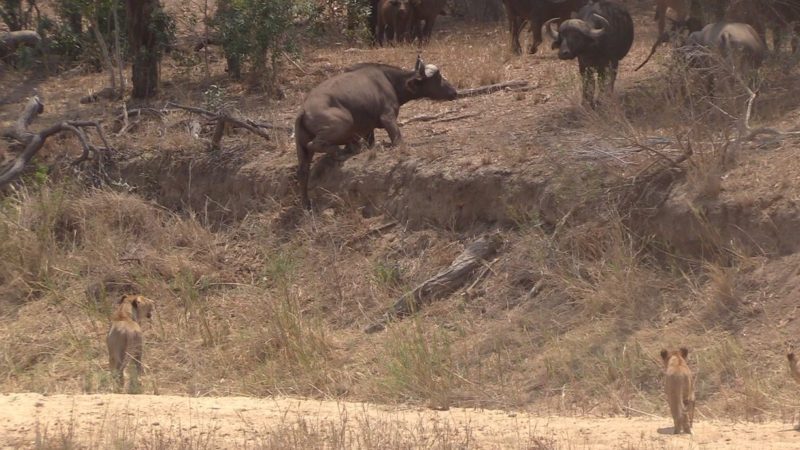 Then came the turn of the “defenders” to climb the hill, but one of them caught on something with his foot and could not budge. The lionesses did not believe in their happiness: to receive an adult animal instead of a calf is a great success.

But as they slowly approached the victim, the rest of the buffaloes returned and took up a defensive position. Putting forward their huge horns, they did not allow the predators to approach their comrade. 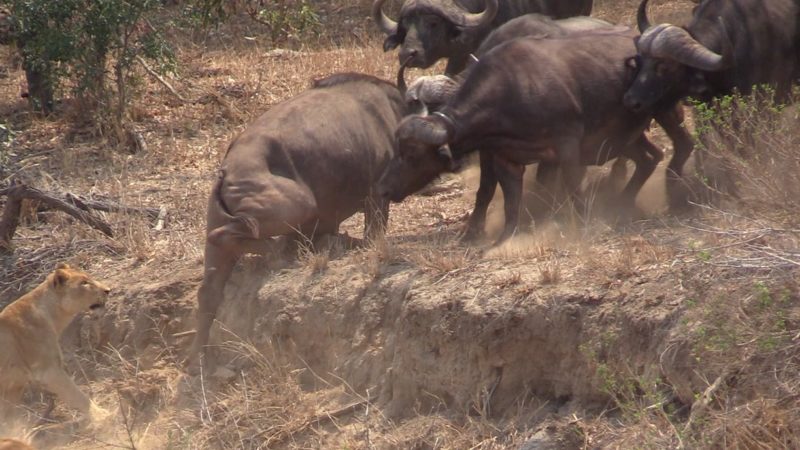 In the meantime, he was able to free himself.

And although the cats continued to attack the ungulates, sharp horns were their answer every time. As a result, they were left with nothing, and the herd safely disappeared from sight.