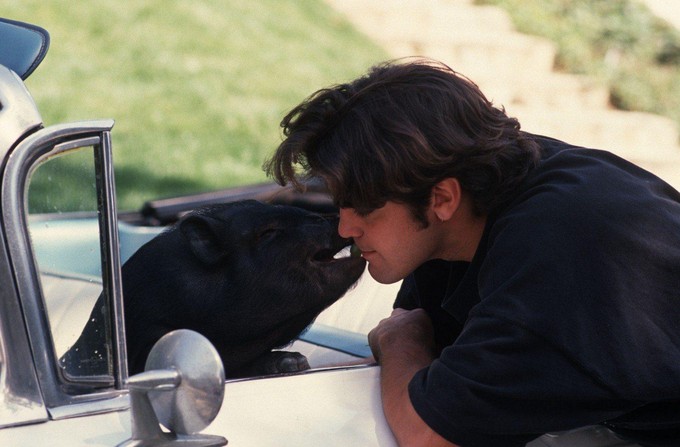 The rich have their quirks and you can’t argue with that. How often do you have to see a wild boar not as livestock, but as a beloved and pampered pet?

Once upon a time, the little black piglet was lucky when, with his help, the Hollywood handsome and recognized heartthrob George Clooney decided to express his passionate feelings to Kelly Preston.

The actress literally melted away from such an unusual gift, the couple loved him and took him with them to all noisy parties. The extravagant pet was named Max.

But nothing lasts forever under the moon and Kelly’s love for George faded, which was the reason for John Travolta. The actress left Clooney’s house but decided not to take Max with her. So they were left alone – George and Max. 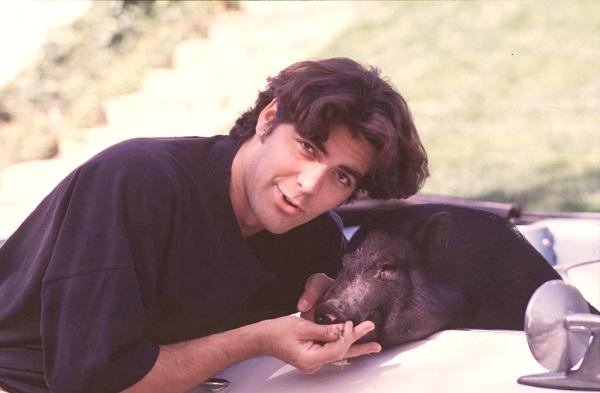 The actor built a house in the courtyard of his mansion for Max, that did not like to move and preferred a recumbent lifestyle. 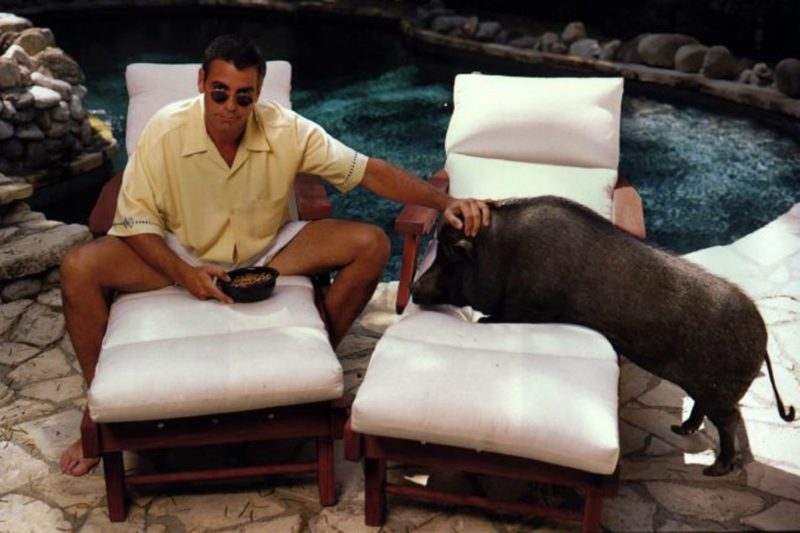 Max’s life path ended in 2006, he was already old, suffering from obesity and arthritis. Clooney was deeply saddened by the loss of his favorite and longed for him for a long time.

Life-long love: the story of the strongest couple in Hollywood – George Clooney and his wild boar
Share on Facebook