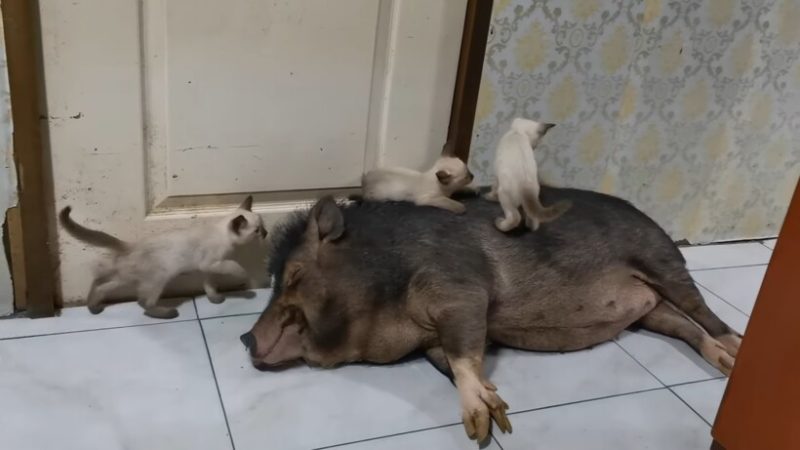 With all their might the kittens are trying to raise the pig, which sleeps in a heroic sleep right on the floor.

How lightly do you sleep? Some people can be woken up by any rustle. Most often, such people tightly close the door to their room, close the windows and eliminate all annoying factors. There is another type of people during sleep. 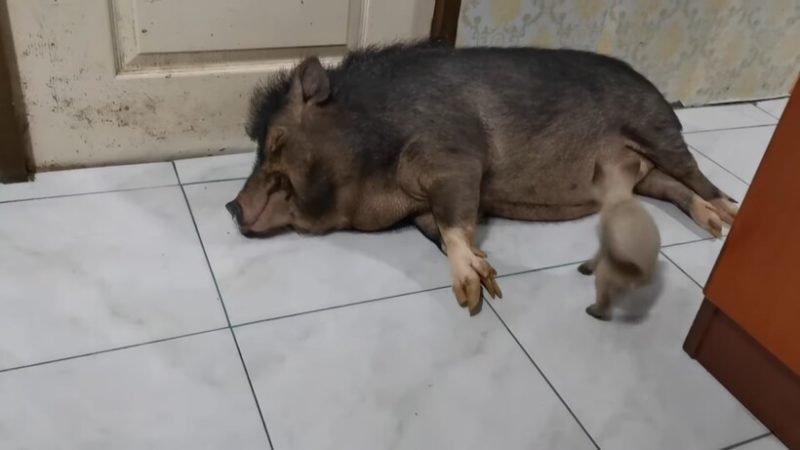 It is impossible to wake them up in the morning even with loud sounds; they do not hear alarms and absolutely do not react to light.

Sometimes pets behave exactly like their owners. Usually, the laziest pets are cats that can sleep all day in one position. Piglet Babe, that lives in the Philippines, can compete with the laziest cat in the world.

This pig fell on its side right on the aisle and instantly went into the world of dreams.

In addition to the domestic pig, the owner also has a cat with three kittens. Kittens love to play. When all the usual games were already bored with fluffy fidgets, they decided to play with the home hog.

The pig would gladly join the kittens if he did not want to sleep. It’s not easy to wake up Babe, and the kittens understand this. 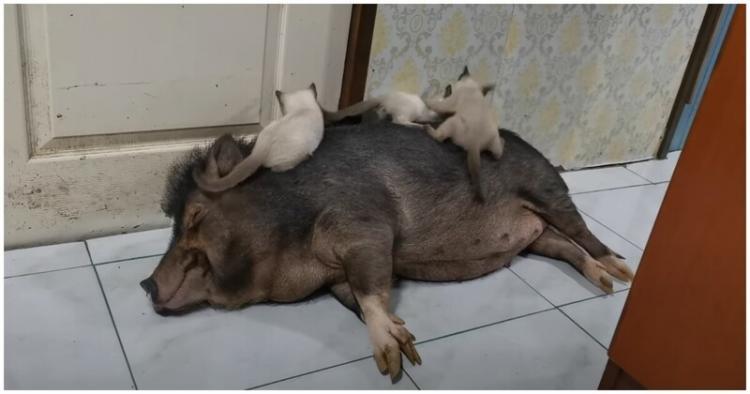 They climbed on top of the sleeping boar and tried to push aside the nirvana pig. Their actions did not bring any results. One kitten decided to take drastic measures. He reached up to Babe’s tail and bit it lightly.

It would seem that even the most tired pig in the world will wake up after such a thing, but our grunt didn’t even move. I wonder what could tire the piglet so much that he fell into such a deep sleep. Do you think it is possible to wake someone up from such a deep sleep?