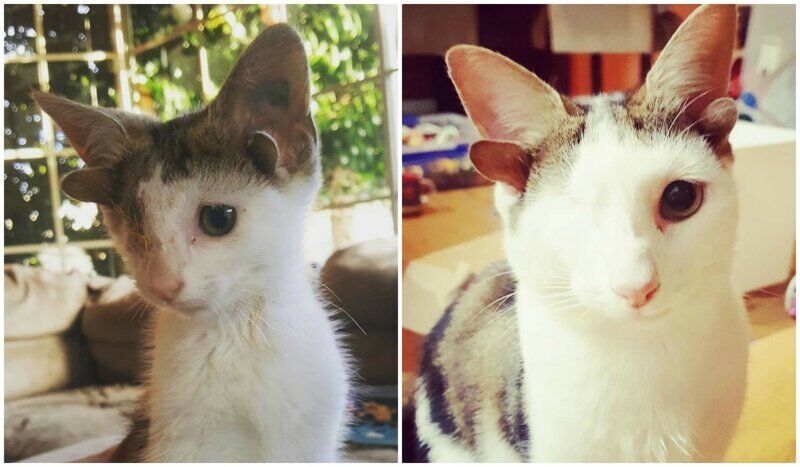 Kitten Frankie was born not like his brothers. The baby had four auricles from birth. In addition, the kitten had problems with eyes, bite and hind legs.

Frankie was found with his healthy brother in one of the parks. Both small animals turned out to be unnecessary to their owners. 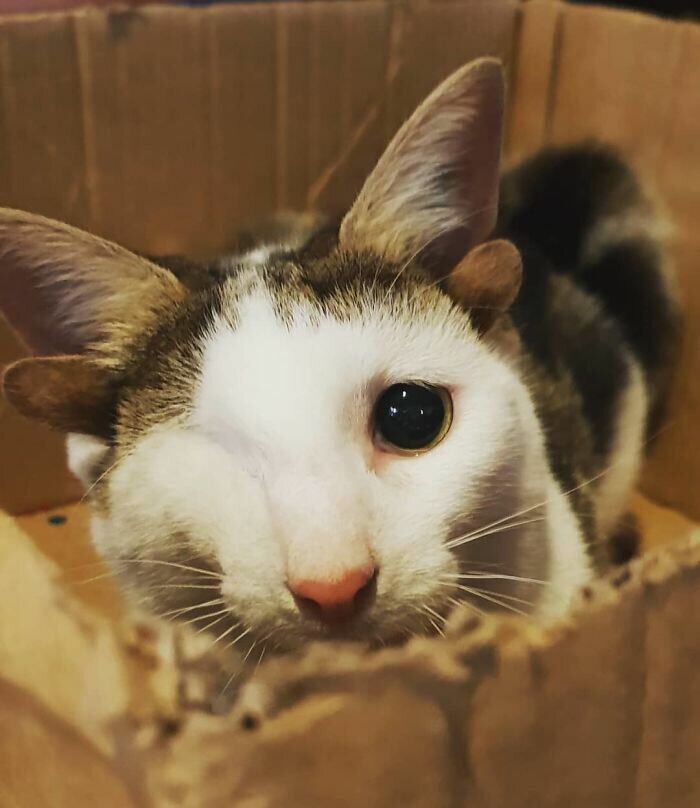 Little Frankie was in good hands just in time. People took him to the veterinary clinic. At first, doctors did not expect any positive results.

But the kitten was strong.

Doctors were able to put the animal on its paws. But, unfortunately, they couldn’t save Frankie’s eye.

All this time, Georgie Anderson, an employee of one of the animal shelters, helped the baby. She has saved more than eighty kittens in her life. Anderson decided to take Frankie under her wing as well.

The woman paid for all medical procedures out of her own pocket.

Due to the fact that nature has endowed him with four ears, the kitten hears worse than the rest. Yes, and vision, of course, is not the best. 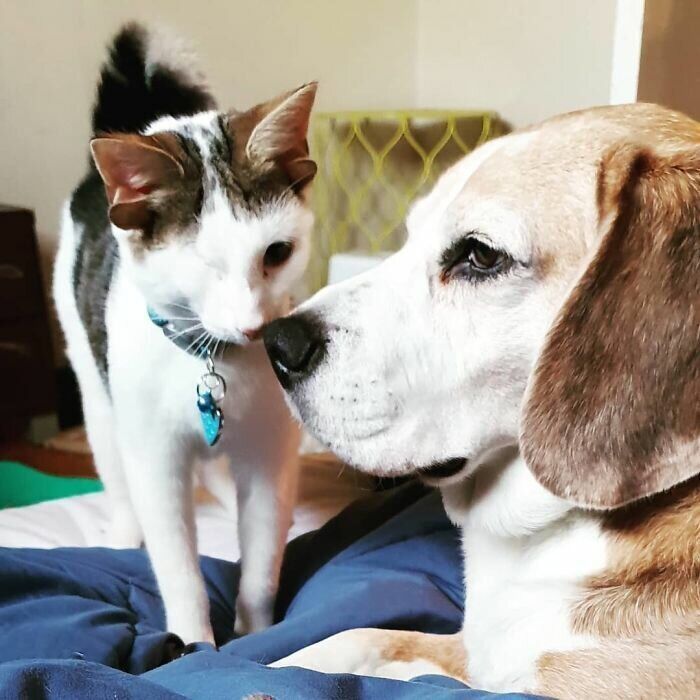 However, as Georgie points out, the little animal is very cheerful and friendly. In addition, Frankie realizes that Anderson helped him a lot. Therefore, the baby constantly shows gratitude to his savior.

The woman has several other cats and one dog in her house. The “newcomer” quickly became friends with them. Georgie reveals that Frankie likes to play pranks, but she forgives him for everything.

In the United States, an animal shelter caught fire, and a homeless man rushed to help the animals. He saved all the pets and became a hero