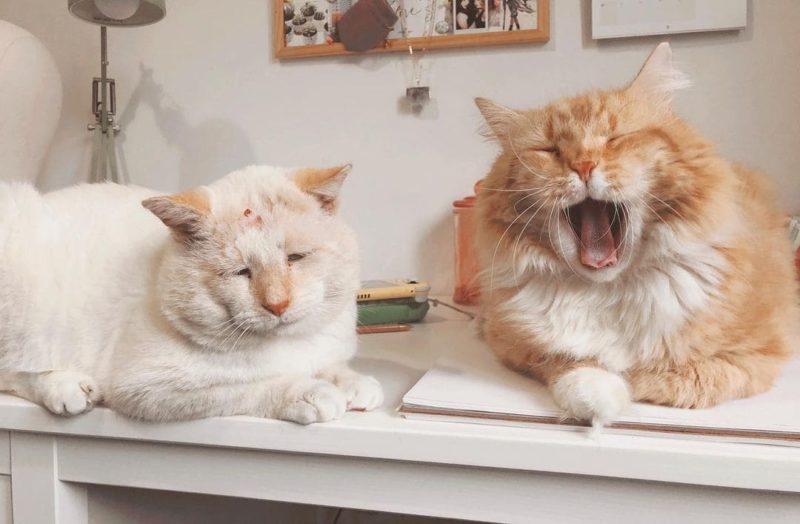 Paris is a shelter worker that has a special love for stray cats. Knowing that she would love the new stray cat named Dan, the shelter staff introduced to her the handsome and fluffy cat.

It was a love from first sight. Dan was just too friendly and cute to forget about. So Paris immediately bonded with him and soo became his human mom.

The hilarious cat was so happy. He would run over the house all day long. He liked to cuddle Paris and also look at himself in the mirror. Everyone kept on saying that Dan was the happiest dog.

Yet, no one was aware of the reality. Dan was a lonely cat that needed more attention.

Actually, Paris noticed how strong her cat needed a friend. And one day the shelter employees again introduced to the woman another stray named Dale. This poor cat had fight wounds on his body as Dan had. 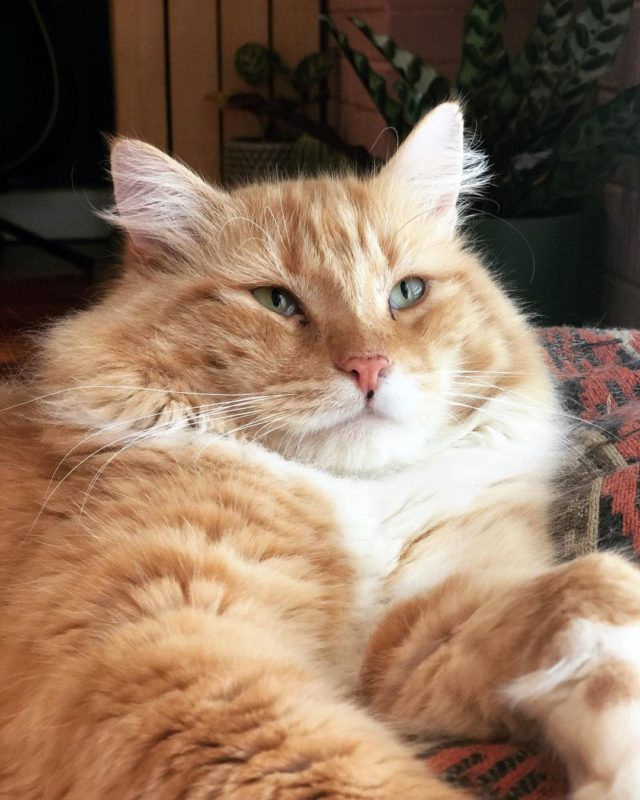 Dale also had a burst abscess on his head that vets soon operated on. After the operation, he recovered and enjoyed his life in the shelter.

But Paris couldn’t ignore the thought of adopting Dale. And it came true!

Dan got a friend! At first, Paris was afraid of their interaction so she separated them into different places during nighttime.

Surprisingly, less than a week ago Dan and Dale become good friends. Dan started licking his friend’s forehead, and every time he sees Dale, he licks his forehead.

While people keep on saying that Dale is a sad dog, Paris explains that the expression he has on the face may be affected by the wound he had on his forehead. 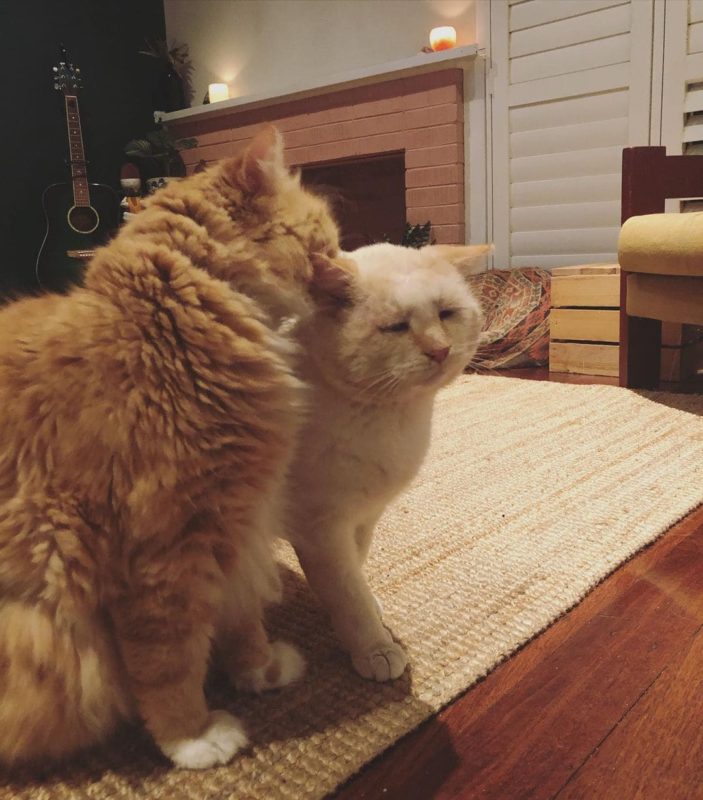 Paris mentions that Dale has the same energy and cuteness as Dan has!

Now they are inseparable brothers that love playing chasing games!

Woman rescued an orphaned deer, and her German Shepherd took care of him