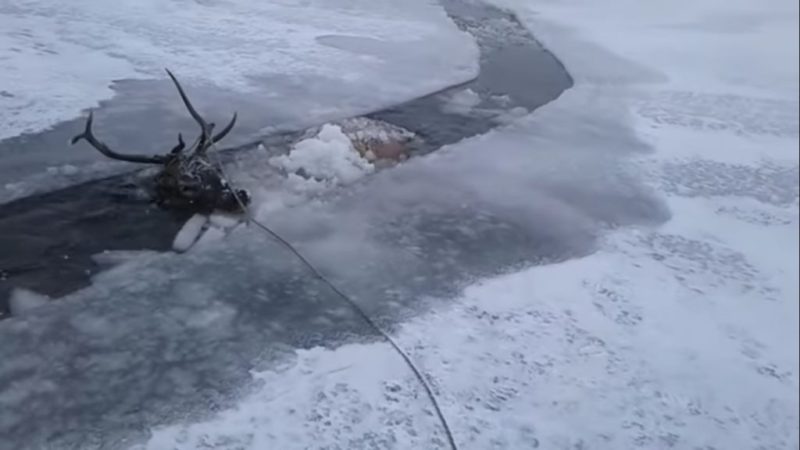 In the world of animals, we can see anything. And it’s not always good things that happen to them. Unfortunately, because of human intervention or natural disasters, these livings suffer a lot. All we can do is to be next to them and help them in the terms of our capabilities.

This story is a good example of friendliness toward an animal.

On the Barguzin River in Ulan-Ude, men rescued a deer, which fell under the ice on the lake and could not get out on its own. The men could not walk past the dying animal.

Using a chainsaw, the man and his friends carved a road through the ice to the shore. Then a rope was tied to the antlers of the deer and they began to drag him to dry land.

When the animal was on the shore, it could not even move, it was so exhausted.

The deer was in the icy water for a very long time and was barely alive. The rescuers lit a fire on the shore and began to rub the animal, massaging the whole body to improve blood circulation. 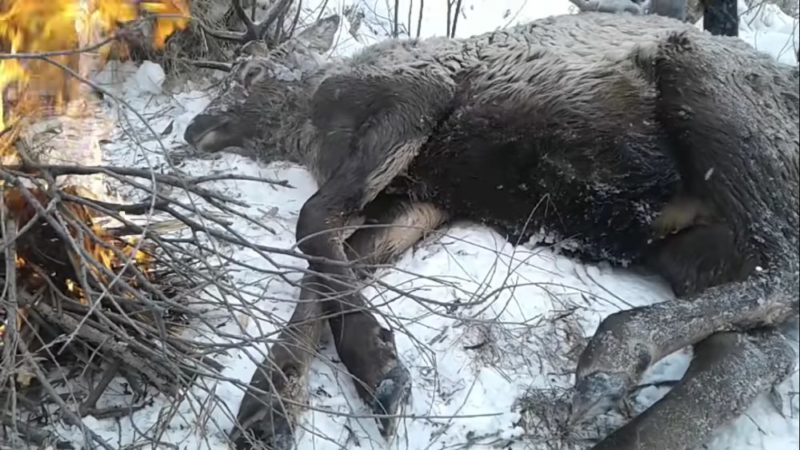 The men then took him to a veterinary clinic, where doctors continued to restore the animal’s mobility.

After a while, the deer felt better and got to his feet. If he could speak, he would thank his saviors! Indeed, respect to these men who couldn’t stand seeing the poor animal suffering.