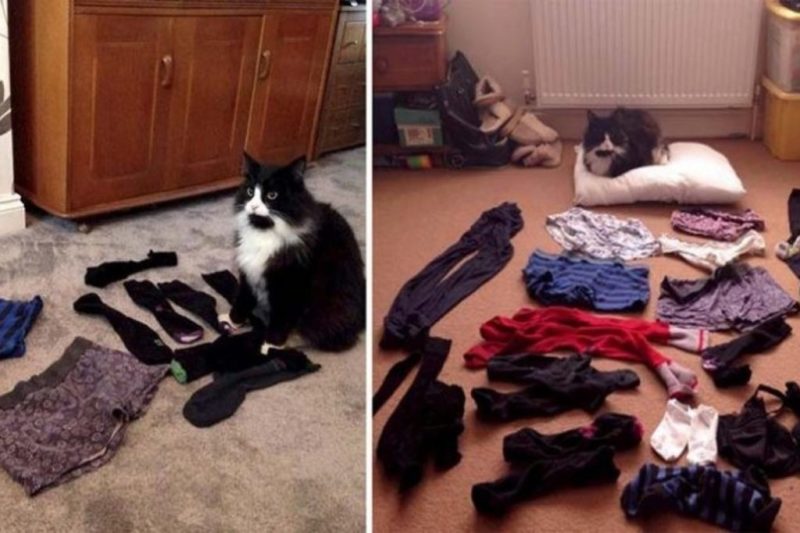 A cat named Thomas became famous throughout Scotland for his thieving habits. The cat is ten years old, and for eight of them, he comes home every day with a new thing. Thomas steals everything he likes from locals and even from stores.

For the first time, Thomas was caught stealing by his owner, Fiona Lewis. 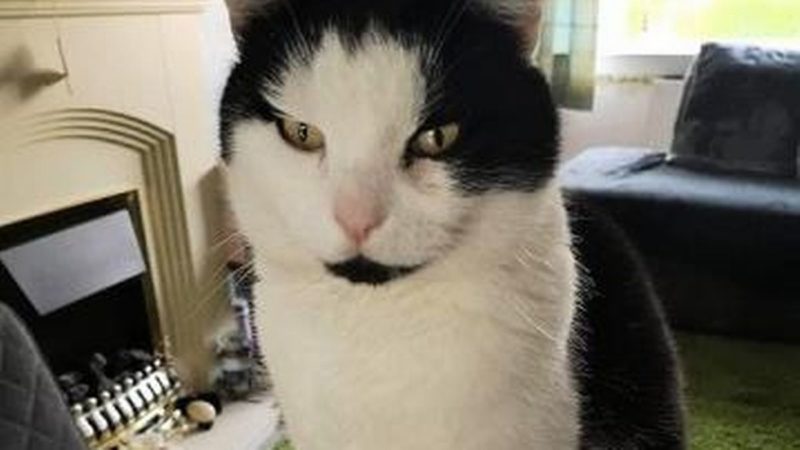 For eight years, he repeatedly took the catch from local fishermen, stole bread from the store, and brought home socks, underwear, shoes – in a word, everything that he could carry in his teeth.

Fiona believes that the reason for this behavior of the cat may be that the first time he brought things home, the owners praised him. He realized that in this way you can get praise or treats and began to steal every day. 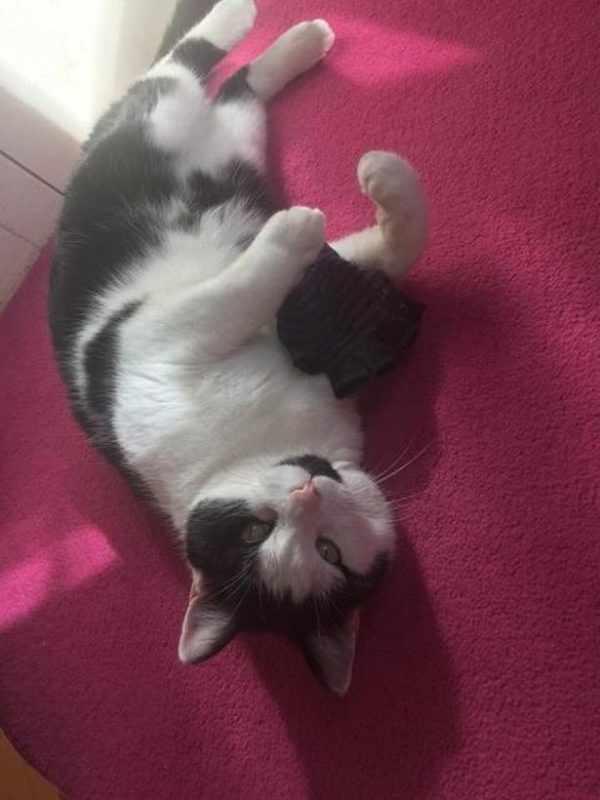 “He just likes to be the center of attention,” Fiona shared. Recently, Fiona started an Instagram page to find the owners of missing items.

This is not the first story in which the thieves turned out to be animals. Another such bandit cat lives in the USA – however, he specializes in shoes. In Berlin, a fox is engaged in “collecting” shoes, and a kitten from Anapa stole money.

Recently, Fiona started an Instagram page to find the owners of missing items.

In Scotland, a cat stole hundreds of things from people. The thief cat doesn’t regret his behavior
Share on Facebook

Helping the dog frozen under the snow, people were horrified to find what she was protecting under her