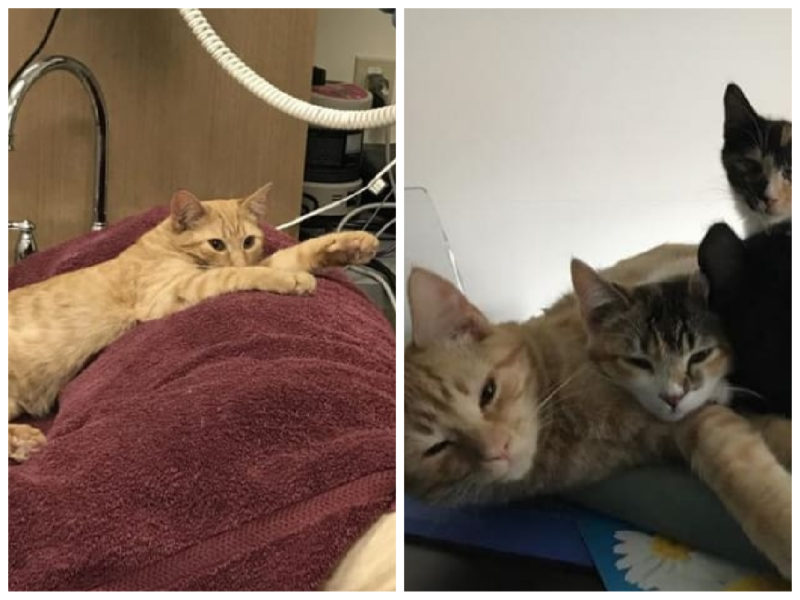 The Northfield Veterinary Clinic in Denver, Colorado, has taken up residence with an unusual cat named Ron. The animal has a real gift for calming other patients – no matter if they are cats or dogs.

In the three months that Ron spent at the shelter, he became a full-fledged member of the team. Morning rounds and caring for the sick are included in the daily schedule of the tailed “doctor”. 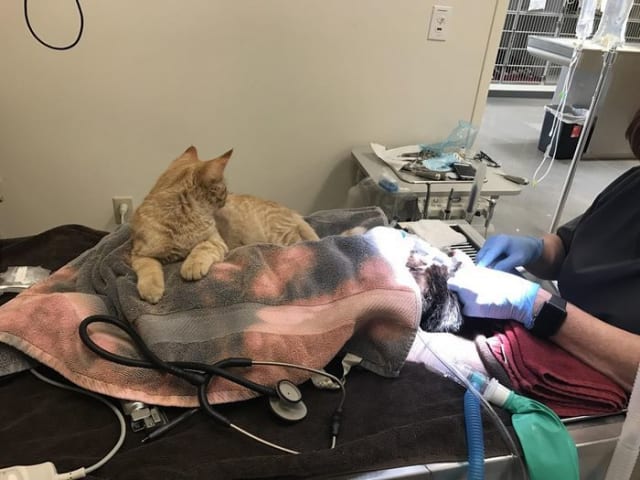 Once he himself was picked up from the street by the workers of the veterinary clinic. As soon as Ron got to the shelter, he was very scared and hid all the time. However, soon the kitten got used to the new house and began to communicate with other animals that were there for treatment.

He approached them and with his purring seemed to let them know that everything would be fine and they had nothing to worry about. 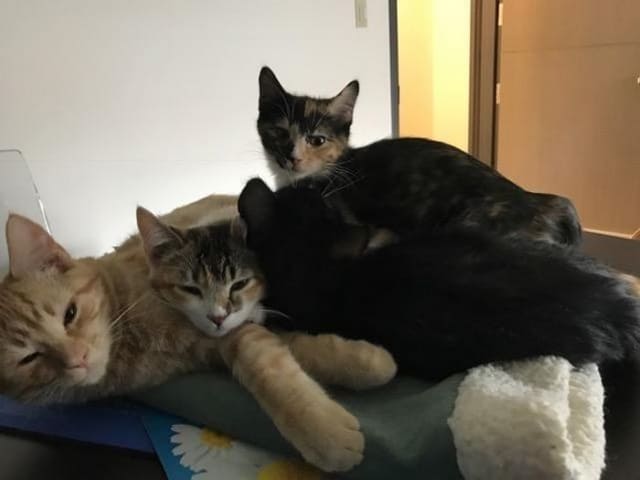 Sometimes the tailed “doctor” simply clings to the patient and warms him with his warmth. He even tends to patients while they sleep, apparently trying to keep them comfortable.

Ron recently left the orphanage. The time has come, and the tailed “doctor” found a real family and moved to live now in his own house. 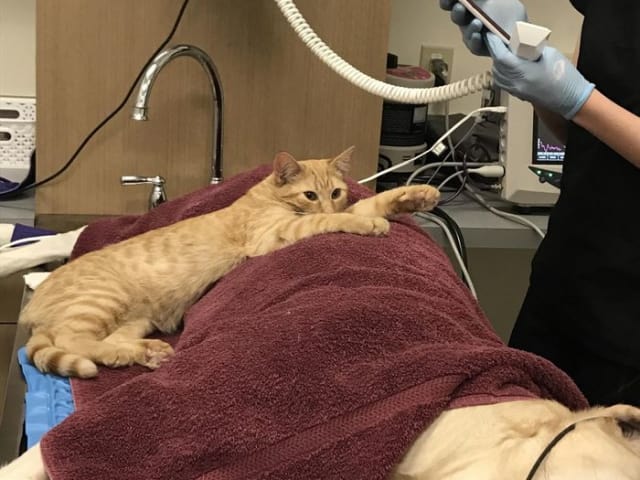 The kitten lived in the clinic for three months. And all this time he acted as if he really were an employee of the hospital: he looked after patients and made rounds.

We wish Ron will feel the same warmth he gave to other pets.