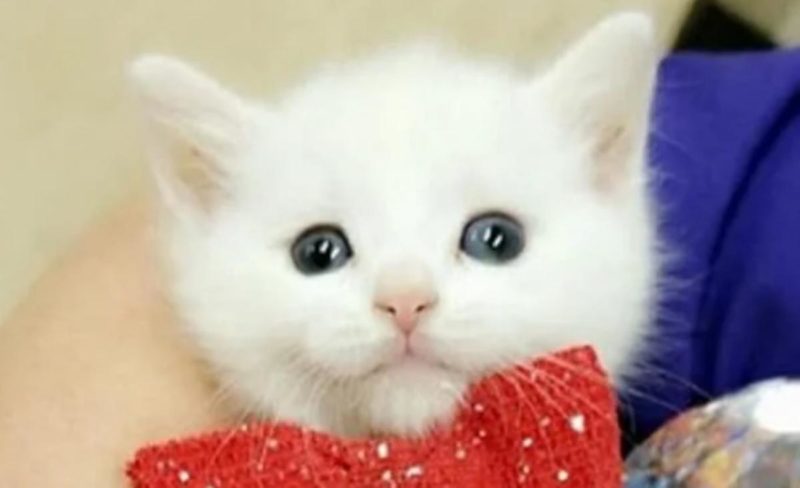 The first owners of Skywalker cat, despite his kindness and cute appearance, decided to get rid of him. Disproportionately large fingers and a “looking” thumb to the side became the reason for dislike.

Without thinking of anything better, they brought the pet to one of the veterinary clinics and chose to forget about its existence.

Doctors performed a full diagnostic check and concluded that the developmental feature does not prevent the cat from living. The foundling was taken to her home by an employee of the veterinary clinic.

At first, the baby was afraid to be in someone else’s home, squealed in fear and tried to hide in a secluded corner. 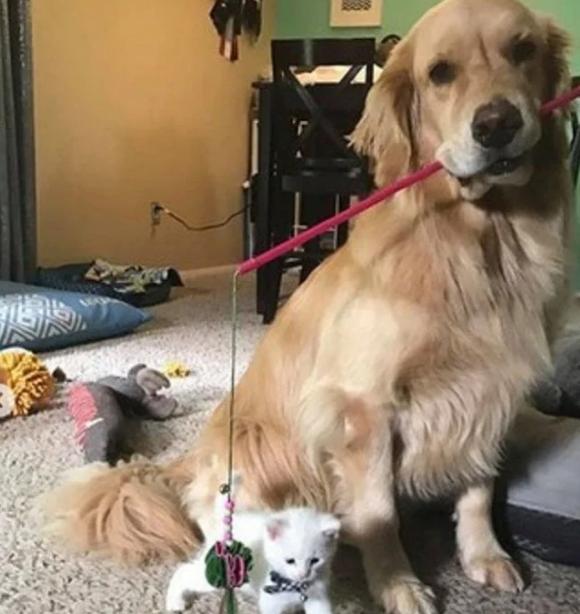 An old-timer at home, the dog Mojito, came to incomprehensible sounds. Not alien to maternal instincts, she took up his upbringing, surrounded by care and affection.

The dog warmed the baby, washed and played outdoor games with him. Her favorite pastime is to carry a rope so that the kitten runs after it. Skywalker grew up, became an adult cat, but he did not lose his love for his foster mother. 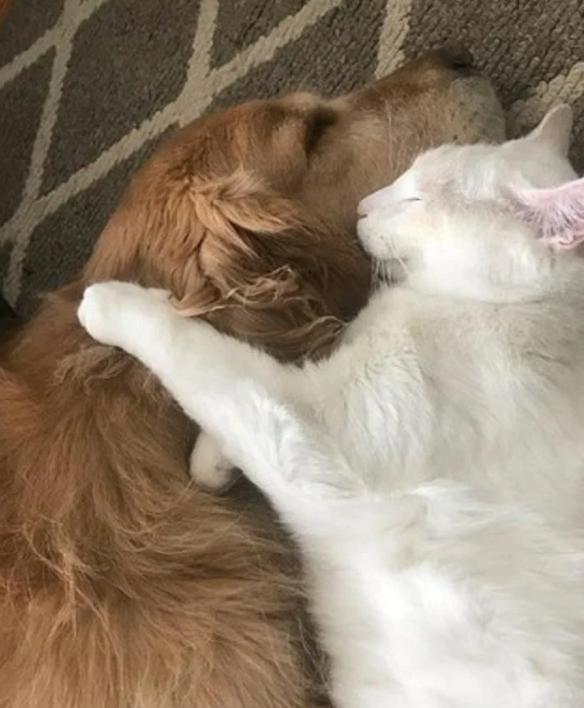 The animal was very lucky that after the first betrayal he was able to find two loving hearts – a human and a dog.