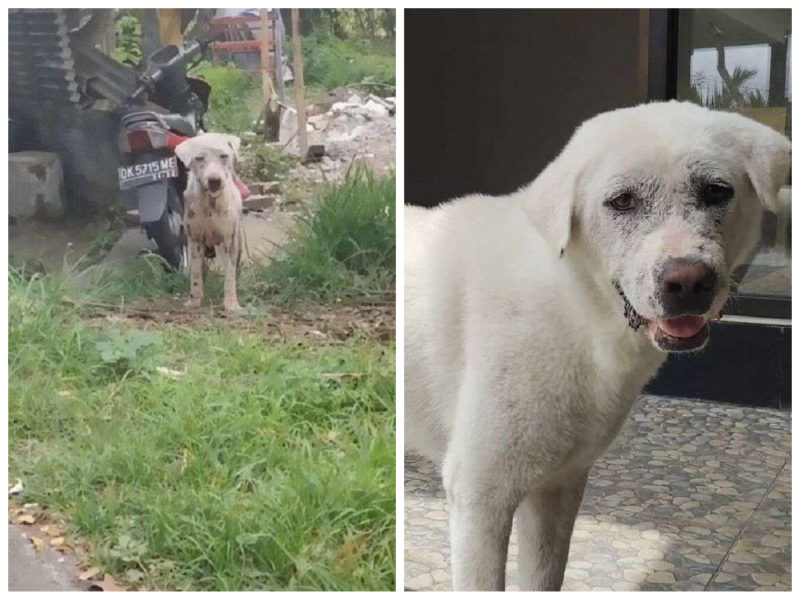 Bali is famous not only for its picturesque views and great relaxation, but also for a large number of stray dogs.

One of these was met by a caring man Aaron, who decided to help the animal.

Aaron was driving along the road and noticed a stray dog ​​near the side of the road. He looked very weak, scared, sick, dehydrated and hungry. In addition, the dog was in danger, because cars were constantly rushing by. 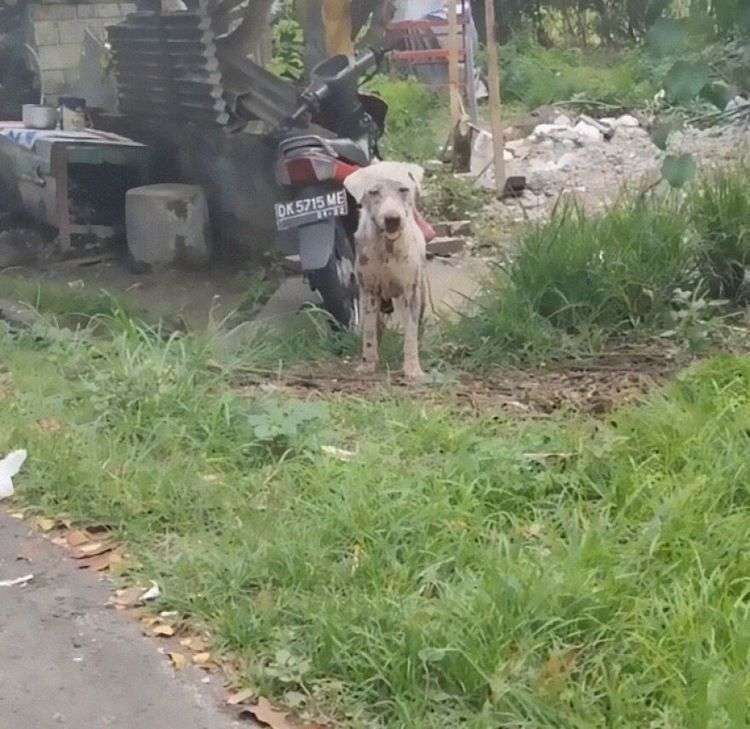 At first, the dog seemed wounded to Aaron. The man also noticed skin problems: the dog was practically bald. But upon closer examination, it turned out that the skin is literally speckled with ulcers, which are about to open up. This is not a sight for the faint of heart.

Aaron turned to the employees of the tire store for help: the guys together managed to drive the dog away from the dangerous place, so that he was in a more protected area. 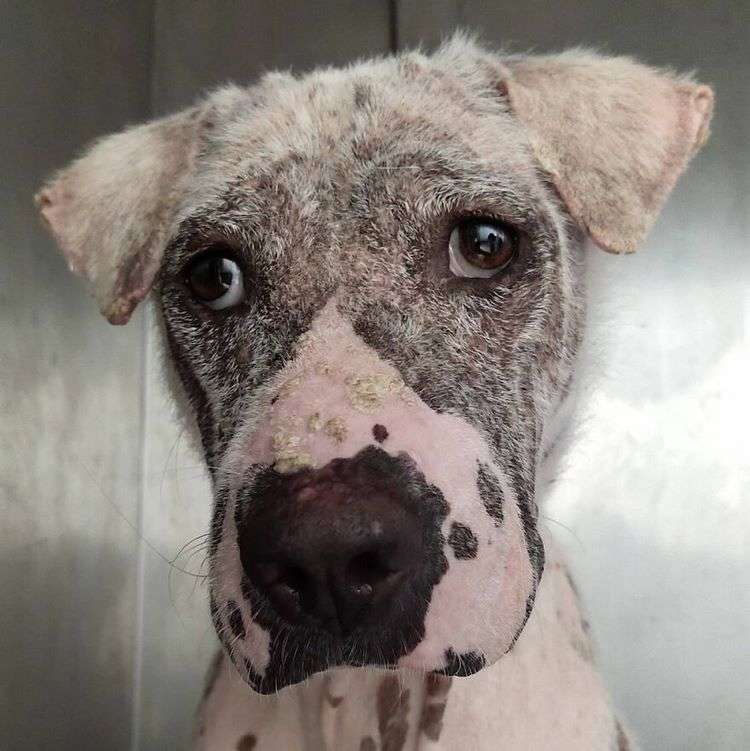 The dog did not allow people to approach him, clearly did not trust them. The man tried to approach and even lured the animal with food. After a while, hunger overcame the stray dog, and he ate the offered food.

Aaron was upset that a lot of people must have passed by the dog, and none of them paid attention to what was happening, did not want to help. He realized that he definitely could not leave the animal in trouble. 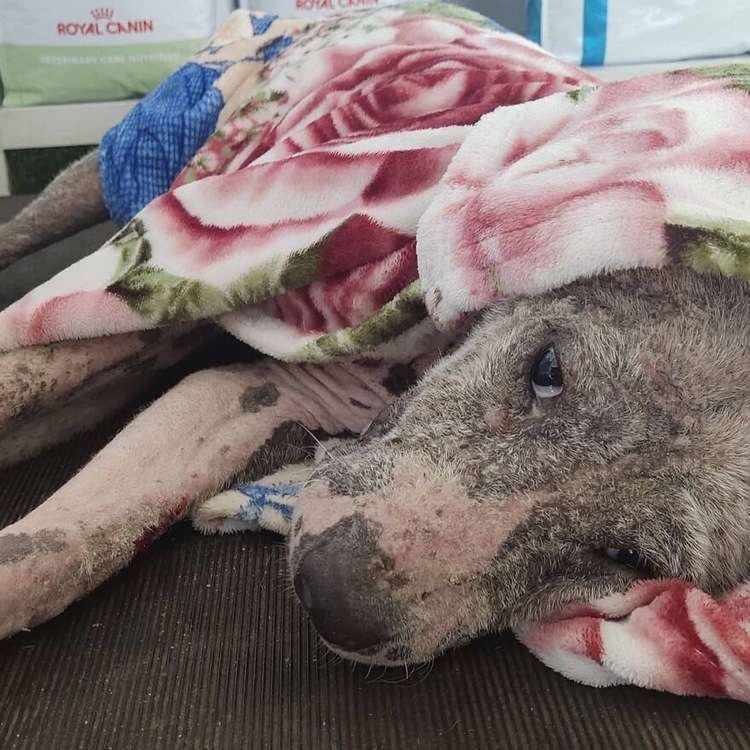 But Aaron could not catch him on his own, so he turned to a local shelter for help and asked the staff to deliver the dog to the clinic.

Finally, the dog was taken to a veterinary center, where he began to receive immediate medical attention. It turned out that in addition to dehydration and exhaustion, cancer was present. Veterinarians started chemotherapy.

The dog was named Homer. 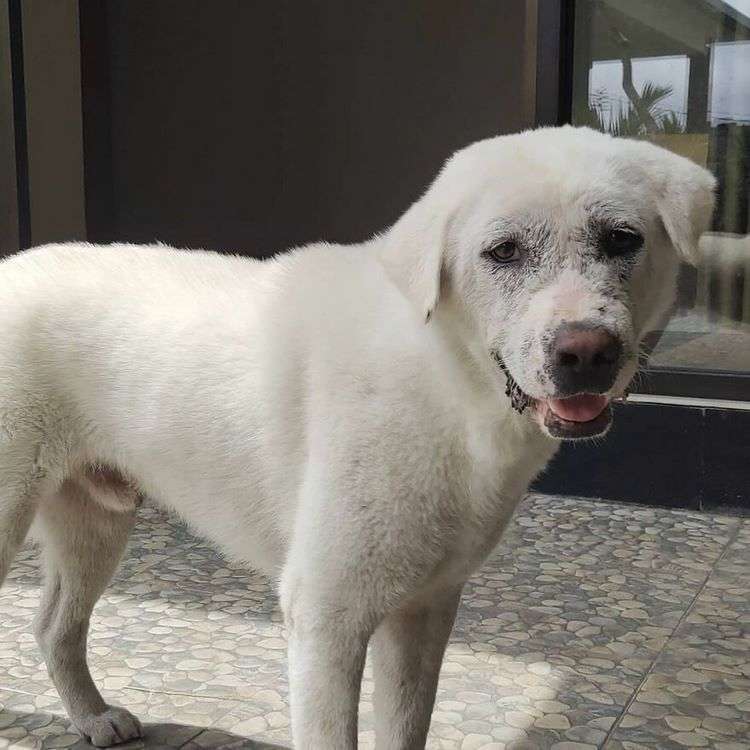 Within a month, the lucky Homer was unrecognizable. He gained weight and looked much better. Three months later, the treatment gave results: the dog defeated cancer, began to grow overgrown with fluffy light hair.

The dog was soon adopted: Aaron’s friend Nungki wanted to shelter the four-legged pup. Now Homer is happy with his new life and every day of it.

Hungry and downtrodden dog from a gas station turned into a happy, handsome doggie in a month
Share on Facebook