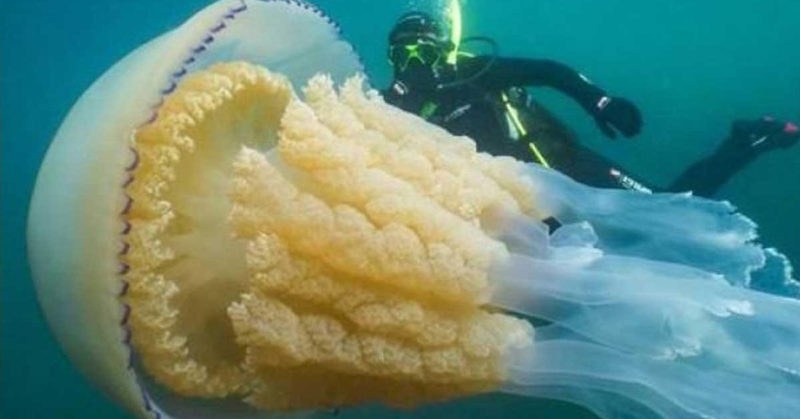 Not so long ago, the inhabitants of the entire planet were once again convinced that nature is always ready to amaze our imagination.

After all, a truly incredible jellyfish was discovered off the coast of Great Britain. It turned out that its size is about 1.5 meters. Just imagine – she is almost like a person!

The first such amazing creature was noticed by the popular TV presenter Lizzie Daly. She emphasized that she knew before that barrel jellyfish can be so large.

Only this case was able to exceed all expectations and allow people to look at such creatures from the other side! 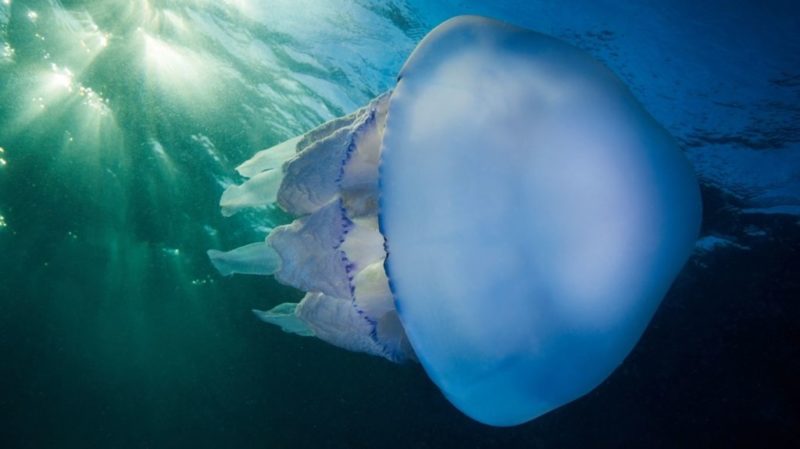 This natural wonder has been spotted near Falmouth. It should be said that, in principle, barrel jellyfish are one of the largest representatives of their species. But still, as a rule, their size almost never exceeds one meter, and they weigh no more than 25 kilograms.

During the summer months, when the temperature of the water and air rises, barrel jellyfish are often thrown onto the British coast.

Many people have long been accustomed to this phenomenon, but this giant jellyfish still caused a huge stir in the press and just among the people of Great Britain.

Look at her! It is a big miracle!