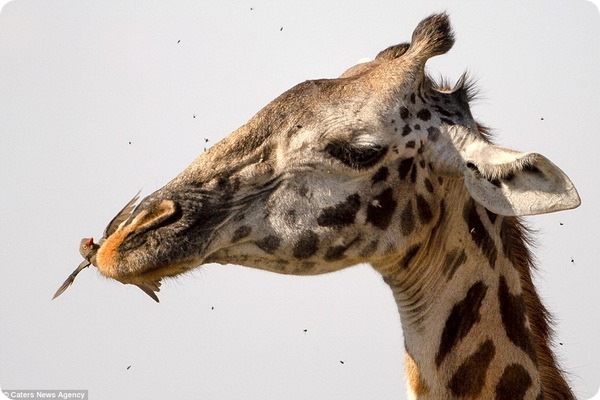 Recently, the well-known British edition of the Daily Mail published stunning pictures of the Russian wildlife photographer Julia Sundukova. The photographs show how red-billed starlings are cleaning the teeth of a giraffe.

These African birds feed on food leftovers that are stuck between the teeth of the Tanzanian giant. These works capture the bizarre but mutually beneficial relationship between very different animals – a small starling and a huge giraffe. 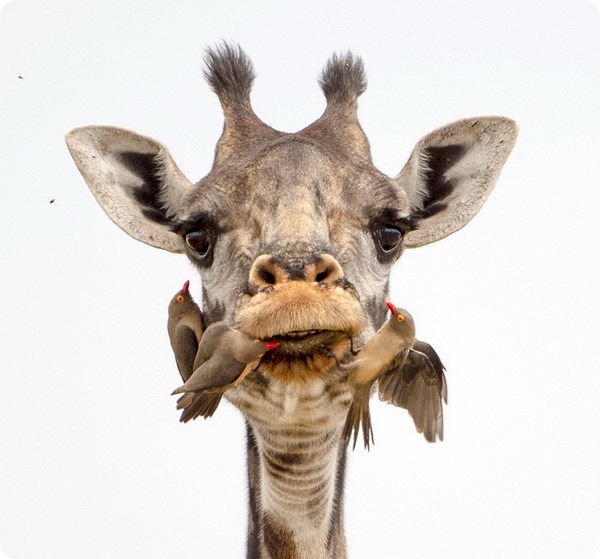 Such symbiosis in the animal world is not uncommon and occurs quite often, the main thing is the ability to discern it. Red-billed starlings provide assistance not only to giraffes but also to other inhabitants of East Africa.

These birds are very attached to large animals, from the skin of which they peck out various parasitic insects and their larvae. 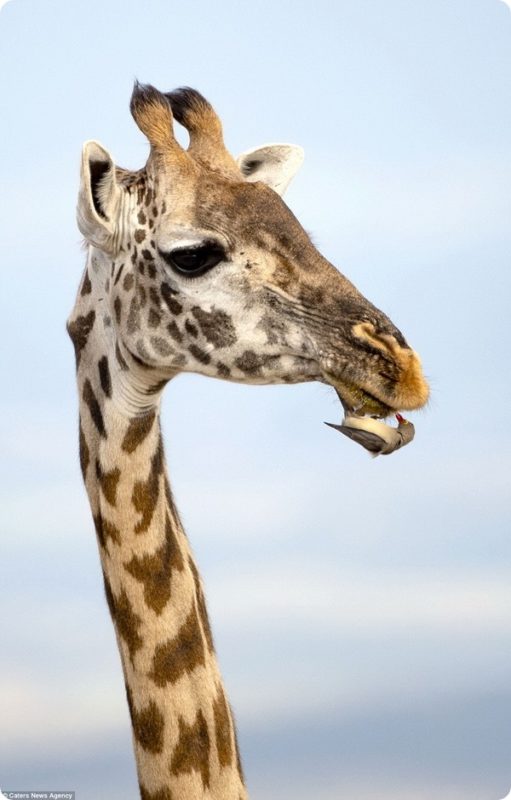 Thus, the birds provide their wards with an invaluable service. Animals that are exposed to such services treat starlings very calmly, it seems that they understand all the charms of such a service.

Red-billed starlings are small birds of a rather dense constitution. In addition, this starling has a rather strong beak, which in the process of evolution acquired a device resembling strong tongs.

Such “tongs” allow the starling to easily cope with gadfly larvae hiding in the skins of large animals. In the African expanses, these starlings unmistakably look for herds of buffaloes, zebras, antelopes, giraffes or other animals, in whose wool the gadfly lays its eggs.