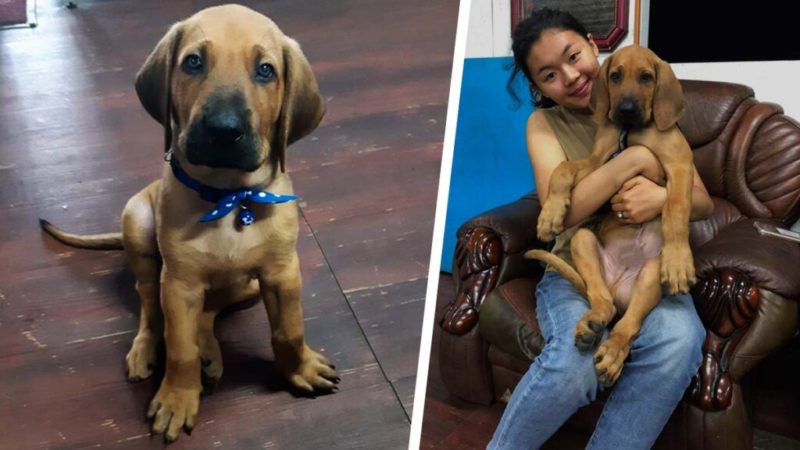 Unfortunately, our pets, to which we get so used, do not live forever. So one of the Taiwanese family the beloved dog had just passed away.

It is difficult to describe in words how hard the owners experienced the loss of their favorite. A little girl named Chang suffered the most.

To support Chang and her parents, close friends gave them a puppy – small, fluffy and incredibly energetic. It was so fluffy and round that Chang called it Bun.

But as the new pet grew older, it became clear that it would look more like a huge loaf, and not like a small bun. 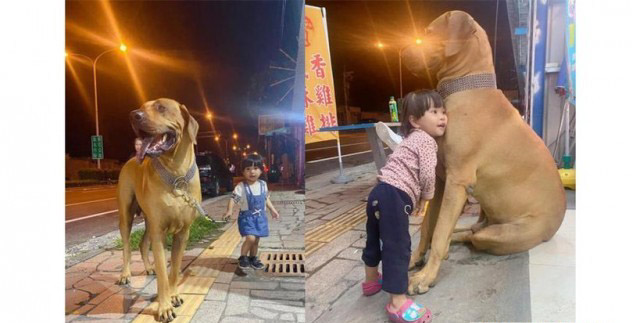 Over time, the owners found out that their friends gave them not an ordinary mongrel, but a Broholmer – one of the representatives of a giant breed of dogs from Denmark.

When Bun was 6 months old, her height was almost on a par with the height of a person. And next to her owner Chang, Bun looked like a real elephant. 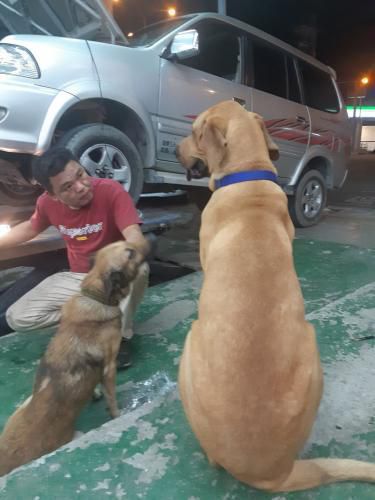 It is good that with its size the dog had a good-natured character. She was incredibly kind and enjoyed playing with Chang: she ran, always allowed herself to be hugged and even rolled on her back.