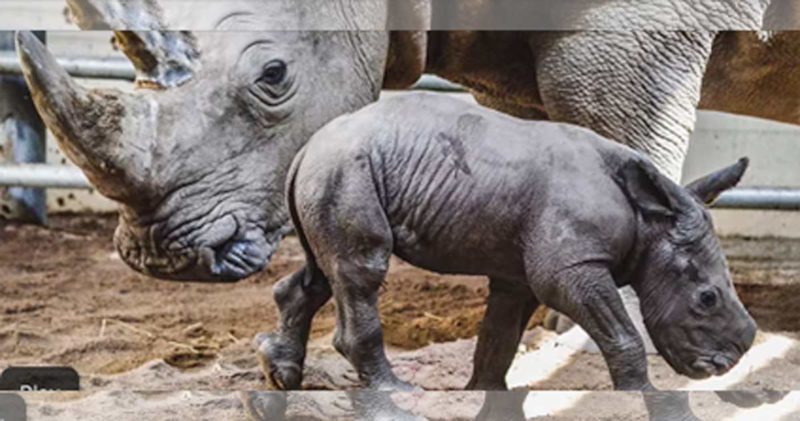 The festivity was special because it was the first time that a calf from this species was born in that place. In addition, the mama – Zina was giving birth for the first time.

It turned out that Zina is a very caring mother. She is attentive and soft with her small baby. The animal center reports that the baby is strong. Tha calf has a special bond with its mother.

As it is known, the pregnancy of rhinos takes 16-18 months.It took the mother 16 months and 21 days to give birth to the first white rhino in the Virginia Animal Center. 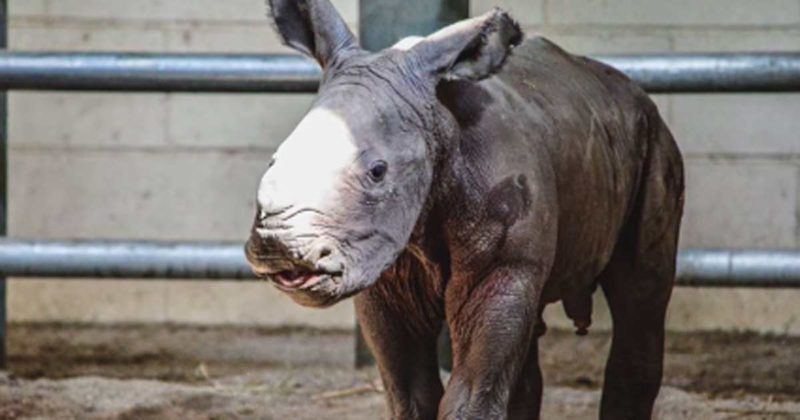 In reality, rhinos are killed for their expensive horns.

In this center there are already four white rhinos including the baby boy. Others are Sibindi, Zina and Bora.

The boy hasn’t got a name yet. The animal center staff decided to auction the copyright of choosing a name for the small baby. The gain will be contributed to the Rhino Foundation.

Historic birth of the rare Southern white rhino at Virginia Animal Center – welcome to the world!
Share on Facebook