A policeman from South Africa was devastated and his eyes were all in tears when he lost his best friend – Oilive, a police dog. Constable Songezile Katikati is the handler of a rescue dog specially trained to save drowning people.

The story has a positive beginning. The police officer with his dog went to the forests of the Sulenkama region to find a lost man.

Eventually, the dog made his mission successful. On the way back, when they didn’t even get on the car, a pack of stray dogs chased after Olive.

The officer could remember how scared his dog was. Olive is a rescue dog and she never harms anyone. She got scared and ran away. The cop couldn’t reach her and for three days there was no news about the police dog. 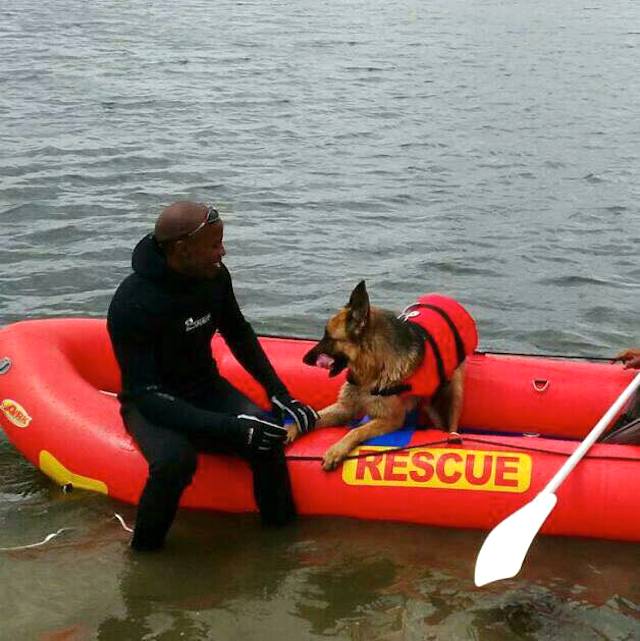 Days passed and finally, the dog was found. Rescuers tell that the poor dog got stuck between tree bushes. They set her free. On the body of the dog were no injuries. She was as active as in past.

When Katikati met the dog his dog, he started crying and hugging the animal. Later he told that Olive is like a daughter to him. 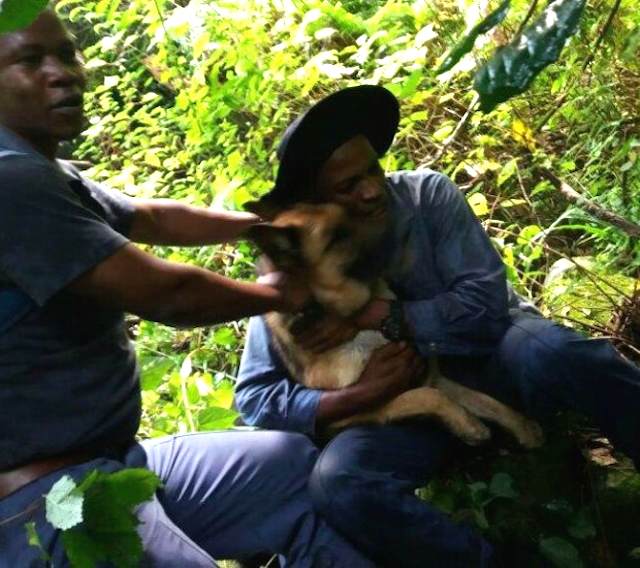 The previous days were nightmares. He couldn’t sleep at night. The only hope and strength he received were from his friends and colleagues.

We are happy that Olive is found and continues her duty near her lovely handler!