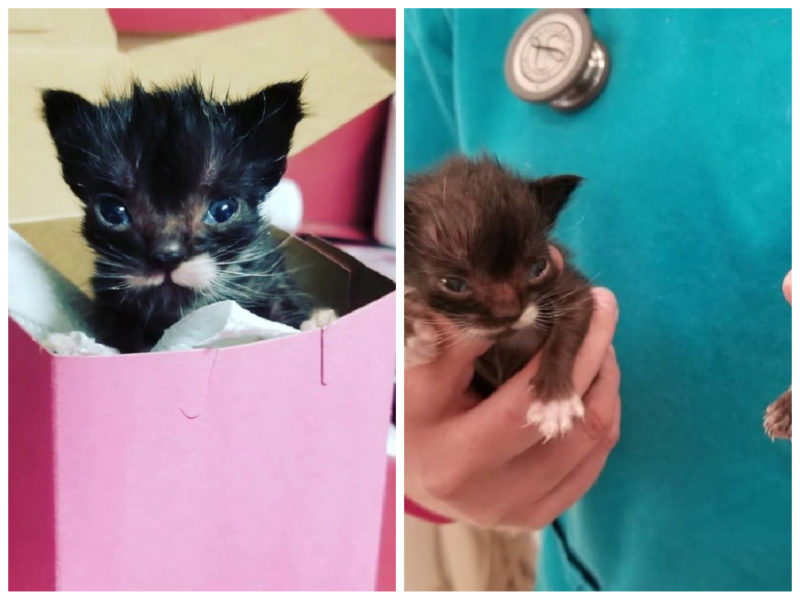 When this baby, named Francis, along with his mother and other kittens got to the shelter, the volunteers quickly noticed that he was very different from his brothers and sisters.

Other kittens weighed at least 280 grams, which was the normal weight for their age of 18 days, and Francis weighed only 113 grams, that is, half as much.

The volunteers did not know why he was so small, due to the fact that he did not get enough food, illness or genetic mutations. After spending a few days at the shelter, his siblings put on weight, but this kitten hasn’t changed much. 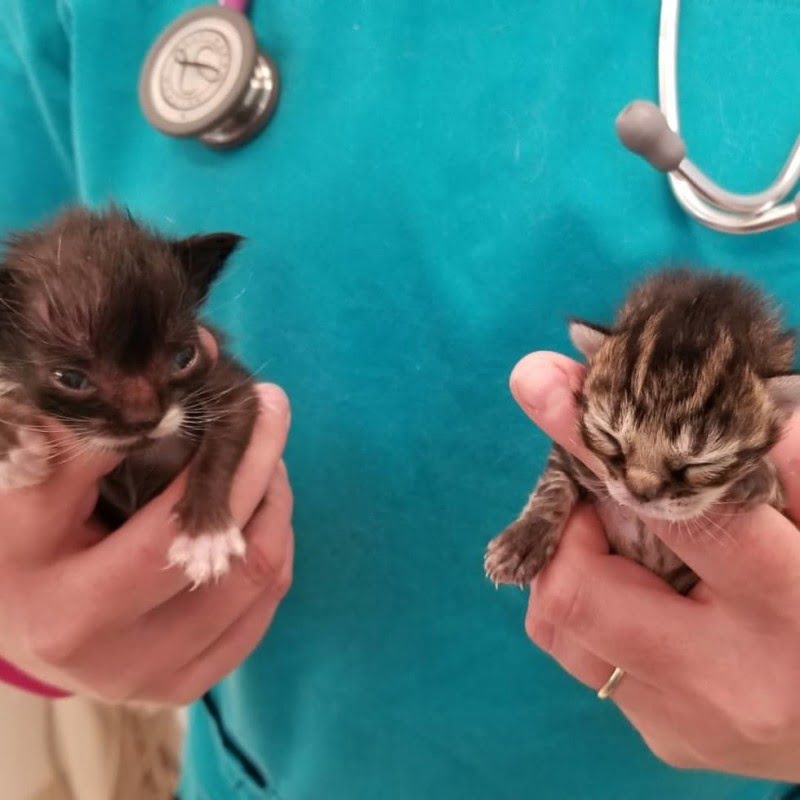 Then Ellen Carozza, the owner of the NOVA Cat Clinic, turned her attention to the baby. She took the kitten under her care and found out that he had a lot of hair loss, as well as some heart murmurs.

Ellen suspected the baby had hypothyroidism. This disease is caused by a long-term deficiency of thyroid hormones.

Ellen has sent samples for testing and has yet to receive results, but she is confident in her diagnosis. If hypothyroidism is not complicated, like Francis’s, then medications can help. It’s also a very rare condition in cats, Ellen says. 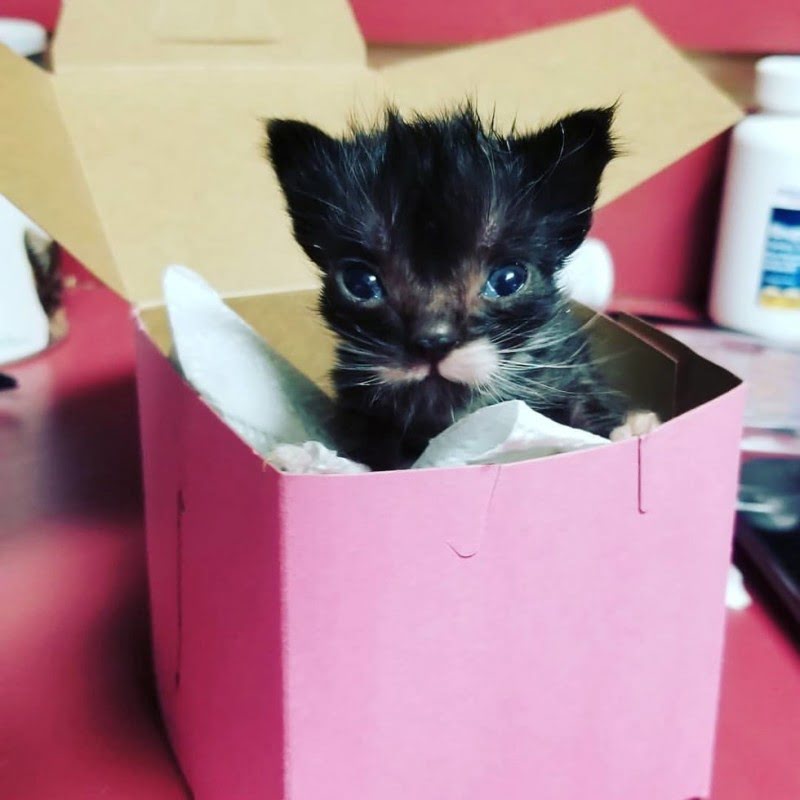 Despite his illness, Francis is a very cheerful kitten, he often purrs when Ellen takes him in her arms and he has a luxurious “mustache” on his face, which gives him expressiveness.

Soon the white cat Benny, who has been living with Ellen for many years and is not indifferent to kittens, drew attention to Francis. 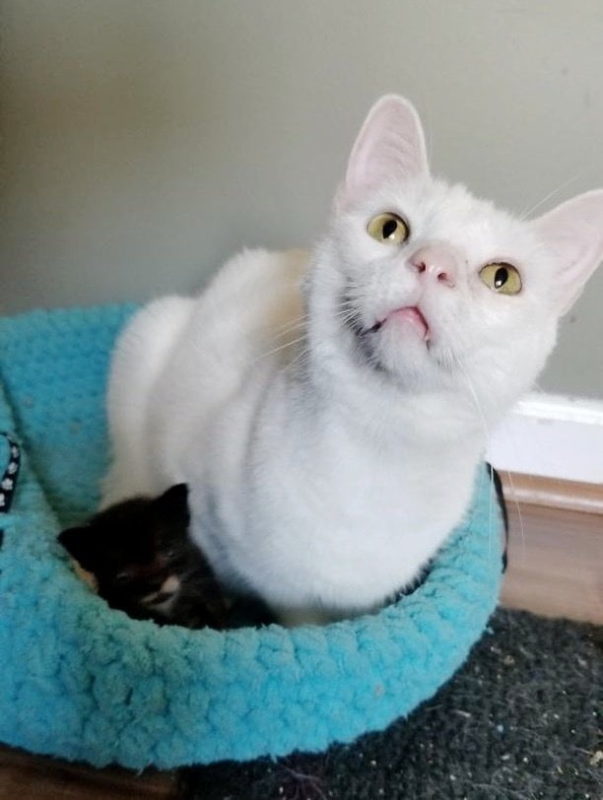 He always tries to lick and warm them and Francis was no exception.

Benny has toys that are almost the size of Francis, but he is very careful with the baby, and the kitten has already begun to repeat all the cat movements for Benny, such as licking and climbing on the scratching post.

Now Francis is gaining strength very slowly, but with Ellen’s care, he has every chance of survival.