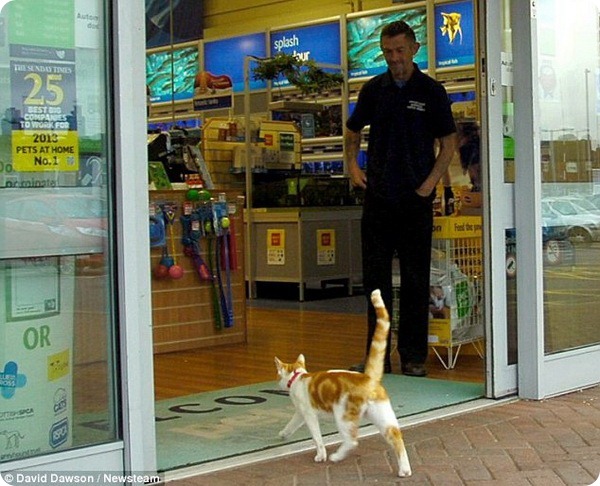 In a pet store “Pets at Home” in Boston (Lincolnshire), a white-red cat comes to work every day, which the employees of this store called Graham, but no one knows what his real name is.

The cat arrives in the morning, at the opening of the store and sits at the entrance, waiting for the staff, according to the Daily Mail.

When he gets inside the store, he enjoys watching the swimming fish in the aquarium, examining the mice and hamsters.

According to store employees, the first thing when Graham enters the store is he jumps on the counter and talks to the salespeople, and only then begins his traditional walk around the premises.

For a while, the staff tried to discourage him, but all attempts were unsuccessful. When it became clear that there was no harm from him, he was left alone.

Once there was a small incident when he gnawed a package of cat food, but after that they began to feed him and he gave up these attempts. 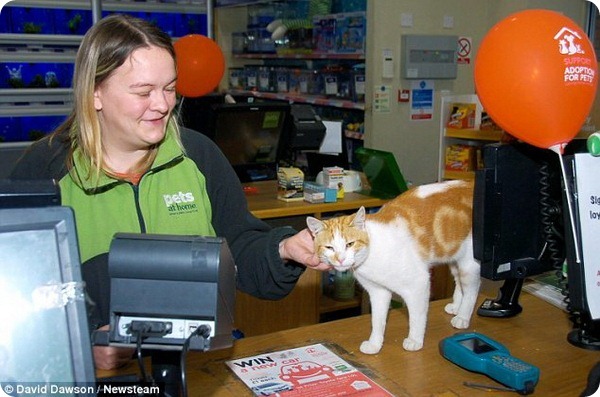 All employees are already accustomed to Graham and sometimes even play with old toys that are not suitable for sale. He often walks along the shelves with goods and examines them, loves to climb onto the counter at the checkout, and also just sit on the rug at the entrance, welcoming new customers.

Interestingly, animals that are in cages or aquariums are also used to the cat and are not at all afraid of it. When he is not there, many customers who have entered the store are always interested in where he has gone. So Graham also advertises their store.

Most often, he does not sit out until the end of the working day and leaves for his cat business. And where does he go and where he lives – no one knows. 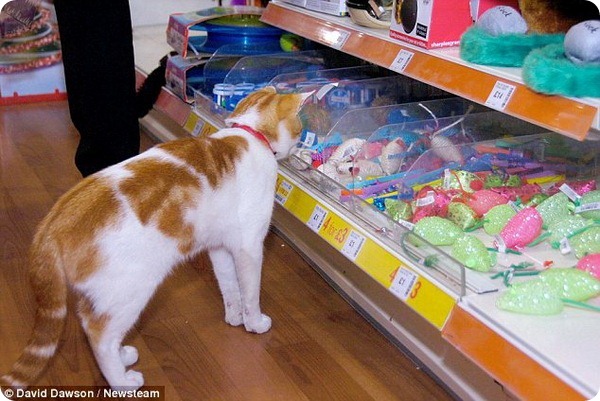 “Everyone is used to it – both the staff and the animals, that are not at all afraid of it,” says Vicky Coker, deputy manager of Pets at Home.

When the cat is about to leave, the staff always say goodbye to him, telling him: “See you tomorrow, Graham!”

Because everyone knows for sure that the next day he will come again.