One evening while walking, Alabama resident Ralph Dorn noticed that his dog, Harley, was not nearby.

By this time, the pet running on the street usually already comes home, and Ralph looked out the window, wanting to make sure that Harley was okay.

The man lives on the shore of the lake – it was there that he noticed his dog. He was busy with an important business: he was swimming in the direction of a very small deer floundering in the lake. 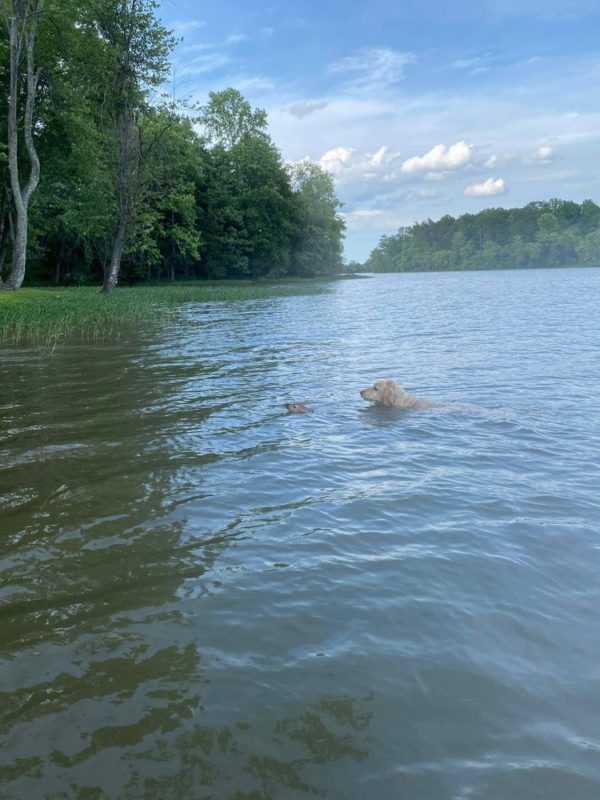 It is not known how the baby ended up in the middle of the reservoir, but the situation took a dangerous turn.

Adult deer are able to swim across the river, but even they get tired quickly, and the baby deer does not have enough strength to stay in the water for a long time.

Harley swam to the right place and began with all his might to urge the young deer back to land, cheering and not leaving one. The rescue operation ended successfully. 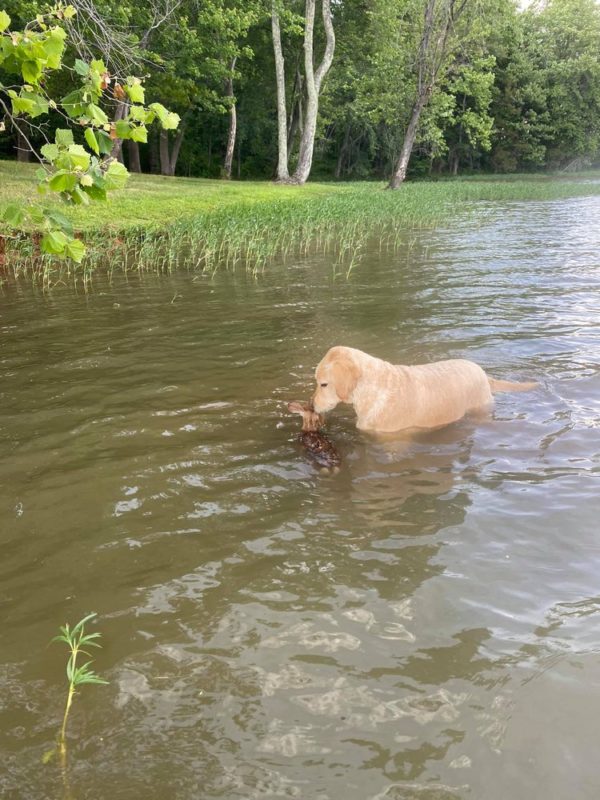 The fawn looked frightened, but soon his mother appeared from the bushes, and the reunited family went about their business. Before that, Harley licked the baby to calm him down and shake off excess water.

A few days later, the fawn again found itself on Ralph’s site: Harley heard and smelled him, and when the animals met, the baby was no longer frightened. 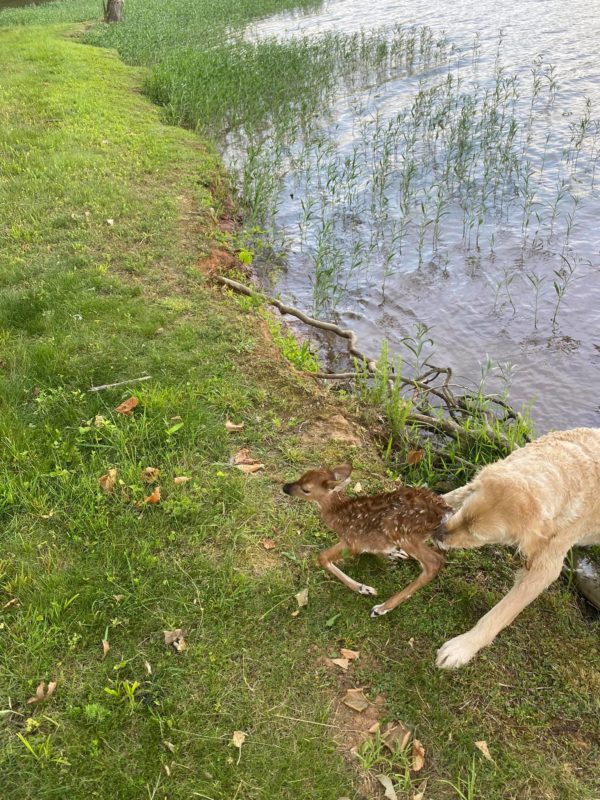 Cynologists explain that in some domestic dogs, the desire to save and help others is inherent in the genes. See how a dog abandoned by its owners rescues koalas.

And in the Guinness Book of Records, the world’s fastest rescue dog in the water is noted: this is a Newfoundland named Jack Black, who is 1 minute and 36 seconds dog saved a man “drowning” at a distance of 25 meters.