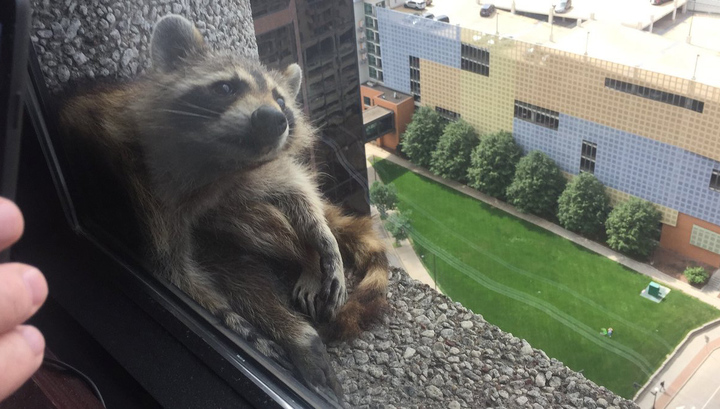 Events develop almost live – all Tuesday, June 12, journalists from St. Paul, Minnesota, followed the movements of a raccoon, that decided to conquer a 24-story skyscraper.

A raccoon, an ordinary thief of food from garbage cans, was noticed by passers-by on Tuesday morning when he, for some unknown reason, began to climb the wall of the USB Tower building.

It looked like a parody of Spiderman and other superheroes because the beast was actually climbing a bare wall. 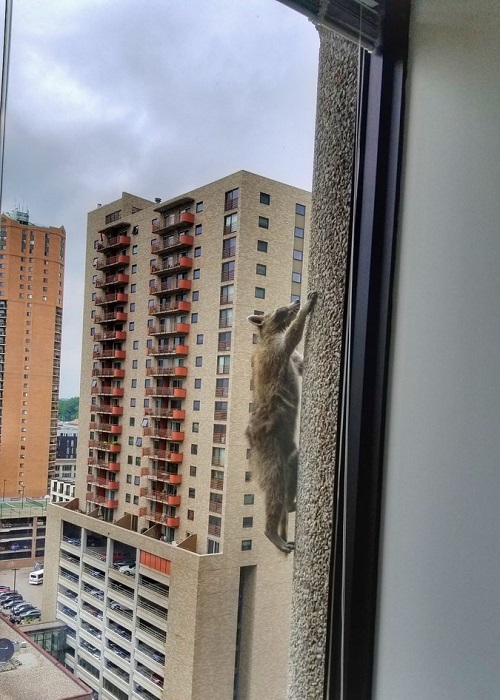 When the first impression passed, the problem stood up to its full height – the raccoon was already at the level of the 12th floor and could fall down at any moment.

The desire to gawk quickly gave way to massive sympathy. It became obvious that the animal was disoriented, he climbed the wall due to the fact that he was frightened by something below, and now he didn’t know what to wish for next.

The height was already decent and the raccoon stopped at each floor to sit in the structural recesses and take a breath. And the Internet was again filled with heartbreaking photographs – now from inside the building.

By that time, the raccoon saga had reached almost national proportions, hashtags were launched, journalists vied with each other to interview eyewitnesses and discuss how to help the little animal. 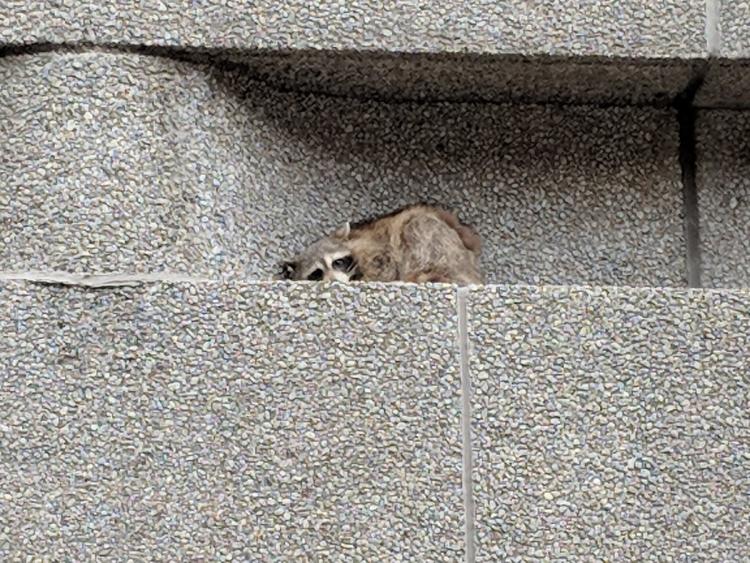 Taking into account the difference in time zones, the news spread to other continents and the raccoon stuck in a skyscraper was talked about everywhere.

But why haven’t the brave American rescuers still done their job? This is the whole problem – the windows in the building do not open. People were already ready to just break them, funds were created and volunteers were ready to climb out to save the raccoon. 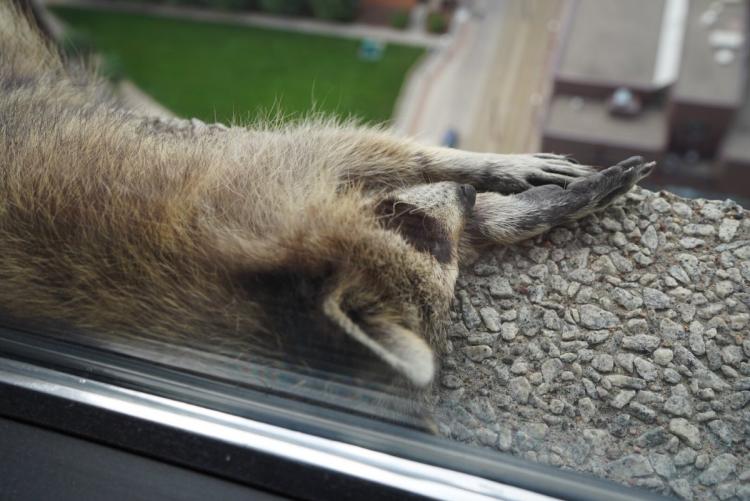 Experts asked to leave the animal alone, he did not eat, drink and did not rest for more than a day, and now he sat at the level of the 23rd floor in a state of stress. Wrong movement or noise – and the raccoon would fall down.

In fact, it wasn’t until late Tuesday night that the raccoon began to make its way down from the seventeenth floor slowly.

Thankfully, blessedly, the raccoon is safe.

Following America, the whole world is tensely following the fate of a raccoon stuck on a skyscraper
Share on Facebook