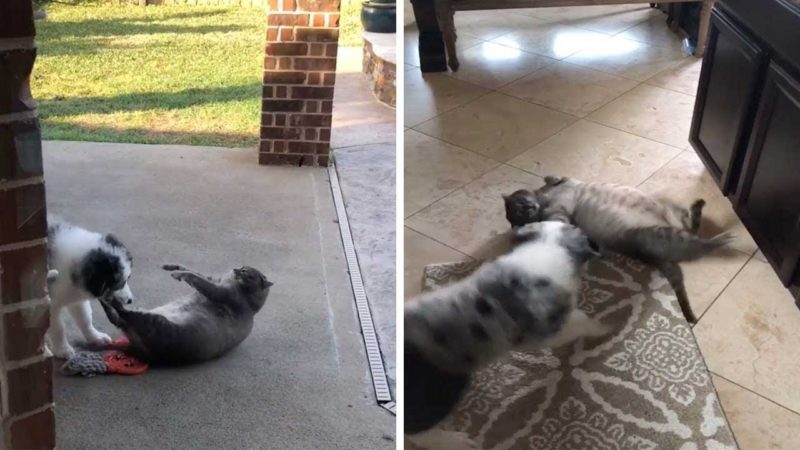 “There is no justice in this life,” the cat named Harvey angrily declares. As soon as you fix everything, arrange life and comfort, how do these two-legged people get bored and what do they do?

Yes, they take the dog into the house! You may ask where is justice here? How can a burly lazy cat resist a petty impudent one? 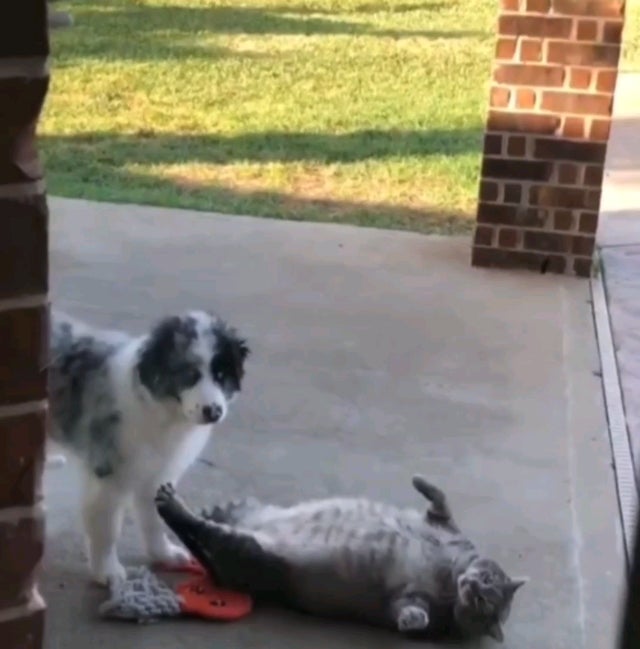 Once upon a time, there was Harvey the cat. And, judging by his appearance, he lived very well.

In 2017, an orphan kitten was rescued from Hurricane Harvey, which hit Texas.

The little animal then suffered a lot, and therefore diligently ate in the new family, compensating for the incurable moral trauma. It can’t be fixed, but it can be eaten!

Harvey succeeded in this, but how was he to know that in two years this misunderstanding named Blue would appear in the house?

As you can see, the Australian Shepherd puppy just wants to play, but for poor Harvey, even rolling over on his side is a heavy burden. 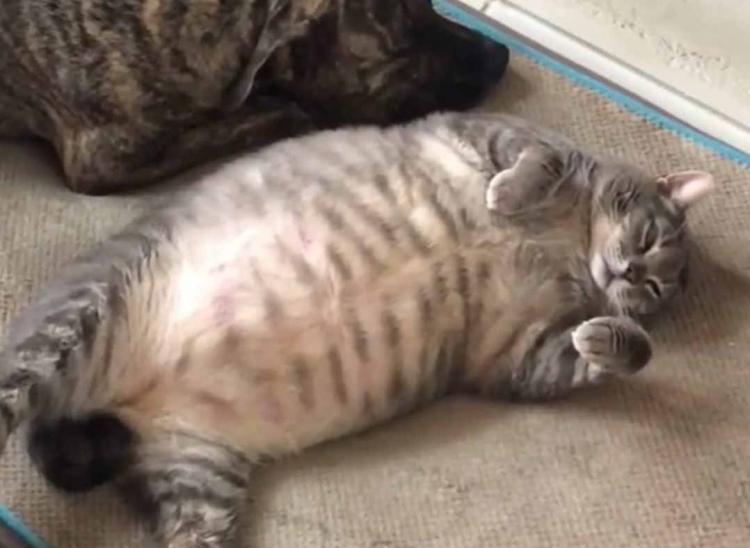 Blue does not have any respect for the problems of the cat, and if it were not for the compassionate owner, the cat would have had a very difficult time! Here it is, the injustice of life!