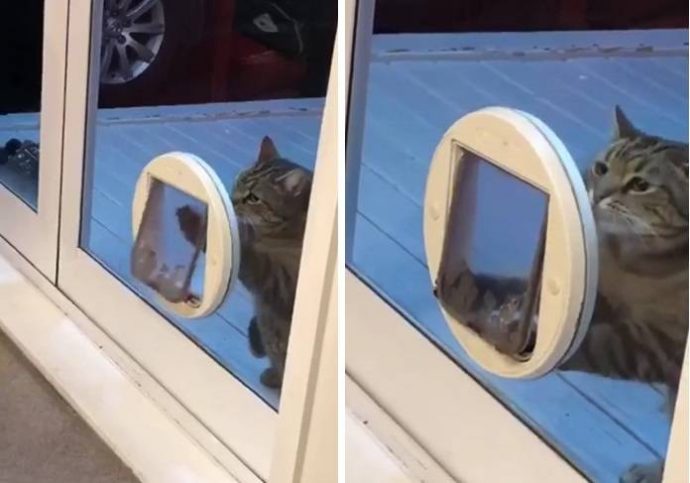 For years, a New Zealand girl named Ngawai MacGregor and her entire family believed that their cat, Mischief, couldn’t fit through a cat door just because he was fat.

To get into the house, Mischief approached the front door and scratched it with his paws. One of the family members came to the sounds and let the cat inside. 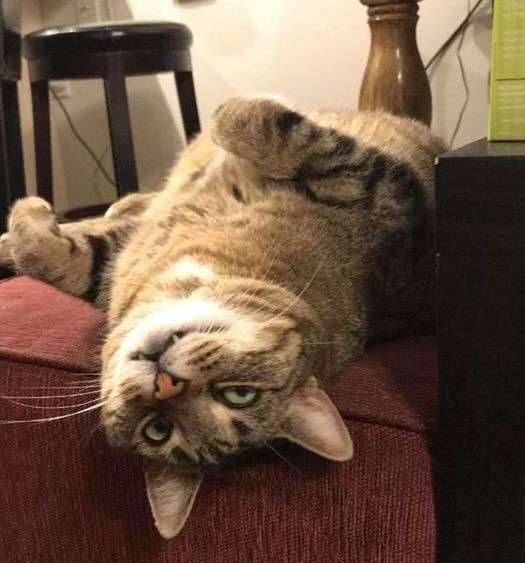 No one was surprised by what was happening because the pet was indeed very well-fed, and to be honest, fat. The whole family believed that the cat just couldn’t get through the little door. But this year, the truth came out!

Once the whole family was so busy with business that there was no one to go out and open the door for the cat. And the cat appeared in the house while all the doors were locked.

This was repeated several times, and then the family followed the cat. It turned out that the pet perfectly crawls through the cat’s door when it gets tired of scratching the door.

Having laughed, the owners of the purr realized that he didn’t like to squeeze through a narrow opening. It is much more convenient to enter through an open door.

Mischief is already eight years old. All these years he spent in a loving family.

By the way, no one overfeeds the cat, but when a pet goes on a free range, he somehow finds treats on the side. The cat is completely healthy, despite the fat.

Here is such a lazy and cunning cat! Is your purr capable of this too?

Fat cat didn’t fit through the door, but it turned out not at all because of his fullness
Share on Facebook